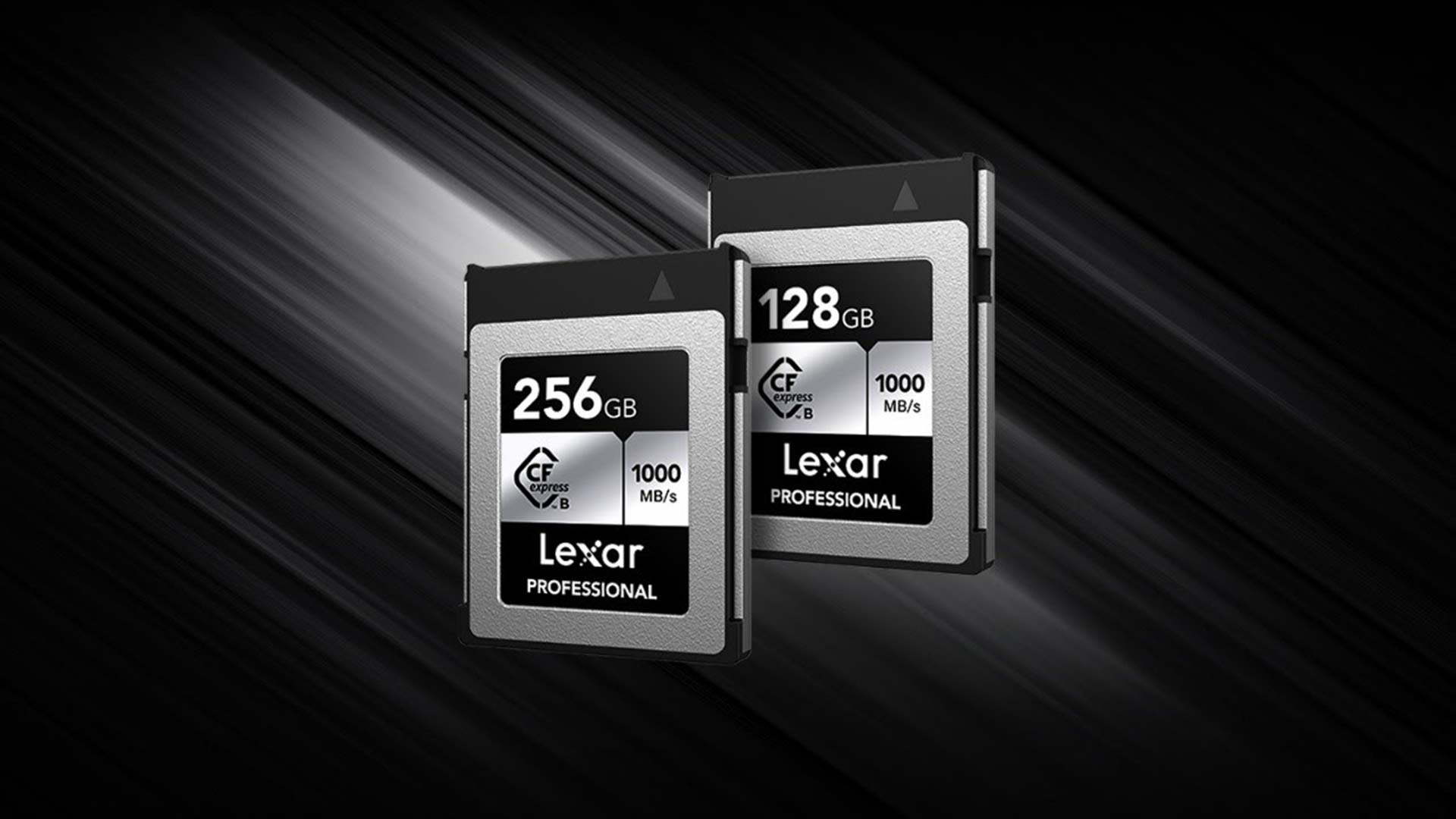 Camera manufacturers continue to push the boundaries of imaging technology, with HDR and ultra high resolution keeping digital video and cinematography on the cutting edge. And Lexar continues to run pace with the tech, and has introduced a new professional CFexpress Type B Card Silver Series.

The Lexar CFexpress Type B Card Silver Series is built for the bandwidth demands of high resolution video and images, including 4K that isn't compressed into oblivion. The cards, which come in 128 GB and 256 GB capacities, can read up to 1000 MB/s and write up to 600 MB/s, perfect for pristine 4K or RAW images capture from cinema, mirrorless, and DSLR cameras.

The new cards are compatible with firmware-enabled CFexpress cameras, plus they are backwards compatibility with XQD cameras. That's great news, because filmmakers and video professionals won't miss out on the new Lexar CFexpress Type B Card Silver Series.

Being able to capture great looking 4K video on set or location is vital to every workflow, especially when filming on tight deadlines, and the Lexar CFexpress Type B cards silver series keep the stress levels down with those incredible write speeds.

However, the 1000 MB/s read speeds are equally important when transferring the footage to your drives for post-production. Being able to quickly 'dump' footage into your system and start cutting without waiting around is the second part of a streamlined workflow.

It wasn't that long ago that cards were breaking 500 MB/s write speeds, and Lexar isn't content to just sit around. That's why I mentioned the cards needing to keep pace with the imaging technology. Lexar also has super fast cards that read at 1750 MB/s and write up to 1000 MB/s. No one want to increase the compression of their cameras because cards can't keep up.

Learn more about the new Lexar CFexpress Type B Card Silver Series on its website.