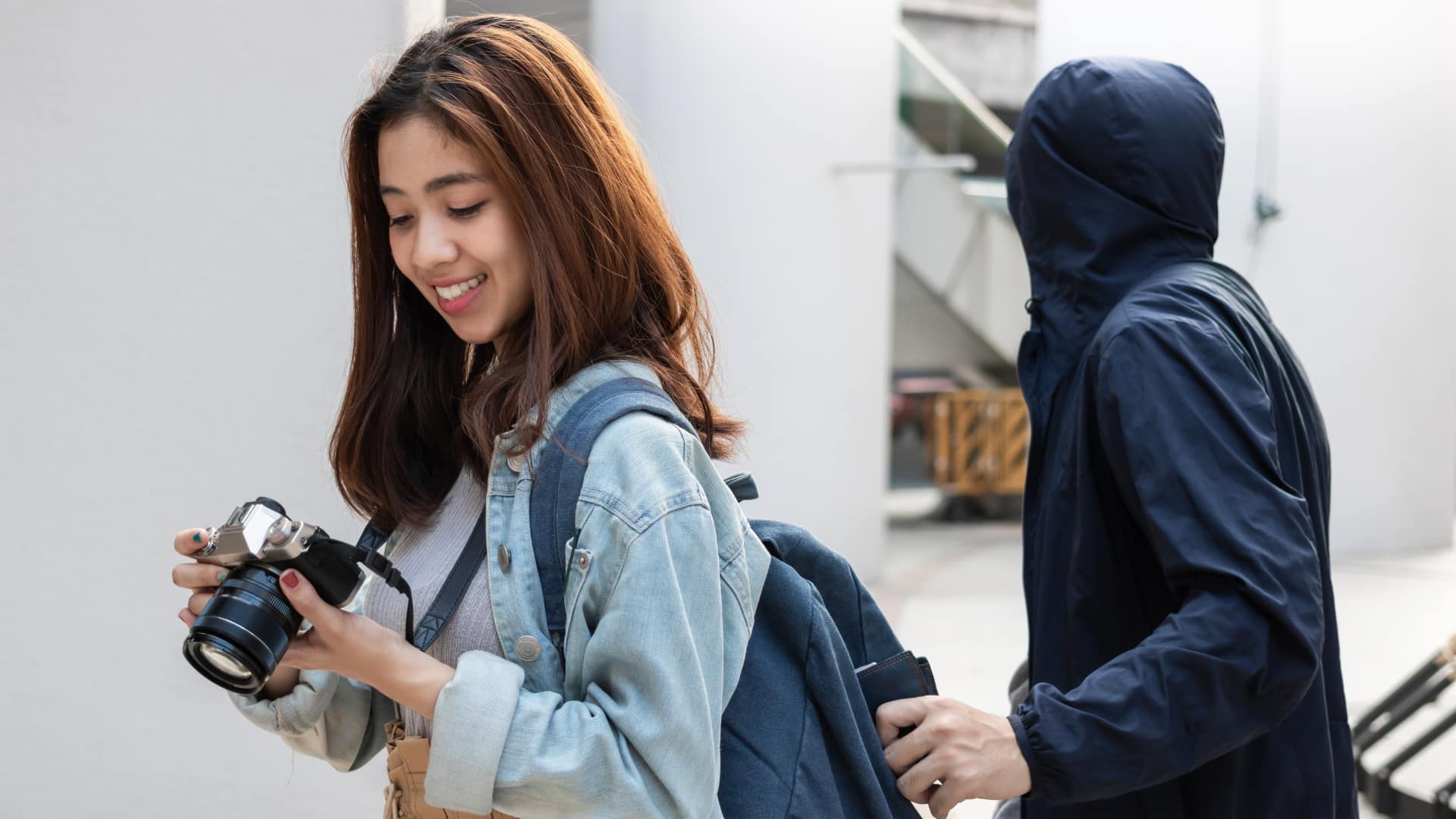 3 minute read
Recently, the camera's been at risk as much as anything else. Pic: Shutterstock

A recent spate of robberies of camera gear in San Francisco has highlighted a very real problem. But there are possible solutions.

Recently, it seems that San Francisco is developing an endemic crime problem relating to the theft of camera equipment. The range of incidents include TV crews being robbed of their gear in broad daylight, with one resulting in the death of their security guard, to tourists, through to professional photographers being followed home.

Multiple shootings have resulted in robbery attempts, and it seems that it's an issue that is growing. San Franciso isn't alone in this either;  the BBC was the target of thieves in the middle of London in 2018. Now that TV crews have become a target, something that a few years ago would have been unheard of, it's time to take things seriously.

What can be done?

Of course, more prominent policing is one thing, but in more remote areas this is difficult, and we Brits all know the problems of police cuts in the UK. One US photographer has decided the solution is to use a smartphone for city shoots. Not only do camera phones produce great results now, but smartphones have one feature that can make them less desirable to thieves, and that's remote disabling. It's very hard to sell a phone on if it has been nerfed by its owner. It's harder still when the phone can be tracked, and there have been cases of owners getting their devices back thanks to this very feature.

High end camera gear has been quick to make advancements in image quality, but less so on on a lot of other technological fronts. Manufacturers' apps for high end stills and mirrorless cameras, for example, are often still extremely clunky. Maybe it's about time this usability aspect was taken more seriously, and the ability to remotely disable stolen camera equipment developed.

There is a slight obstacle to this in that, unlike a smartphone, a mirrorless camera, DSLR, or even an ENG camera, is rarely, if ever, connected to the internet directly, or to a cellular network. But this could change.

Consider the price of a camera such as the Nikon Z 9 for a moment. The kind of user who owns such a piece of gear will be paying yearly insurance, which is fine. But it would be a very small additional cost to have an eSIM system built in that the camera owner could set up. It needn't be expensive, either, since the camera won't have any large data requirements for such a thing. It would need just enough to be able to communicate through device tracking software and enable features such as remote device locking, or even transmitting a message to be displayed on the LCD when the camera is turned on to alert any would be purchasers that the camera is stolen. Even if the camera was sold on successfully to an unwitting purchaser via eBay, the owner could still be reunited with the camera.

Such a system wouldn't eliminate the risk of thefts, but if thieves knew that cameras had such abilities it would make them less desirable, particularly if the device was trackable via GPS signal. After all, if the police respond quickly to a shooting in a country like the US, device tracking could mean the criminals being apprehended right after the crime. Or at the very least there's that possibility, thereby reducing the attraction of risking the violent theft in the first place.

Online sales places such as eBay and Facebook also need to start taking this type of problem seriously as well. For example, providing an easy ability for owners to log stolen equipment's serial numbers followed by an absolute requirement for any seller of camera equipment to log the number on the item listing so it can be automatically cross checked against the database. Trying to list the item in a different category to circumvent it? No problem, AI can easily be made to identify images of cameras and then cross check the category the device is being listed in.

As long as there are expensive cameras and electronics devices, there'll be those who want to steal them, sometimes violently. Whilst manufacturers like Apple take device tracking and security seriously when equipment is stolen, it's about time all other manufacturers took a similar stance. And it's about time companies like eBay and Facebook Marketplace did so, too.