Apple has debuted the iPhone 12, with the 5nm A14 bionic chip, new 5G capabilities, LIDAR, and a new body design amongst the many new additions.

Apple certainly aren’t first with 5G, but they’ve a reputation for doing things right. In combination with the world’s first 5nm smartphone chip, Apple are all-in on the promise of a true generational shift with 5G a standard on its most diverse iPhone line-up to date.

Despite the inclusion of 5G, which has seen other phones bulk up, the standard iPhone 12 is 11% thinner and 16% lighter than the 11. It is also flanked by a new concept 5.4-inch iPhone mini and two Pro models.

They all adopt an ‘all-new’ design, which is basically the notched, all-screen display introduced with the X but with the flat edges seen on the iPad Pro and, of course, 2010’s iPhone 4. The most significant chassis innovation is hopefully Ceramic Shield with the promise of 4x better drop performance. 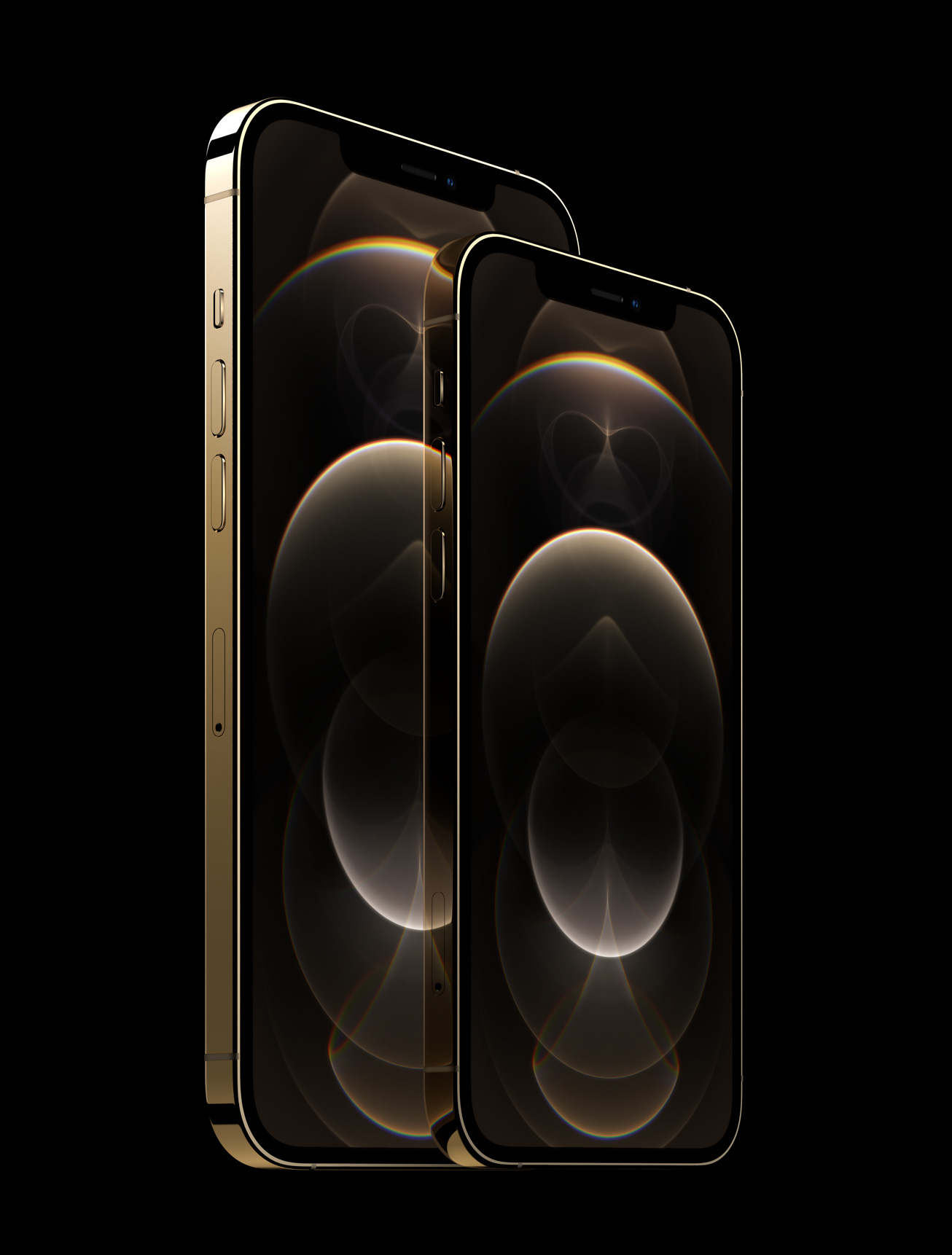 iPhone 12 Super Retina XDR for all

The camera systems also see significant improvements, with the Wide angle lens on all models getting a ƒ/1.6 aperture as compared to the 11’s ƒ/1.7, while a new 7-element lens allows for a 27% improvement in low-light performance. Equally significant, Night Mode and Deep Fusion will work across all cameras, front and rear, not just the Wide lens.

10-bit 4K HDR video is also supported thanks to the new A14 chip, which made its first appearance at the iPad Air reveal. The world’s first 5nm smartphone chip has 11.8 billion transistors - a 40% increase over the A13. A large part of that increase is the neural engine - doubling from 8-16 cores and 80% faster with up to 11 trillion ops per second. CPU and GPU performance increases over last year are significant, but not as stunning as previous years.

For 5G, Verizon’s CEO was on stage to promise ‘5G just got real’ with super fast downloads and uploads, plus less latency for super-responsive gaming. The potential is vast, but despite iPhone 12 having the most 5G bands of any smartphone ultra-fast mmWave bands are limited to US. Surprisingly, this support is reflected in a custom groove on the US models which acts as a window on the right hand side for mmWave 5G. This is the part of 5G with the highest speed, but the shortest range. It’s ideal for scenarios like an NFL stadium where Verizon will enable up to 7 simultaneous video streams to a 5G iPhone. 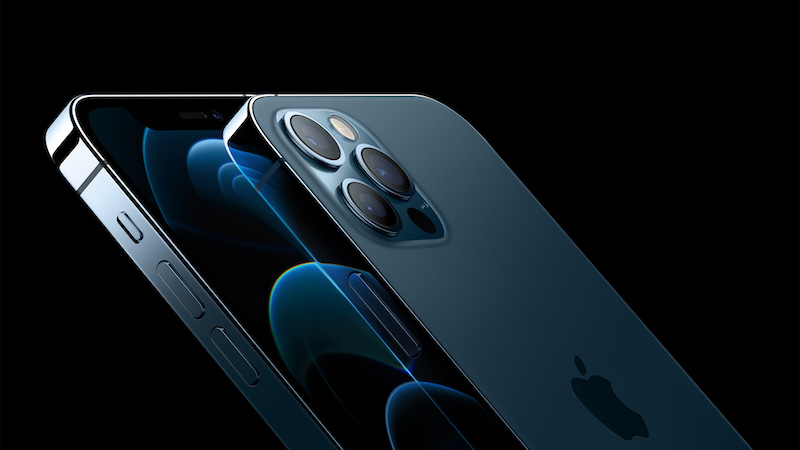 Outside the US, Apple promise the fastest carrier roll-out to date. Even so, the potential of 3.5Gbps downloads, 200mbs uploads was caveated with in ‘ideal conditions.’ Apple stressed how they’ve worked to optimise the entire iPhone software stack to exploit 5G… including Smart Data mode which steps down to 4G for low-speed operations so as to maximise battery life. When you can reliably download a 4K movie in less than a minute is, for most people, years away.

As a demo, we saw League of Legends: Wild Rift which is a mobile-optimised spin-off of the PC MOBA e-sports game. Reduced latency makes it playable anywhere with 5G, apparently, but a more compelling demonstration of 5G could have been Microsoft’s xCloud streaming game service, but that won’t surface until 2021 as a browser end-run around App Store rules.

None of the iPhones will come with a charger or AirPods, but there will be a Lightning to USB-C charging cable that enables faster charging speeds (with a suitable charger).

Now that the entire line-up has gone OLED, the premium pricing of the iPhone 12 Pro models becomes harder to justify. There are two models, with the entry-level having a 6.1-inch screen - the same as the standard 12 but slightly larger than 5.8-inch 11 Pro. The 12 Pro Max has the biggest iPhone screen yet: 6.7-inch compared to 6.5-inch last year.

The key differentiating features come down to the camera system with both Pro’s having the LiDAR sensor introduced with the 2020 iPad Pro. This allows the Pro models to create a detailed depth map virtually instantaneously, transforming the potential of AR apps.

It is, truth to say, still early for AR outside niche applications but it provides an immediately useable benefit to the Pro Camera System. Autofocus is up to 6x faster. Night mode portraits are now possible.

As before, both Pro models are distinguished by having a third, telephoto rear-facing camera. The standard model keeps to 52mm while the Max gets a new 65 mm size. The sensor is also 47%
larger and the Max camera system features enhanced OIS with sensor-shift stabilisation. The Max also has a 2.5x optical zoom compared to 2x on standard. 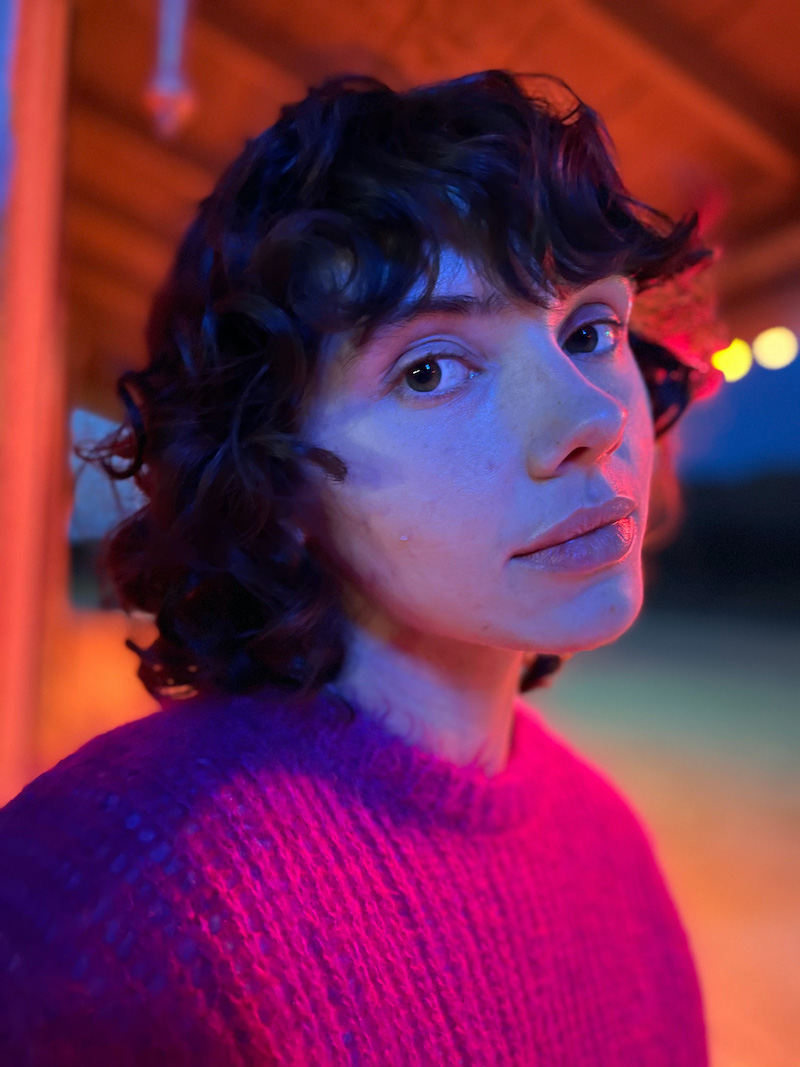 For video, all iPhone 12 models support 10-bit 4K HDR with Dolby Vision capture using real-time grading of every single frame on the iPhone itself. As Apple says, this process is normally reserved for professional post-production, but the A14 chip enables capturing two exposures of each frame, then creating a histogram to generate Dolby Vision metadata. This content can then be edited, in Dolby Vision, on your iPhone with Photos, iMovie and Clips, then later this year on FCPX on Mac. You can also directly send Dolby Vision content to a compatible TV using AirPlay. The Pro models support 4K HDR at 60fps, while non-Pro deliver 30fps.

Demo footage of wild horses shot from car and drone was stunning. No surprise, perhaps, when the cinematographer is Oscar-winner Emmanuel Lubezki.

Later this year, Apple will also enable the Pro models to support a new proprietary format, ProRAW, which is designed to allow advanced users to better exploit the potential of the iPhone’s computational photography by storing and making editable all that on-device image processing. This will be enabled in Apple’s own Photos app, but there’ll also be an API for third-party apps.

As for pricing, it starts at £999 for the Pro and £1099 for the Pro Max, with both having 128Gb storage. Pre-orders open 16th October and 6th November respectively.

Out of the ashes of the ill-fated AirPower, Apple have come up with MagSafe which uses magnets on the iPhone itself to more firmly line-up on compatible charging devices, such as its new MagSafe Duo Charger with 15W fast-charging. MagSafe also supports revamped cases, making them easier to fit, plus even a snap-on wallet. There’s also a new mini HomePod for just £99 with a slew of new Smart Home features to battle Alexa.

Apple always promise: the best iPhones ever. This is likely true, but not automatically so when other manufacturer’s first generation 5G models suffered with battery life and overheating. The new iPhone 12 mini at £699 looks excellent value, while Pro models need to prove themselves worthy of the fascinating Dolby Pro Vision capability. And, still come, Apple Silicon Macs that should prove more than capable editing machines…

DPA Microphones and Rycote team up to help filmmakers

This advice from Casey Neistat is gold for new...

iZotope RX8 Advanced: One of the best just got better