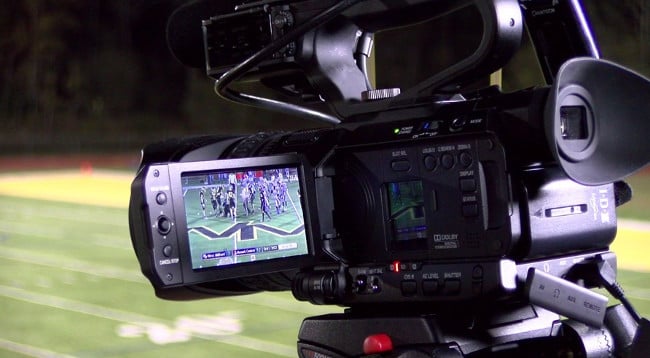 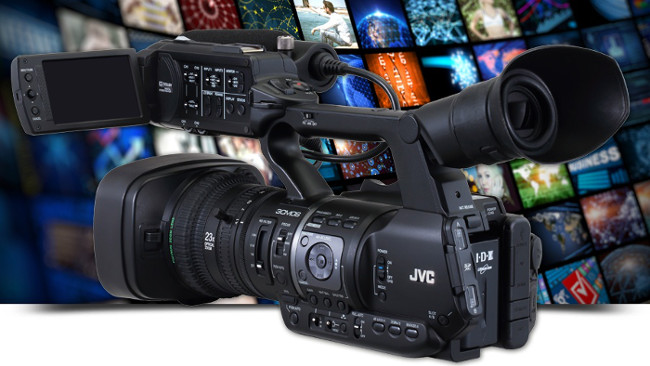 While its docket may be short on new announcements, JVC is using IBC 2016 to bring previously announced products, features and services to the forefront.

There's probably some expectation that brands use the occasion of big, industry-wide conventions, like NAB in Las Vegas and the upcoming IBC in Amsterdam, for bombshell news about products that have the potential to reshape the industry. The reality is that product development cycles don't fit into exhibition schedules so neatly. While much of the pre-IBC news this year has been dominated by Canon and its surprise announcement of the C700 Cinema EOS camera, other manufacturers without such splashy news fodder may employ more of a 'recap' strategy for IBC, reminding us of what they've announced or released in the previous months.

JVC falls into that latter category, yet IBC 2016 presents an excellent opportunity to review recently announced products and services that will be on-hand in some form at the show. 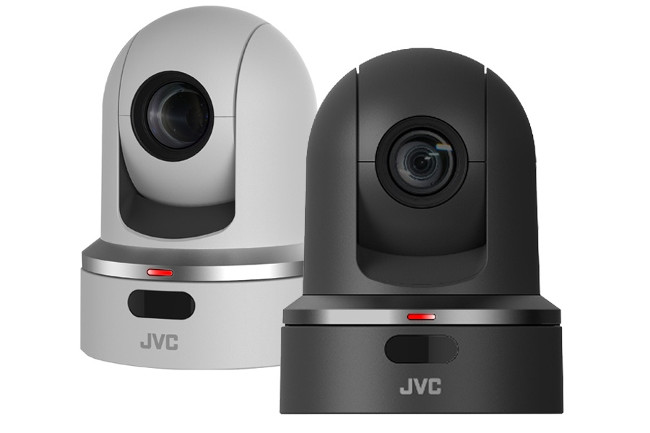 JVC KY-PZ100 in white and black

Perhaps the JVC KY-PZ100 isn't what leaps to mind when one considers a 'robotic camera', but the camera is the company's first robotic PTZ (pan-tilt-zoom) video over IP production shooter. First revealed and exhibited at NAB 2016 back in April, the camera currently carries an important distinction. "There are plenty of PTZ cameras on the market, but none have a direct host USB connection to a 3G/4G modem or Wi-Fi adapter," said Gustav Emrich, JVC European Product Manager. "This unique capability allows our PTZ camera to be placed anywhere there's a power source and stream broadcast quality HD video."

The KY-PZ100 will stream 1080p video at up to 60 fps from its 1/2.8 inch CMOS sensor and 30x optical zoom lens. It will be $3,195 when it tentatively arrives this October, although you may pre-order one now with your favorite retailer.

JVC launched VIDEOCLOUD this May as an online and live streaming video platform. The company is targeting small business and independent creatives with a service that claims to allow the user to "broadcast live events around the world," featuring recording and cloud-based transcoding functionality.

While the streaming capabilities might take center stage here, the more impactful part of the service package may be, well, everything else. Small business and independent creatives need business-focused solutions and it seems JVC has developed VIDEOCLOUD with those needs in mind. There are content, metadata and access right management systems included, as well as customization and monetization options. VIDEOCLOUD even gathers customer insights through a series of metrics and Google Analytics integration.

A firmware update from July added IFB (interruptible foldback) functionality to the GY-HM660 ($5,495) camcorder. This features allows for two audio feeds, one for the camera operator and one for talent, from the studio for communication.

The camcorder tops off at HD recording, which may put off those who require 4K recording, but this compact ENG camera is obviously aimed, again, at small business and independent content producers that care less about future-proofing than using what will work best for their present workflows. The grab-and-go, all-in-one form factor is ideally suited to news-gathering and the addition of IFB to the GY-HM660, as part of a free update, no less, sweetens the pot for anyone looking for a feature-rich compact ENG HD shooter. 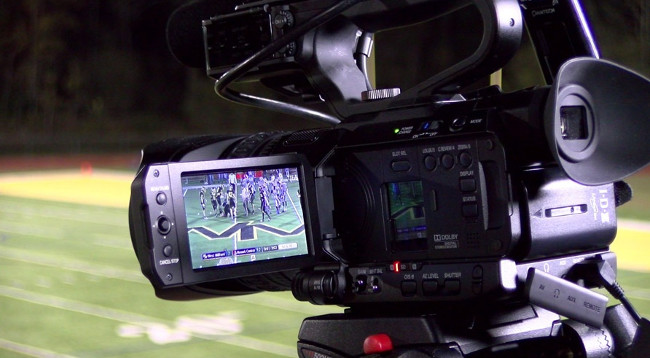 Last, but not least, we have two graphic overlay camcorders, the GY-HM200SP ($2,595) and GY-HM200BC (price unknown), which are variants of the HM200 4K live streaming camcorder. The idea behind these shooters, which first debuted at the end of 2015 (the HM200SP, to be precise), is to give operators that shoot sports a way to display scoring information with one camera and no other hardware, save for smartphone for score updating. This graphic-overlaid video can be output through live SDI and HDMI, as well as the live stream.

The GY-HM200BC, the lone 'new' arrival on this list, is nearly the same camera as the SP-model, with one addition. With the BC-model, you may customize the lower third graphic with a channel logo for branding. I'm a little unsure why this feature necessitates its own discrete version, but perhaps a reason will materialize as we learn more about this camera.

Again, these JVC products on exhibition may not be exactly new, but when taken as a whole, it's clear that the company is focusing on video over IP and streaming technology, in general, for IBC2016 and beyond.

We'll be on-hand at IBC 2016, so expect more coverage of JVC as well as other manufacturers, with breaking news, reports from the floor and post-show analysis!