IBC gets very serious about IP 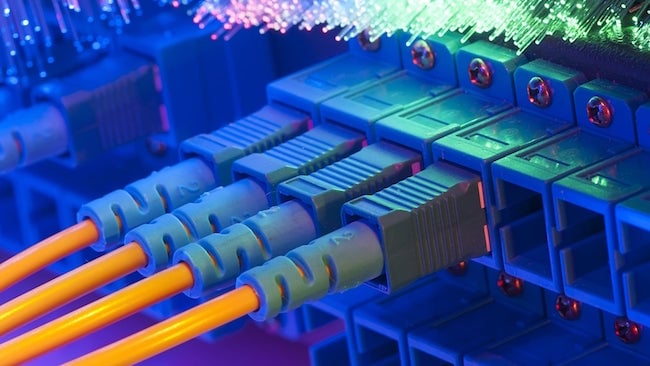 IBC’s feature areas have always been a great way to measure what the industry thinks of as a) important and b) new enough that the technology might need further explaining, and the introduction of the IP Interoperability Zone confirms that IP production is now officially One of the Next Big Things.

New formats which can change the visuals that the industry relies on regularly make the headlines, and there is no doubt that 4K, 8K, HDR and HFR are rather more sexy subjects than IP. But, and we’ve written about this before several times recently at RedShark (and have even created a sub-category for stories about all things IP), this is a change that can be considered more far-reaching than anything apart from the cloud. If you’re going to work in any form of electronic media in the future, you need to be across this stuff.

The new initiative sees a 150 square metre area in Hall 8 given over to the zone and promises dedicated demonstrations showcasing interoperability featuring an IP studio at its heart (which is based on the technologies of the JT-NM roadmap that Belgian broadcaster VRT has been using daily on-air all this summer as part of the LiveIP Project in collaboration with the EBU and the project’ twelve technology partners). As these things are not wholly altruistic and tend to live or die on people booking stand space, the zone also provides space for visitors to discuss the benefits and challenges of IP workflows with a large number of diverse vendors, each aligning their efforts to achieve standardisation and seamless inter-working.

It’s interesting timing. IBC chief Michael Crimp says that even just a few months ago “the whole field of IP and interoperability was an alphabet soup of seemingly unrelated organisations” and this Zone is being run under the auspices of both manufacturer body the IABM and industry special interest group the Alliance for IP Media Solutions (AIMS).

Other feature areas well worth checking out (especially as they're free) include the Content Everywhere Europe ‘show within a show’ in Hall 14 which pretty much covers the whole field of what is essentially the consumer side of the whole IP equation and features everything from rich media production, to devices, apps, social media, content personalisation, big data, second screens, investment and more. It also has a mini-theatre in its centre, the Content Everywhere Hub, featuring a programme of free sessions and product demonstrations exploring all of the above.

There’s another free stream of theatre presentations at the IBC Technology in Action Theatre in Hall 3, consisting of a series of free-to-attend industry case studies covering the themes of Cloud, IP, Production, Post Production and Delivery. And then there’s the increasingly intriguing Hackfest, which sees over 100 talented developers, designers and entrepreneurs come together to brainstorm and build out ideas over an intensive 36-hour period on the showfloor.

To register for IBC and see all of this and more, click here (and do it by the end of the day — the 19th of August — and you can still qualify for free entry to the Exhibition).