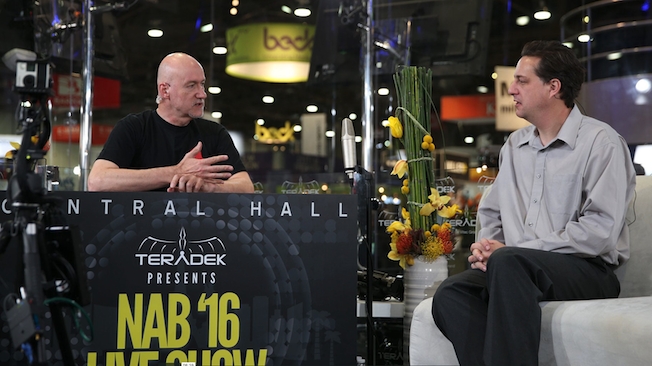 Live from the NAB showfloor

All through NAB, our David Shapton presented the 10:00am slot on Teradek's live NAB TV show, and you can rewatch the best bits here.

This fifth episode of our shows captured from the NAB 2016 showfloor features Andrew Cross, President and CTO of NewTek, and looks into the company’s new NDI protocol for video over IP amongst other things.

“To be honest, we didn’t now how it was going to work out,” says Andrew, frankly about NDI. “We’re not a huge company, but we do believe fundamentally that the world is going to move to live video production over IP. And so we took what we’ve learned over the years doing this, opened it up to everybody, and the reception has certainly exceeded any of my expectations.”

A lot of other people’s too. As Andrew reveals, 200 companies are currently making products with the technology, which will represent over one million enabled users in the field within the next couple of months.