In pursuit of the perfect vlogging camera 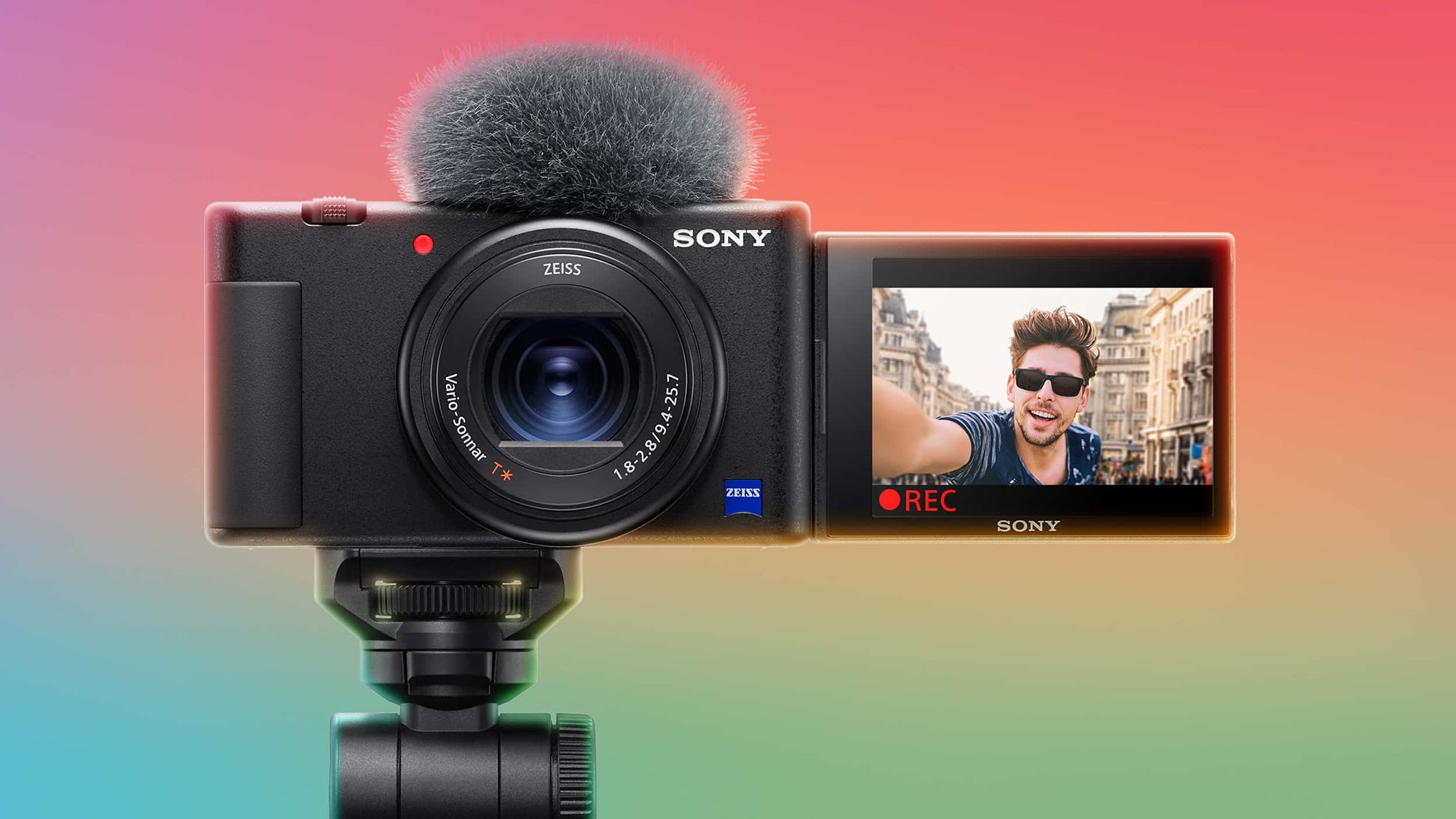 Just what makes the perfect vlogging camera? Josh Edwards takes us on his journey to find his perfect camera for the job.

They may tell you the perfect vlogging camera doesn’t exist. They’re wrong.

Judging by the seemingly never-ending cycle of new cameras being released every week and the accompanying slew of YouTube reviews, it can be hard to keep up over here at RedShark. You’d like to think that amongst all the brilliant options out there on the market today, there is at least one that ticks all of the boxes and attains the coveted title of ‘best vlogging camera’.

But it’s just not that easy. And I should know. I’ve lurched from one camera to the next, back and forth, this way and that, from one brand to another. There’s always something missing. That is, until there wasn’t. One day, I finally found it. The perfect vlogging camera. Here’s how I got there.

Let’s get one thing immediately straight here - I was never under any illusions that my trusty old Nikon D5200 was going to be the perfect vlogging setup. But it’s worth a mention because this is where it all began. Aside from an iPhone 5 (laugh it up), this was my first real foray into the world of filmmaking and creating videos on YouTube.

It just about did the job. It had the basics down - an articulating flip screen so I could frame myself, a good choice of native lenses (and accompanying autofocus), an okay(ish) audio output and full 1080p HD recording. It wasn’t amazing but it served me well for a few years as I cut my teeth in the world of filmmaking. Don’t we all love putting on our rose-tinted glasses when we reminisce about those first few years in the business?

Of course, it would never last. Eventually, I outgrew the Nikon and it simultaneously began to disintegrate thanks to several jaunts through the wilder ends of Indonesia, Iceland and Australia. Next. 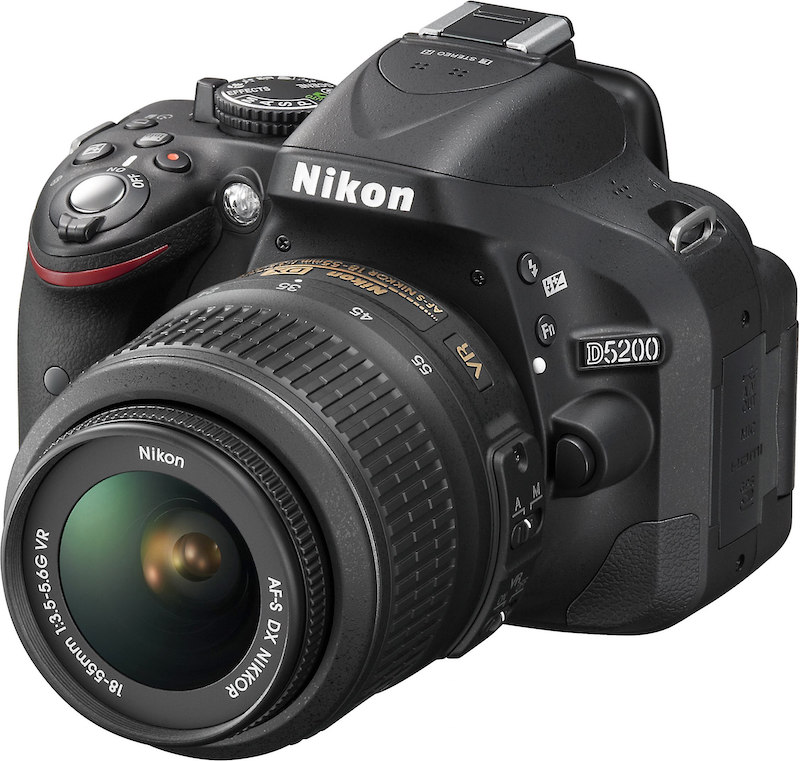 My Nikon D5200 disintegrated (make of that what you will) so, you’ll have to make do with this stock image.

I adore my Panasonic GH5. I really do. Even four years on from its release, it’s still matching the very new and best releases. It’s a marvel. A true workhorse that has never failed me. I’m not going to bore you with all the amazing attributes because you have undoubtedly heard them all before (Simon’s brilliant piece here highlights everything I would ever want to say on the matter).

But as a vlogging camera? I really wanted it to work. I was desperate to keep this relationship going. But over time, things just didn’t work out. There were those classic ‘just that one thing that lets it down’ moments that kept cropping up.

When shooting pieces to camera on the go, it’s annoying but, nine times out of ten, you really do need reliable autofocus. This is a known achilles heel for the GH5 and I couldn’t help but notice myself constantly pausing halfway through a shot to twiddle with the lens and settings, mumbling ‘was I in focus there?’

On top of this, despite its great size to cinematic output comparison, when it comes to vlogging it is just a big, bulky bastard. The vast majority of cameras are, once you’ve stuck a shotgun mic on top, a big lens and Joby Gorillapod. The full Casey Neistat, as they say.

I found myself struggling to film consistently during a full day of hiking, as if a 30kg rucksack wasn’t enough to keep me occupied already. It proved too heavy for on-the-go action. It also attracted far too much attention in public, making me acutely aware of all the people staring at me and confirming that yes, I did look like a bit of a dick, didn’t I?

So eventually, I came to the conclusion that this was not the one. I set my GH5 aside, utilising it for those cinematic moments and the professional camera work that it is so accomplished at. I went in search of something else. 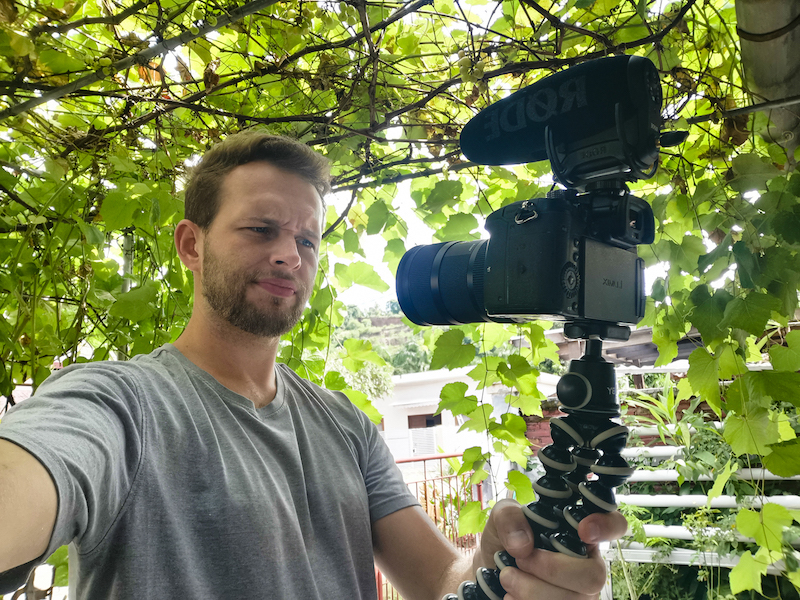 I’m not sure how the likes of Casey Neistat managed this for years on end without causing serious shoulder damage.

The problems I encountered with the GH5 as a vlogging setup (too big and bulky, too much fiddling with all the settings) lead me to dabble with the GoPro Hero series of cameras. Could this be the answer to my problems?

In many ways yes, it was. I picked up a GoPro Hero 7 Black (at the time, the flagship camera) and it instantly fixed the transportation problem, weighing just a fraction of the GH5. It was also so small that I no longer had to worry about drawing attention to myself in public. It’s worth bearing in mind that when many people see a GoPro, they automatically assume you’re just an amateur - a punter with his new gadget. This all helps, when vlogging. The less attention you draw to yourself, the better.

For a month or so, I played around and found the GoPro rather fun to work with. It had acceptable image quality (by no means world-beating) and really buttery-smooth built-in stabilisation. But...there’s always a but. I came to the conclusion that long term, this was not the solution. This was just a quick rebound and ultimately, I needed to keep looking.

The in-house mic on the Hero 7 Black just didn’t quite cut it. The same can be said for the Hero 8s and 9s since. They’re good considering the price point and size, but I’m a picky, awkward customer. Even when I hooked up the pricey external mic from GoPro, I wasn’t that impressed and having to do so meant that suddenly, the GoPro wasn’t so small and discreet. There was also the issue of battery life, a fluctuating exposure that you couldn’t always trust and no flip screen.

Much like the GH5, I resigned the GoPro and let it flourish in its natural environment as a great action camera and nothing much else. It had fixed some problems, but created others. What I needed, I realised, was a blend of the GH5’s image quality and audio options, combined with GoPro’s size, weight and portability. Did such a thing exist? 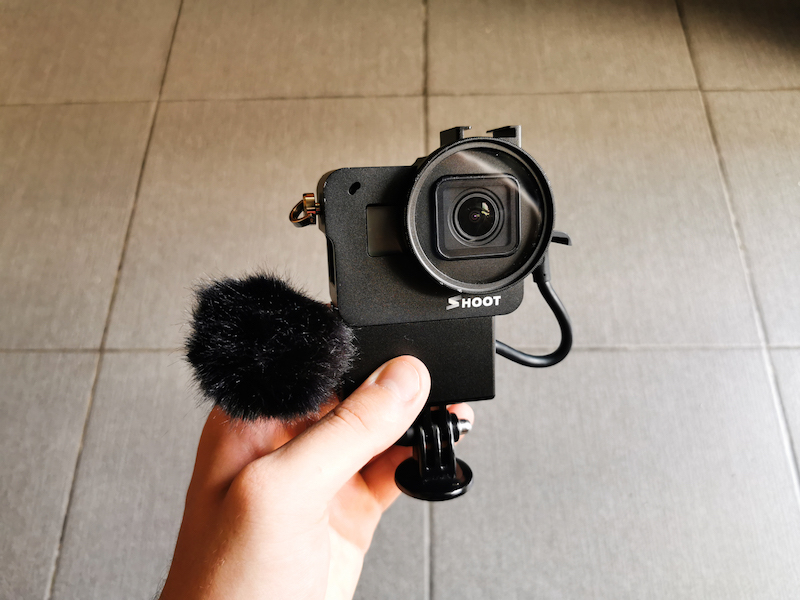 Once I’d added the external mic and accompanying housing, the Hero 7 Black lost some of its ‘transportability’ shine.

On May 26th, 2020, that question was answered. The Sony ZV-1. All hail the king of vlogging cameras. This was it. This was the one!

I picked up the Sony ZV-1 in the summer of 2020 with great expectations, having heard rave reviews across the internet. I haven’t looked back since.

Look - there are some quirks and tiny, miniscule little things that if we lived in a perfect world, I would change. The image quality is not incredible, but what do you expect from such a small camera? There are obvious limitations but it gets the job done. It’s enough. There are other things like the hilarious 90s-evoking sound of the lens zooming in (I weirdly like it).

You see, ultimately, vlogging isn’t about getting the greatest image. It’s about recording in the moment, on the go. So for me at least, the perfect vlogging camera is the one that takes out as much of the hassle as possible and just lets me focus on the moment. Because all I want to do is hit that red button and crack on. Set it and forget it. The Sony ZV-1 does this and it does it damn well.

It is, quite shockingly, as if the folks at Sony really sat down and honed in hard on what it is a vlogger needs. Great battery life, check. Great size and weight, check. Flip screen, check. Exceptional autofocus, check (that was a given, with Sony). It is, in my opinion, the perfect vlogging camera, fulfilling all of my wants and needs.

What gets me excited is the thought of where Sony may take this line next. Ultimately, it does all come down to personal taste and what you need as a filmmaker yourself. But I don’t think you can step far wrong with this purchase. Sony are on to something good here. 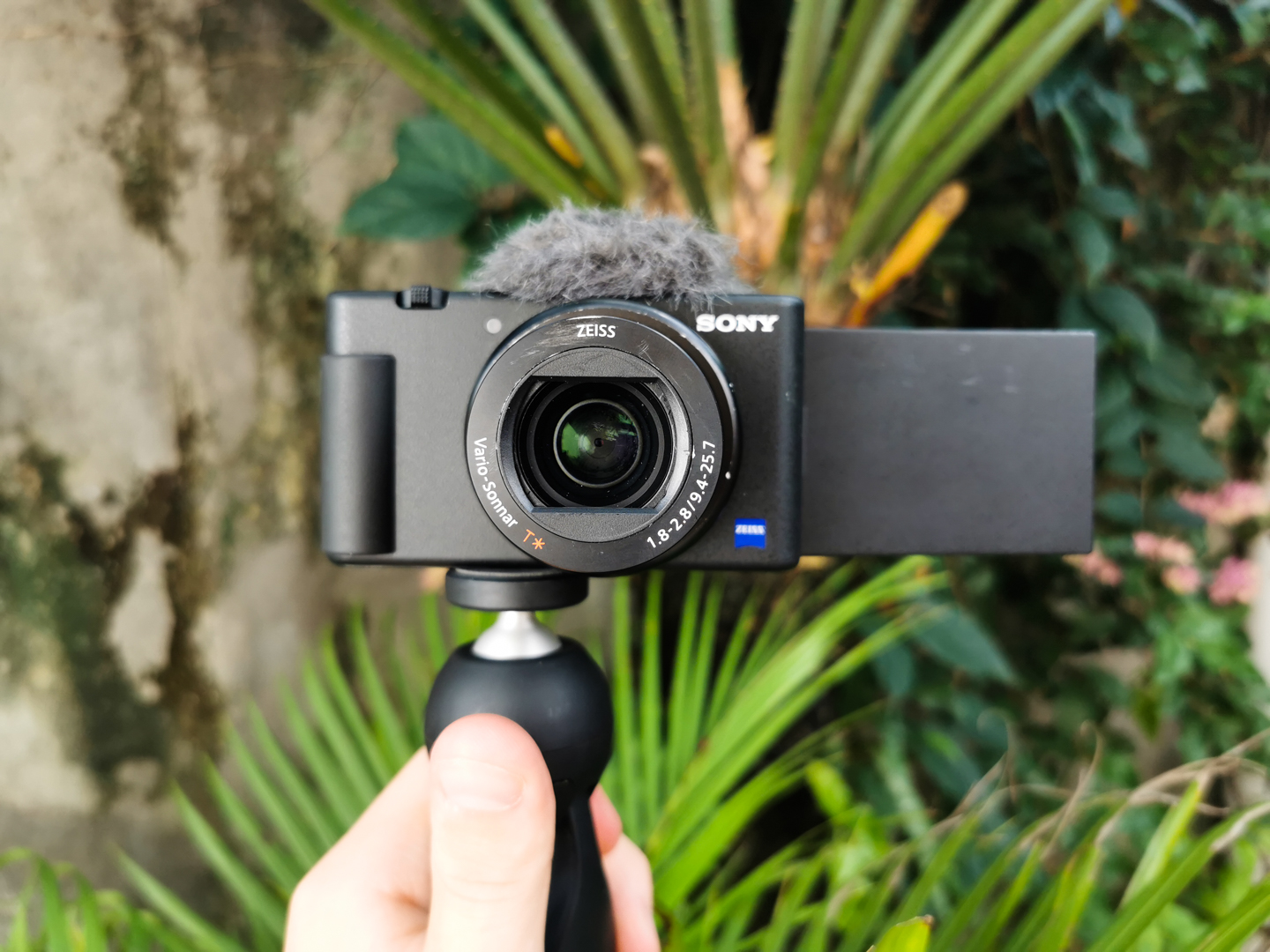 The one. With scuff marks to match, indicating just how much real-world use this thing is getting!