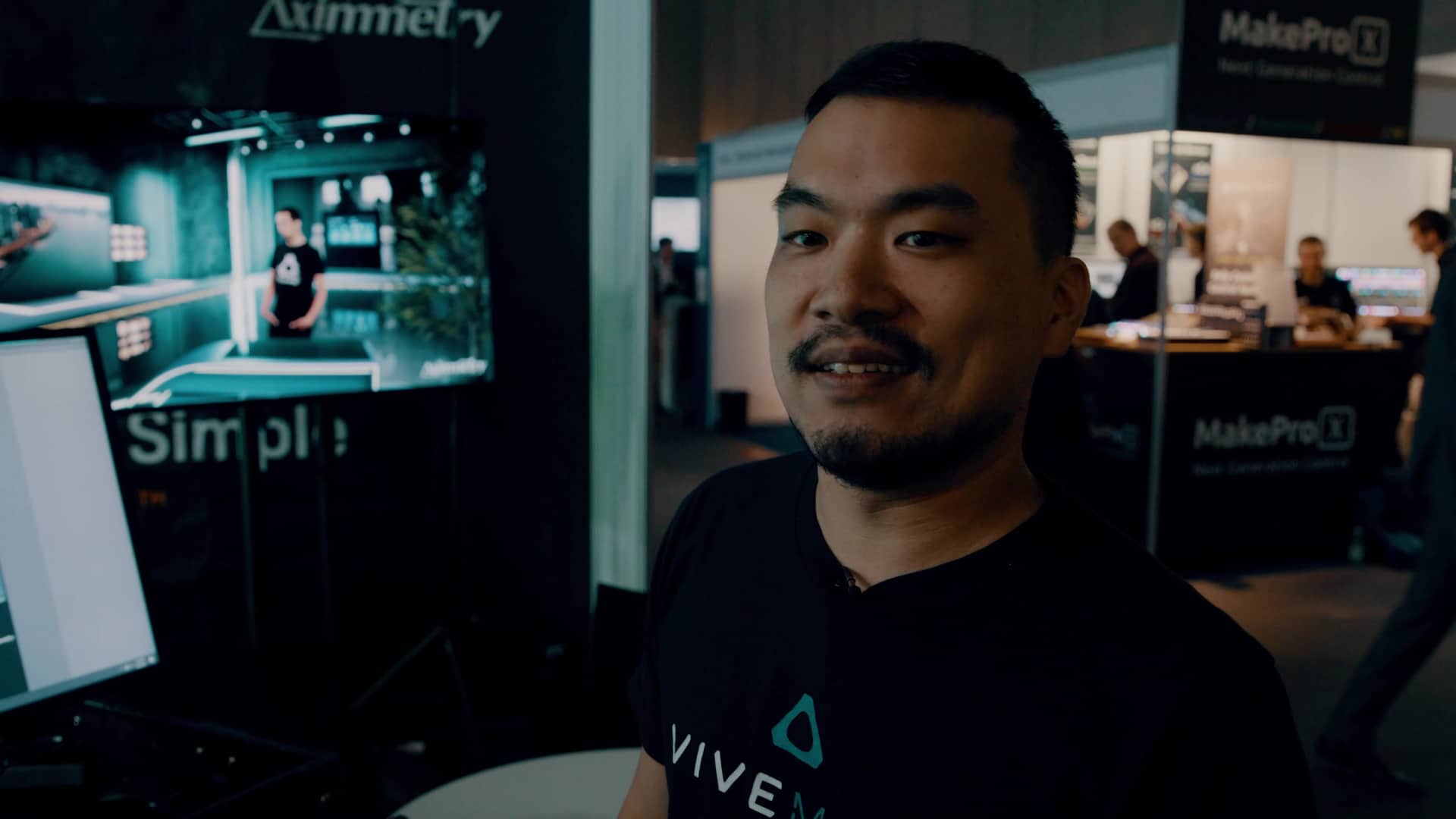 There’s a moment in this video when Tim Wen, Vive’s Product Manager showing our Bas Goossens around the company’s tech out on its IBC stand, starts panning away from the green screen and the Aximmetry software Vive’s Mars camera tracking system is hooked up to just fills in a virtual world instead of the cluttered roof of the RAI.

It’s a cool moment, but only one of many to be honest.

“You’re not lying are you, Tim? There’s no special server room anywhere?” asks Bas at one point.

“No, all there is this,” Tim replies gesturing at the system in front of him. “It’s not connected to the cloud. It’s a very closed system. The beauty of it is you can have your own virtual broadcast system in your living room or your garage and it’s really empowering for anyone who wants to just create content.”

Have a look below. As Bas says, sometimes it feels like this all just popped out of thin air a couple of years back and it’s a technology that’s already rapidly falling in price as it grows in capability. Vive’s two-camera Broadcast Bundle system at the show was available for under $9k. These are exciting times…

Find out more about VIVE here.