IBC Confirms Cancellation of the 2020 Show 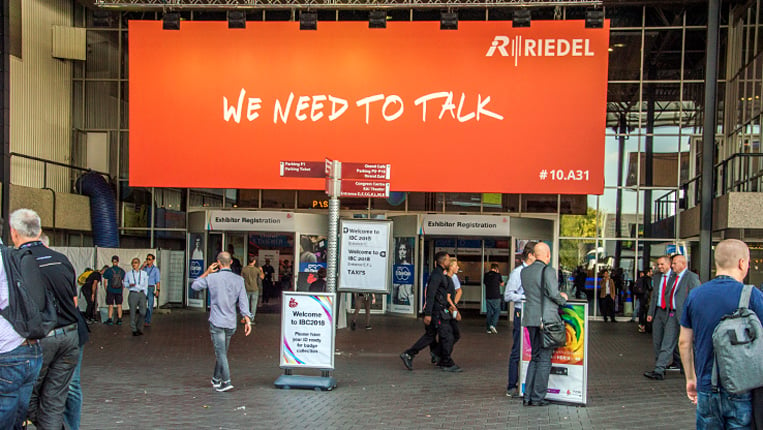 Michael Crimp, the CEO of IBC, has announced that the Amsterdam show won't run in September.

This will come as no great surprise to anyone who's recently watched a well-known television programme called The News with anything like a critical eye.  It's a much earlier decision that was made for NAB, although the Vegas show can be excused that to some extent as it was confronted with the outbreak of the pandemic during just a few weeks leading to the event.  Crimp and his team probably deserve a nod for making an early decision, unwelcome as it is.  The announcement states that “an early decision is preferential for the industry,” which it is.

The same announcement also mentions the sad reality that “important aspects of a large-scale event such as IBC will be greatly altered by social distancing, travel restrictions, masks etc.  So much so that the spirit of IBC will be compromised.”  That's likely to be true of a huge range of things, and at least some of those things are likely to be pursued regardless, but trade shows, sadly, are inevitably more or less the worst possible set of circumstances for infection control.

If there's any concern to be raised over this, it's that just five days ago, Paul Matthijs Lombert from Hedge wrote an open letter to the organisation over concerns about how worthwhile it might be to pay for booth space at the show.  He won't be the only person faced with this sort of dilemma.  We're waiting to hear from IBC about what the situation will be for exhibitors who may already have paid some part of their fees, not to mention air travel and accommodation bookings for attendees.  We'll update this article if any information becomes available.

In a wider sense, the cancellation of IBC 2020 also raises some questions over Cine Gear Expo, which traditionally happens a few weeks after NAB but which has been moved to October.  It's a smaller show, traditionally hosted on the Paramount backlot in LA, targeting high-end single-camera productions, and its loss will have a far narrower impact than the cancellation of NAB or IBC, but it's more likely to affect those smaller, more bespoke organisations and the fallout of a cancellation might be just as acutely felt within a smaller world.  The October rescheduling felt optimistic at the time, even in the context of a slightly more permissive American approach to the pandemic.  At the time of writing, Cine Gear is still set to go ahead.

The film and TV industries include some big names who are likely to be in a position to weather the storm for a few months, but it also involves some small to medium-sized businesses with just a handful of employees.  Outfits like these often make small amounts of gear for small markets, but they're important, and likely to find these circumstances very trying.

Just a few hours after this piece was published, Cine Gear announced that its event, which had originally been intended to run June 3-7 in Los Angeles and was then moved to the first four days in October, would not take place in 2020.

More information, of course, as it becomes available.