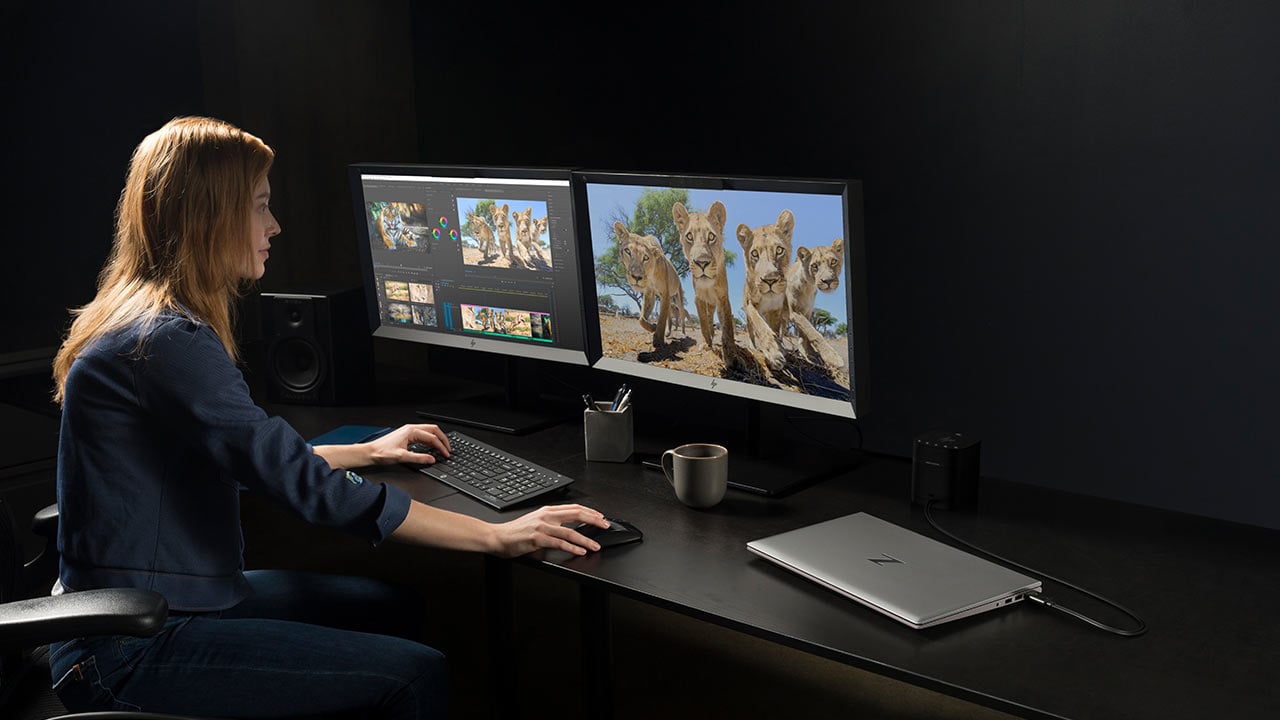 3 minute read
From the most powerful thin and light mobile workstation to desktop replacements. Image: HP.

Based on last year’s new stylish industrial design, HP adds the latest technology inside their ZBook line up for 2021.

Four new ZBook systems will be launched by HP in June and July: the Power G8, Studio G8, the 15-inch Fury G8, and the 17-inch Fury G8. All models share the advanced thermal design and stylish exterior design of the G7 models, so What is new?

Across the board, these models get upgrades to the new NVIDIA A-series GPUs as well as the 11th generation Intel Core and Xeon CPUs. Memory speeds are boosted to 3200 MHz, and Thunderbolt 4 is now in all the systems.

HP is upgrading its DreamColor display options to include models with 120 Hz refresh rates and Panatone validation. Thigher refresh rates will be welcome for professionals working in VR and real-time rendering.

Interestingly, it is the price conscious ZBook Power G8 which receives the PCIe Gen 4 upgrade with the other models remaining on PCIe Gen 3.

The new systems: sexy to secure

The G7 designs from last year added spectacular styling and advanced thermal management. This year, the stylish Studio G8 gets an upgrade to RTX A5000 graphics. This is an amazing feat in a thin and light mobile workstation.

The trick is not just hidden in the thermal management. There is a power (aka heat) budget for the GPU and the CPU. This means that the final choice of GPU dictates the available options for the CPU.

The G8 series also consolidates the G7 models of “Studio” and “Create” into a single Studio version. Both Professional RTX A-series (formerly Quadro) GPUs and GeForce GPUs are available in this one system.

The Studio system can have a 120 Hz DreamColor display with Panatone validation. This solves a rather obvious set of problems for the creative professionals HP is targeting with this workstation.

And there is a color-configurable keyboard. A bit of a gimmick coming from the gaming world, this may be beneficial for those users who benefit from an application-specific, color-coded keyboard layout.

Limitations for the Studio model include a 32 GB maximum memory limit and a 2 TB maximum storage limit. 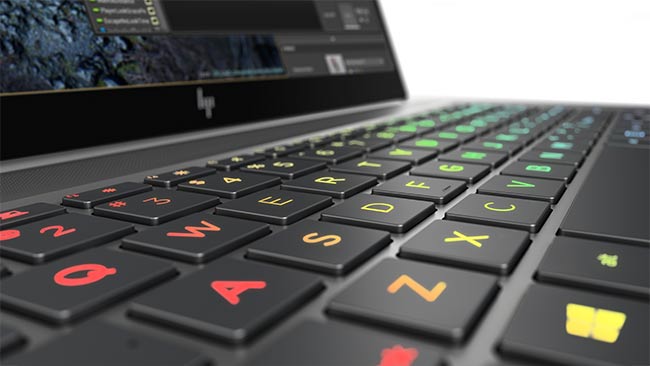 The ZBook Studio has a new color-configurable keyboard

The Fury models deliver the maximum GPU/CPU configurations, provide up to 128 GB of memory, and up to 8 TB of storage. Not bad for a slick looking mobile workstation.

Finally, the mis-named ZBook Power G8 is the affordable (ie: not so powerful) ZBook mobile workstation. Targeting small businesses, students, and government users with tighter budgets, the Power G8 offers all of the workstation advantages of durability, testing, and certifications that don’t come with commercial or consumer notebooks.

While it offers 64 GB of memory and 4 TB of storage, one of the key limitations is the GPU. The Power G8 supports up to an RTX A2000 GPU. Maybe it is a consolation prize that the Power model is the only system to provide PCIe Gen 4.

All systems have tool-less designs. That makes it simple to open and upgrade. To combat the potential security issues, HP added “Tamper Lock”. Tamper Lock is a detection system. When the workstation is physically opened, specific security measures are activated. This might be as simple as sending a notification to IT, or it might be more aggressive such as locking down the entire system.

HP also implemented Intel’s Tile System. This allows you to locate a lost or stolen workstation even when it is turned off. The Tile System is a subscription service.

Finally, these systems support HP’s remote access solution, ZCentral Remote Boost. The main components consist of a sender and receiver. There is also a third component, the Connect component for IT that allows workstations to be centrally allocated.

ZCentral allows both remote access and remote collaboration. The problems this solves are painfully obvious after this past year. And it is a great tool in any case. Why not have a ZBook Studio for working from home or on the road as well as access to a powerful desktop or rack workstation in the office? Sounds like a good idea now and in the future.

These systems are just around the corner with the Power G8 available in June and the other ZBooks available in July. 2021 looks like a good year for an upgrade.