How virtual studios took over the world 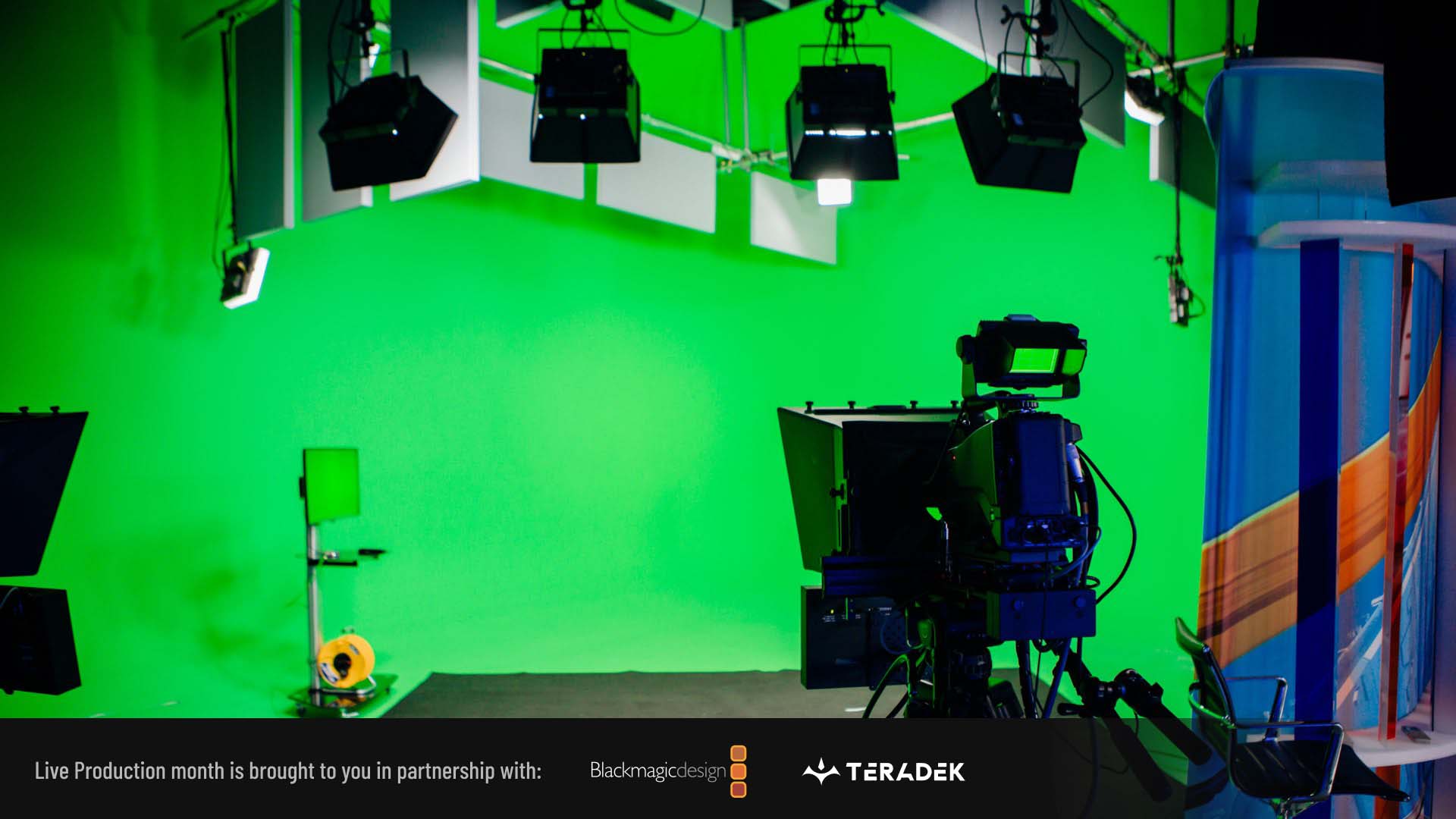 From obvious gimmick to slick, seamless ubiquity, the rise of virtual studios has been impressively rapid.

As with pretty much every current story relating to the broadcast industry and live production, we start with Covid. One day future historians will calculate by exactly how many years Covid picked up the parts of the industry that were still resistant to new technology and shoved them into the future. Estimates we hear are anything from two years to seven years taken off the tremulous and slow adoption of techniques like remote workflows, and one of the big beneficiaries of all this has been the virtual studio.

The virtual studio has truly taken off at both ends of the spectrum — the high-end has spawned the LED capture volumes as used to such great effect on VFX-heavy shows such as The Mandaloiran; the lower end has seen green screens erected behind countless numbers of YouTubers and Twitchers — and in the middle they have become ubiquitous.

Simply put, virtual studios were one of the socially distanced production tools that kept the industry going the industry going during the early months of the pandemic in particular. They allowed sets to be changed at the click of a button, ensuring staff didn’t have to move around any more than strictly necessary, and they enabled the hosting of talent, whether that was on-set or dialling in from remote locations and/or home set-ups.

As with the other pandemic accelerated technologies, the advantages of their use were already there in plain sight. What was needed was that final push to overcome resistance to their use all the way up to board level and beyond. And, as it happens,  ‘use this or it’s nothing’ turns out to be a remarkably effective argument.

Alongside film vfx, a lot of the time you only know you’re watching a show set in a modern virtual studio if it pulls off something impossible. If it’s been set up to be just a standard set, you really might have no idea. There are two drivers behind their technical improvement in recent years and the lack of tell tale spill round the edges that tips you off that all that you are sting is not exactly there. One, has been marked progress in the camera tracking systems that tell the software exactly where everything is in three dimensional space; they are less temperamental, can be set up quicker, and will work in a larger variety of environments. The second has been the ditching of proprietary graphics solutions and the widespread hitching of the virtual studio wagons to Unreal Engine.

The phrase ‘game-changer’ is wildly overused but, in this case, it’s absolutely on the money and, given the realtime CG package’s origins, accurate too. Before its widespread adoption each virtual studio supplier was making their own graphics packages and effectively running small teams of developers in silos. There was no way that they were going to be able to keep up with the progress of a behemoth like Unreal Engine and so, in the end, the companies very sensibly decided not to bother and hooked their technologies up to the APIs of the Unreal bandwagon instead. That has allowed them to piggyback on the worldwide developmental program of Unreal, and the way that feedback into it is being driven by a multitude of different sectors and cutting edge companies working at the forefront of all things real-time.

The net byproduct of all this is that prices have fallen and quality has increased. The jump from Unreal Engine 3 to the recent Unreal 4 delivered close to undetectable realtime virtual environments. The imminent Unreal 5 is going to cement that progress. Indeed often the only thing that gives virtual studios based on Unreal away is the presence of stylised graphic elements associated with advertisers or sponsors; elements that break the illusion deliberately. Take away rotating video walls and the like, and the realism is nigh on total.

Why use a virtual studio? Frankly, why not? As with most things in this industry, once the economic argument has been won everything else slots into place. The simple equation here is that virtual studios let people do more with less. Broadcasters are able to run multiple programmes from the same studio during the course of a day, with the changeover being able to happen in an ad break or interstitial at the top of the hour. Presenter A walks off the set, the right button is pressed, Presenter B walks on and you have a whole new show.

To replicate that on a real world set you would effectively need two studios, each running their own equipment, consuming power, labour,  and resources. You would also need a proper-sized studio space, replete with lighting rigs and high ceilings.

Virtual studios can transform pretty much any physical environment into a studio space even a standard office, low ceilings and all. As long as you can get the physical elements in there — the set elements, the lights and the cameras — then you can create a studio where the only limit really is your imagination. And you can refresh them and update them, iterate them as you move along, bring in new elements and generally keep them up to date without having to implement big bang disruptive redesigns.

They’re getting easier to use too. Ready made studios and drag and drop interfaces mean that people can get up and running quicker than ever, while the move towards virtualised software has lowered the barriers to entry even further, bringing the technology within reach of more people than ever before.

They are also progressing rapidly. Unreal 5 is due out imminently and is going to take quality to whole new heights, while more and more is being done with AR elements, both for the viewer at home and for studio audiences.

Covid might have accelerated their adoption, but virtual studios now have a new, powerful momentum all of their own.