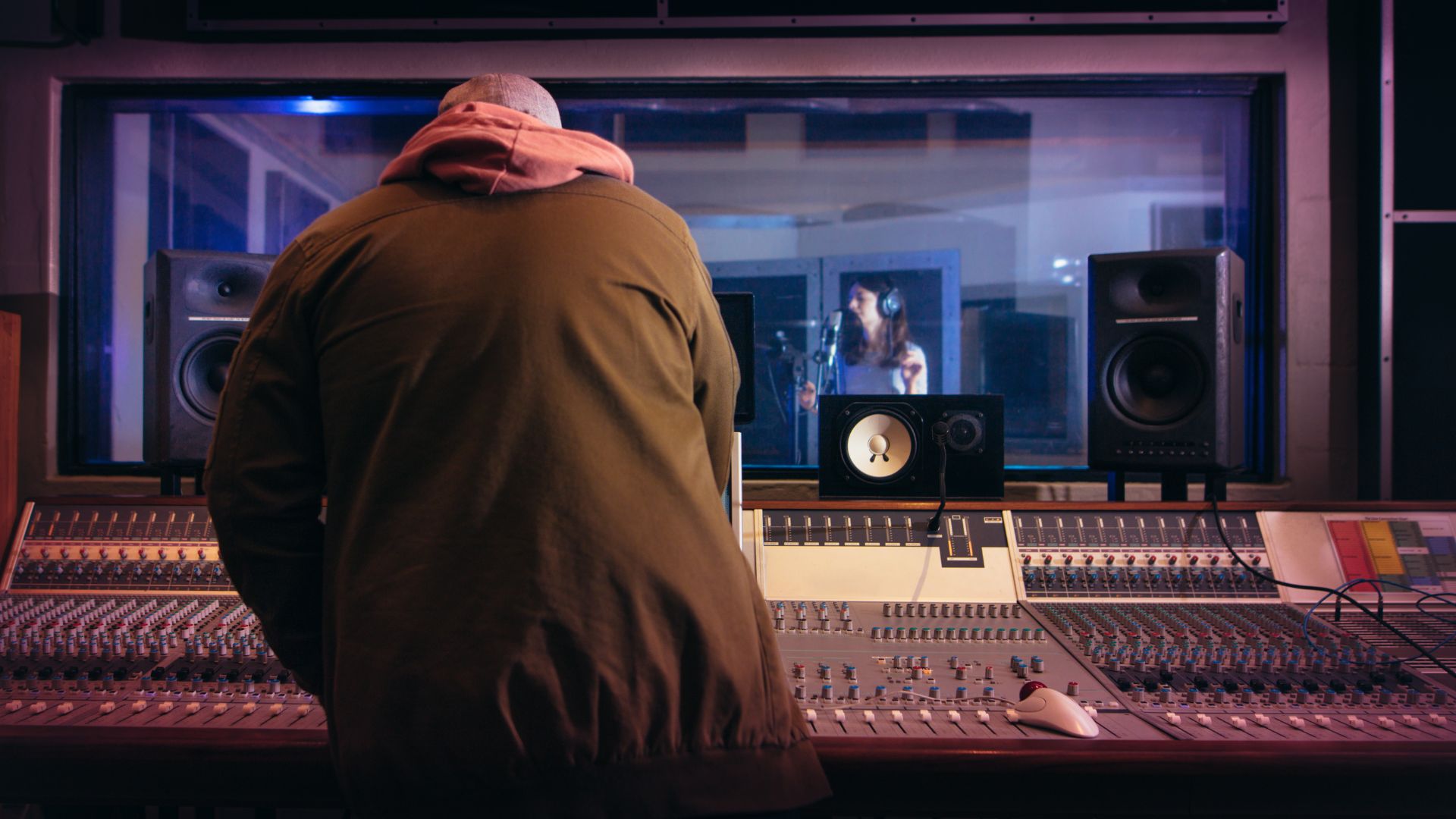 How a horror film sends chills through the audience? What makes an animated film go the extra mile when it comes to physics? Each of these examples requires a completely different approach when it comes to designing audio effects. How to create sound elements without any visual references? We interviewed the experts in Sound Design from Buckinghamshire New University. Let’s have a ‘look’.

Sound design is just as important as creating the illusion with visuals. Filmmaking today uses a lot of technology that utilises CGI and other special effects that almost never seem to be ‘real’ anymore. The same happens with sound. Sound design consists of recording, developing, or producing audio elements. It is an essential part of many areas of productions from films to broadcast and theatre to video game development.

The sound designer is not only responsible for creating the soundscape for the production team onsite but also for the whole post-production process. Sound designers have a high level of creativity. They are very imaginative as it is up to them to produce certain audio elements. They basically create the ‘nonvisual’ for the visuals.

Star Wars, Pirates of the Caribbean, or E.T are one of the most iconic movie sounds of all time, thanks to the amazing sound designers behind these exceptional films!

We had an opportunity to chat with Buckinghamshire New University (BNU) about its course in Sound Design to get an insight scoop into what is it about, how to become one, and what kind of career prospects you are looking at.

BNU is a public university located in Buckinghamshire next to Pinewood Studios. It has a wide range of courses from acting to nursing and film production to sound design. Its sound design students get the opportunity to work within industry-standard studios and sound facilities equipped with the latest Dolby Atmos Studio 1 with Avid S6 console, or on location with production sound kits including the Sound Devices 664. Other interactive audio tools like Wwise in creating audio for computer games or VR are just the cherry on top when it comes to learning to use the gear.

The industry-standard equipment gives these students the skills to enter the industry, with graduates going on to work with the likes of the BBC, Sky Television, and HBO, Audio post-production houses Warner Bros De Lane Lea, Goldcrest, or Voiceover Soho, TV production companies like Boundless Productions, live broadcast and OB facilities including Telegenic and CTV, audio manufacturers Focusrite and Sennheiser, or game developers such as TT Games.

How to become a Sound Designer?

BNU makes sure its students learn by doing. Its course is very much a ‘hands-on’ experience where their students get multiple opportunities to work creatively within their industry-standard facilities. Their teachers are all practitioners in their field and many are still very much active in the industry.

Undergraduate audio courses start with the basics of sound production covering essential studio skills. You’ll learn about technology and sound production, audio principles, theories, and practices, and be introduced to the sound and computing technologies used in audio studios and elsewhere. Once you have got to grips when it comes to recording, mixing, and audio programming, you get to apply these skills in more specific production areas.

What is great about working with audio is the wide variety of specialist areas you’ll get introduced to during your course in Sound Design: live sound, audio drama, sounds for games and VR, film sound design, experimental composition, and spatial audio. As a student, you will get to work with sound in multiple productions across different creative courses. This will you a comprehensive understanding of the whole production process whether it's Film Production, Games Development, Animation, or Performing Arts. Not to mention the collaborative skills that never go unused when it comes to creative industries!

"We have a wide variety of applicants from the UK, Europe, or further afield. They may be college leavers studying in related areas or those who have developed an interest in sound independently. Some have already got experience in music or audio/video production whilst others come to the course as beginners.' - Alan Green, Senior Lecturer at Sound Design

Gerard Gormley, an Audio and Music Lecturer at BNU gives detailed a tour of the audio and music equipment that their students will have access to throughout their course.

As a sound designer, you mostly work in post-production but that does not mean you cannot be involved as early as the pre-production phase. Depending on where you want to build your expertise, you can work in post-production studios as a rerecording mixer, mix tech, foley mixer/artist, dialogue editor, or an FX editor. There are also on-set roles such as location sound recordist, boom operator, or sound assistant. Also, roles such as sound operator, game audio designer, or sound artist are just examples of how many different career paths you can choose as a sound designer.

Hear it from a graduate himself

“Mark was a student that made the most of the opportunities that came along whilst he was studying here at BNU”. - Alan Green, Senior Lecturer at Sound Design

We had a chat with Mark Timms who is a Sound Design graduate from BNU. He is a great example of a student making the best of his time at university. At Redshark we had a discussion recently around the subject Should I go to Film School?, and Mark is a great example of why you should definitely go to film school if you are prepared to make the most of it.

Having an interest in audio and music production, Mark decided to apply to Sound Design (previously called Sound Vision for Film and TV) at BNU. Why BNU? Because it offered real-life opportunities and collaborations with other courses such as Film Production. Their course structure was very practical where you learned by doing which is highly desirable when entering the job market.

The best memory and opportunity he had during his time at BNU was the visit to Warner Bros De Lane Lea which is one of the top audio post-production facilities in Soho. They gave him work experience that led him to a graduate role as an assistant. Since then, Mark has worked in big Hollywood films, one being Mission Impossible Fallout. Now, Mark works at Sonorous Trident which recently won the TV BAFTA for ‘Best Sound 2022’ for their work on the BBC drama “A Very British Scandal”.

Mark, what would you say to anyone wanting to start their career in Sound Design?

"Show your passion and willingness to learn. I received my very first job opportunity because of my skills learned in university."