Why should I go to Film School? 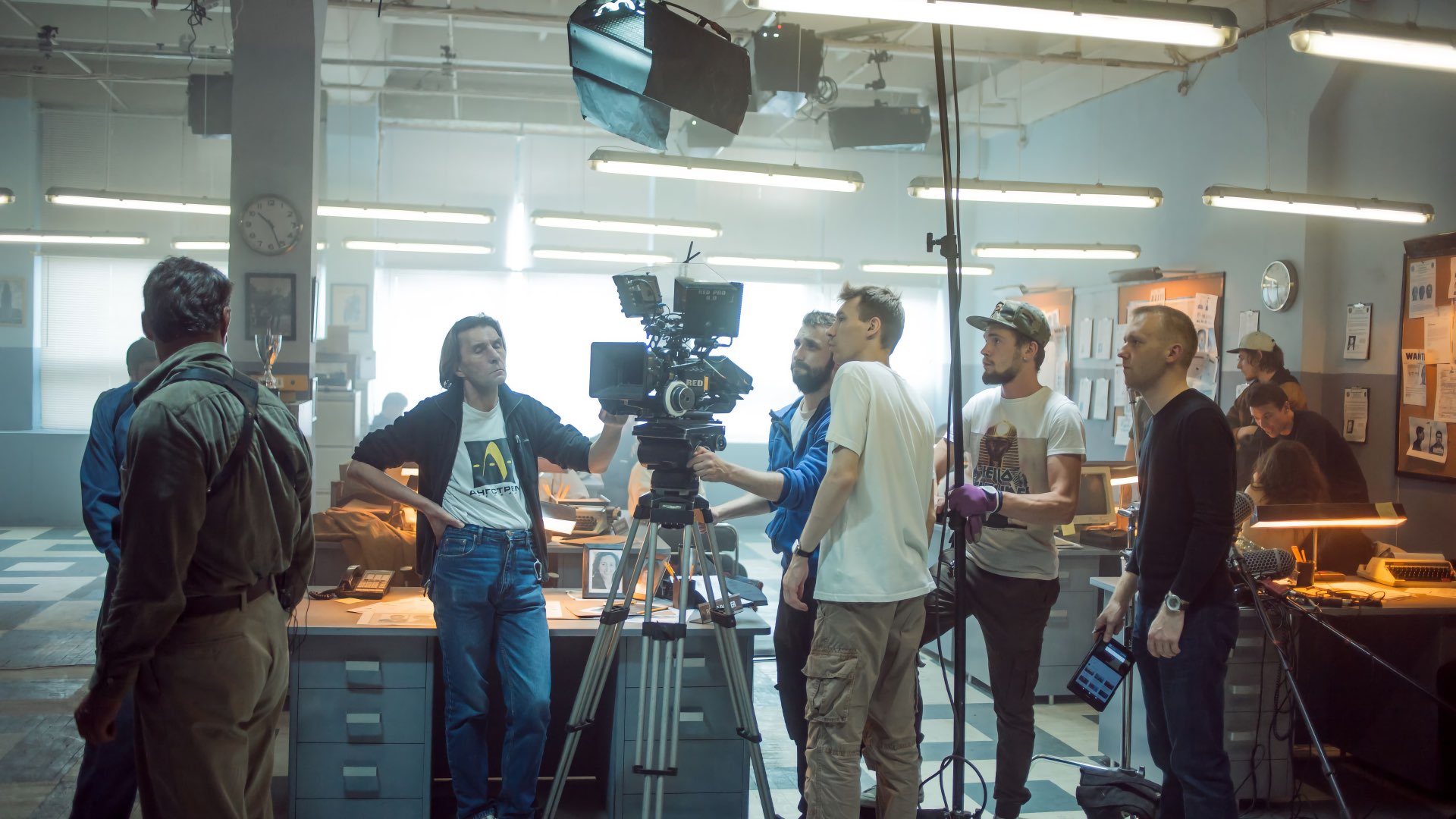 With kit and capabilities within more people's reach than ever, the Film School route is not the only way to get into the industry. But it remains a compelling one. From Sydney to Berlin, we look at what is on offer from some of the world's best.

There are many professionals working in films who have no formal education, but they have learned by doing. Film schools are not for everyone, but what they can give you is access to professional equipment, practical skills, experts, mentors, and connections essential when entering the industry. Let's have a look at some of the top schools around the world to see what kind of courses they offer in Cinematography.

AFTRS  is the one and only Australian education institution to be listed as one of the top film schools in the world. Its 2-year MA Cinematography course is taught by experienced industry practitioners who combine theory and practice together. The course welcomes students from different backgrounds who are all looking for deeper production experience and more substantial cinematography knowledge. These students might have some previous experience as 2nd assistant camera operators shooting content such as music videos and short films, or they come from a still photography background looking to move across to cinematography.

During their final year, students work collaboratively with other MA students to create major projects and conduct key research into their own creative practice. During the course, students undertake a short professional placement and engagement with the industry, providing professional networking opportunities for future collaborations.

AFTRS graduates Petra Leslie had a degree in media and after a couple of years of producing content and working with no-budget short films, she decided to apply for an MA in Cinematography. Since graduating she has been shooting splinter units on TV series and budgeted short films. Calum Riddell graduated in 2020 and after graduating he continued building his short film portfolio, which led him to shoot his very first feature film. Other Oscar-winning graduates are Andrew Lesnie, Best Achievement in Cinematography for The Lord of the Rings: The Fellowship of the Ring (2001), and Dion Beebe, Best Achievement in Cinematography for Memoirs of a Geisha (2006).

“What I’m trying to say with these two examples is that Cinematography at AFTRS is like a finishing school.  You arrive without much professional practice having used indie gear and working with friends doing low budget/no budget work. But when you leave the school confident and skilled enough to fit in with experienced professional crews and to work at a higher level creatively and professionally. “ - Kim Batterham, Head of Cinematography, Australian Film Television and Radio School

Learn more about AFTRS and its MA Cinematography course here.

MetFilm School is one of the leading schools in film and television. Its MA Cinematography is taught at all three MetFilm School campuses, which are based in working film studios: London (Ealing Studios), Leeds (Prime Studios), and Berlin (BUFA Studios). The London and Berlin campuses offer also a range of short courses, including a 4-week course on Cinematography and a Certificate in Practical Filmmaking.

Its courses give its students a practical experience of the industry through hands-on workshops and exercises, real-world projects, and masterclass sessions. Some of the previous masterclass guests have included Sir Roger Deakins (The Shawshank Redemption, Skyfall, Blade Runner 2049) Rina Yang (Euphoria, All Too Well: The Short Film, Top Boy), and Seamus McGarvey (Atonement, Anna Karenina, The Hours).

‘The opportunity at MetFilm School to work with bigger, high-end equipment has given me enough experience to be comfortable working on bigger projects. I feel versatile and ready for any type of project that comes along’ - Sebastian Benalcazar, MA Cinematography Alumni

MA Cinematography students begin their learning with a screen induction followed by ‘boot camp’ modules where they will learn the basics before progressing to build their skills in short-form storytelling and the mechanics of lighting and camera movement. At the end of the course, students will produce their final master’s project, where they will showcase their learning under the guidance of a faculty advisor.

‘After just one year, I came out with film and industry knowledge that I never even knew existed. My tutor was so supportive, I felt like I was learning something new every day’ - Chiara Fulgoni, MA Cinematography Alumni

MetFilm School graduates have gone on to work on productions including 1917, The Crown, Fleabag, Knives Out, and more, joining some of the biggest companies working in the industry today, from BBC and HBO, to Disney. MA Cinematography graduates are no different – since completing her studies in 2017, Francesca Zerenghi has collaborated with Deloitte, Volvo, and National Geographic, as well as founding her own industry magazine, Cinegirl.

The London Film School (LFS) stands as one of the top international film schools with a growing alumni body across the globe. London is the third-largest film production center worldwide and the central location of the school makes it accessible from across the capital. Based in Covent Garden, the dynamic and intensive film environment makes it the place for students to build global networks when launching their careers.

“The beauty of a good film school is that it invites you to make mistakes, but never dampens your enthusiasm. At LFS I made plenty, and ignited a passion.”  - Duncan Jones, LFS Graduate 2001, Director SOURCE CODE, MOON

LFS runs three MA degree courses, one Ph.D., and a raft of short courses for 361 full-time students from over 40 countries. MA Filmmaking is an intensive two-year course training students to become professionals with a full range of filmmaking skills. Their graduates leave with a portfolio of directing, cinematography, editing, producing, production design, and sound credits.

The school produces a huge output of films each year on this particular program, many of which are screened at key festivals annually, including at Locarno, Berlinale, Edinburgh, and LaCinef (Cinéfondation). Learning is based on short film production where their students make a new film each term. Every time these film exercises become more technically sophisticated, more considered, and more complex. Each exercise is specified by the skill base and equipment to train students to gain new levels in each of the various craft skills.

Students are taught by experienced filmmakers. Films are made on built sets, shot on professional level cameras, recorded on professional digital recorders, edited on Avid, and in most terms given a professional dub in Soho. Their work is constantly assessed which is the core of LFS methods - learn by making aesthetic decisions and solving practical problems. This is the process of actual filmmaking.

“Progress in cinema is inconceivable without a formal education in cinema. For me, it was two years at LFS.” - Michael Mann, LFS Graduate, Director MIAMI VICE, PUBLIC ENEMIES, LAST OF THE MOHICANS

“If it weren‘t for the film camera, movie-goers would find themselves facing a black screen – with no interplay of light and shadows, no darkness, no brightness, no delicate colors in the first light of dawn, no flash of lights amidst bustling after-dark city streets.” HFF Munich

The Cinematography Department focuses on the independent artistic design of image and lighting for both fiction and documentary films, for the cinema, television, and video with special consideration for commercials and media. To cover all phases of production, you will gain comprehensive training in both areas: the art and the technical craft. The main studies are largely practice-oriented, including image design, lighting design, documentary camera work, festival TV and multiple camera production, and practical staging.

During their first semester, students already shoot small episodes. For this, students must be able to handle all aspects of cinematography: creating a storyboard and an aesthetic concept, planning the technical means required, estimating the technical production requirements (scheduling, cost), executing principle photography according to a self-devised shooting plan, supervision of post-production, critical appraisal of one’s own performance.

The reality of films is no longer defined purely by the photographic takes themselves, but also by their computer-aided modification (VFX). Besides studying Cinematography, the department offers a degree in Visual Effects. The students of both programs work closely together and the combination of a Cinematography and Visual Effects degree under the roof of the same department is rather unique in the educational landscape.

The study program starts at the beginning of the winter semester each year. HFF strives for having international students. However, applicants to HFF Munich need a German university entrance qualification. Furthermore, for studying at our university good knowledge of the German language is mandatory, since all lectures and the admission procedure are held in German.

You can find more details on the requirements for applying and studying at the HFF Munich on the following website: https://hff-muenchen.de/en_EN/bewerbung