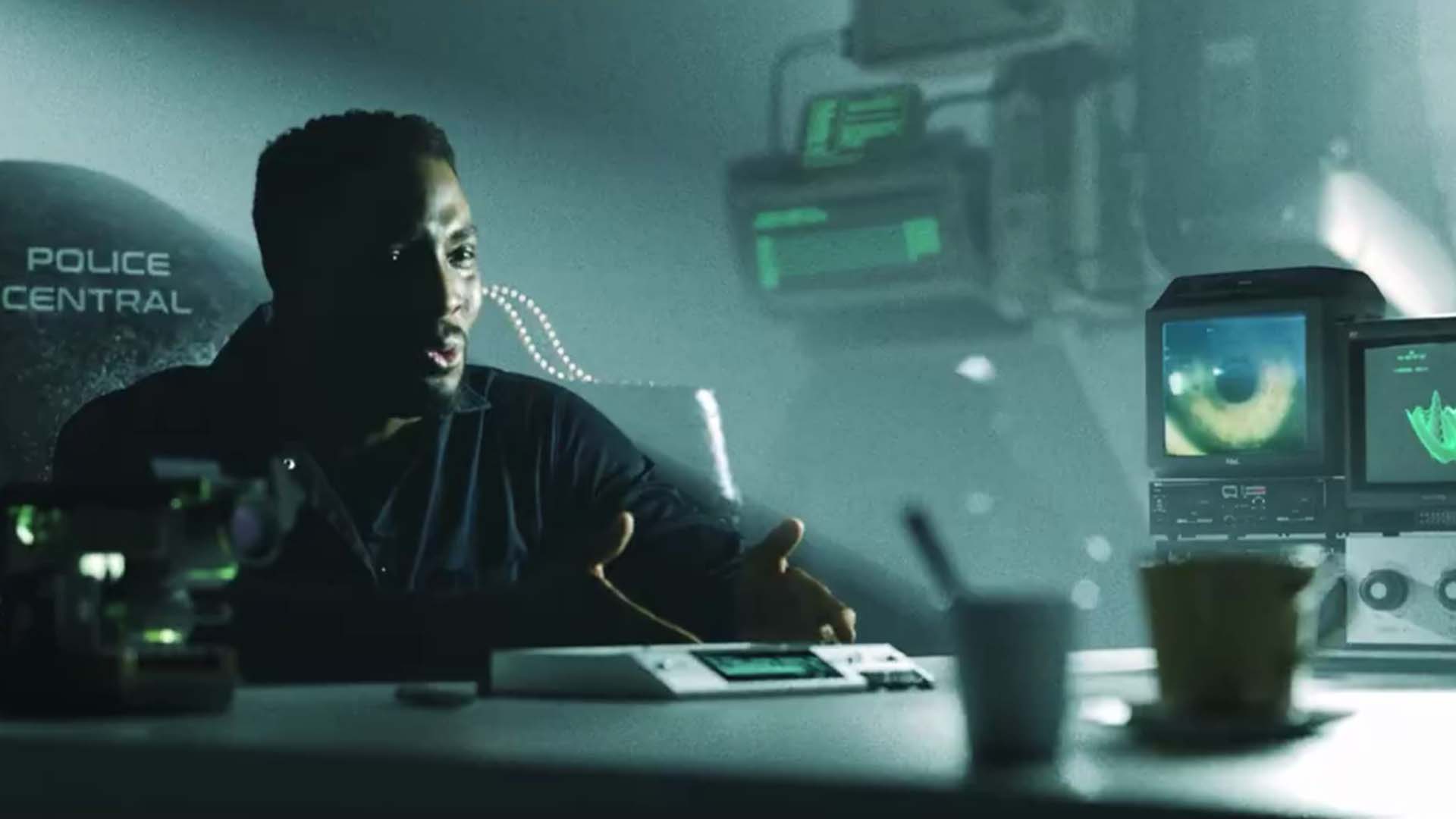 This is the story of how one filmmaker made a Hollywood quality film trailer... in his living room.

YouTube is replete with sub-minute demonstration clips which hint tantalisingly at what could be done with modern film and TV techniques, from inexpensive cameras to hugely capable software that will run on anyone’s laptop. The word “democratisation,” though, often provokes frowns, because the sheer amount of work involved in actually deploying these capabilities is… well, it’s the reason nine-figure blockbusters involve those nine-figure budgets. As a result, while it’s technically possible to create hugely impressive film and TV projects in the back bedroom, it’s very, very rare that anyone actually does.

Let’s be clear that the project we’re about to use as a counterexample is a trailer, not a feature-length project, but anyone who’s actually tried to get saleable results out of software like Cinema 4D will be painfully aware of the sheer amount of work that goes into even a single shot. Getting to the point of publishing a two-and-a-half minute, effects-heavy sci-fi trailer on YouTube is therefore something of a feat even for a small team, but Quest of the Gods is, beyond the performances, the work of one man. LA-based director George Moïse admits that the project resulted in his being “chained to a computer. I didn’t think I would ever finish this thing.” 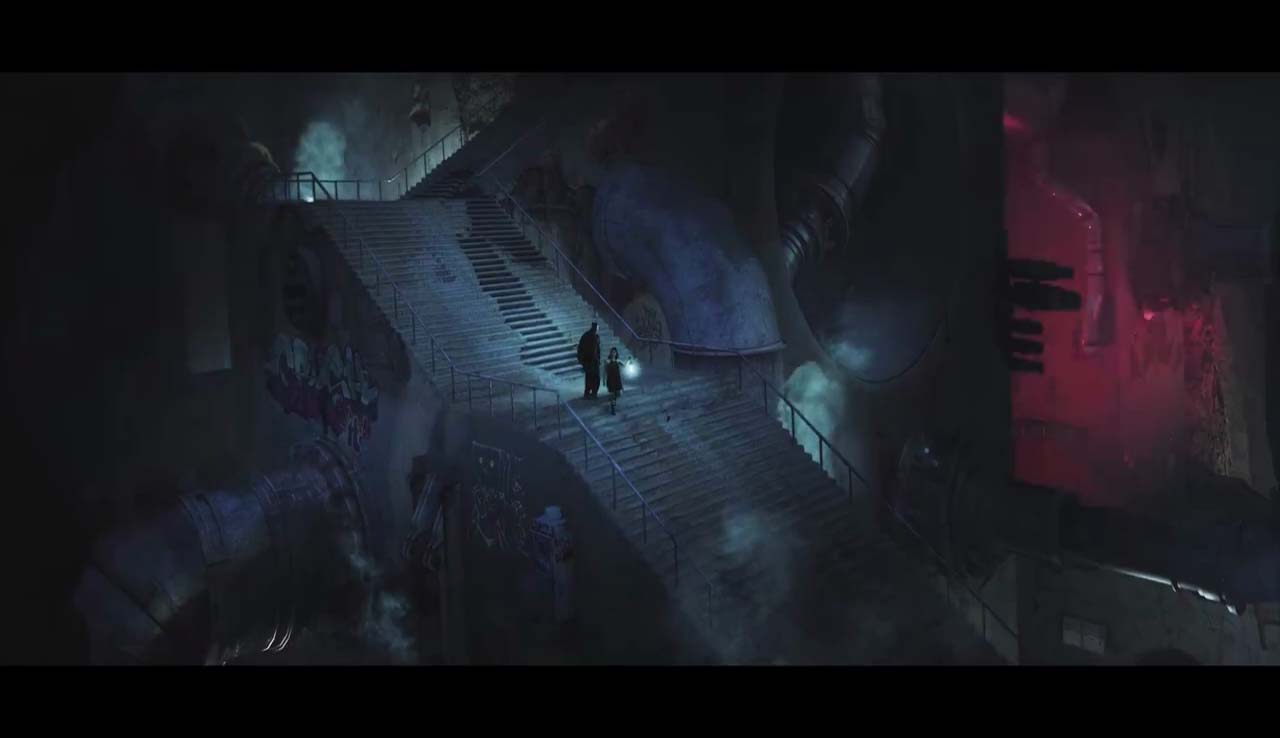 Experienced people will understand. Still, while Moïse’s dedication to visual effects is the first thing that grabs eyeballs, he is, by his own assessment, a director. It’s hardly unusual for a future filmmaker to begin by shooting projects around the family home, although Moïse’s approach was perhaps more systematic than average. “Every thanksgiving for years, being desperate to be creative and direct something and play around a little bit with directing and editing, I'd shoot a bizarre short film with my family.” Then, Moïse adds something simple but crucial: “The more I did it, the better it looked.”

Simple as it is, the idea that practice makes perfect is sometimes difficult given an artform as expensive as filmmaking can be. Moïse found ways to keep shooting, and almost coincidentally immersed himself in a world of 3D graphics technology that probably remains aspirational for most of the people who watch it. “I discovered Ian Hubert and became a patron of his. He releases tons of videos and tons of assets that are in my trailer – for about seven bucks a month you get this library of all this photo scanned stuff he’s done.”

Meanwhile, Moïse found himself pondering bigger projects. “I'd made all these thanksgiving movies, and some of them have very elaborate VFX and lighting. I had no other outlets so I put tons of time and effort into these things. I spent nothing other than my time, so I thought - what if I made another movie? My interest in CG and my improving ability in that merged with the idea, and I thought – what if I just make the whole thing? What’s going to get someone’s attention – how do I stand apart from every other idiot?” 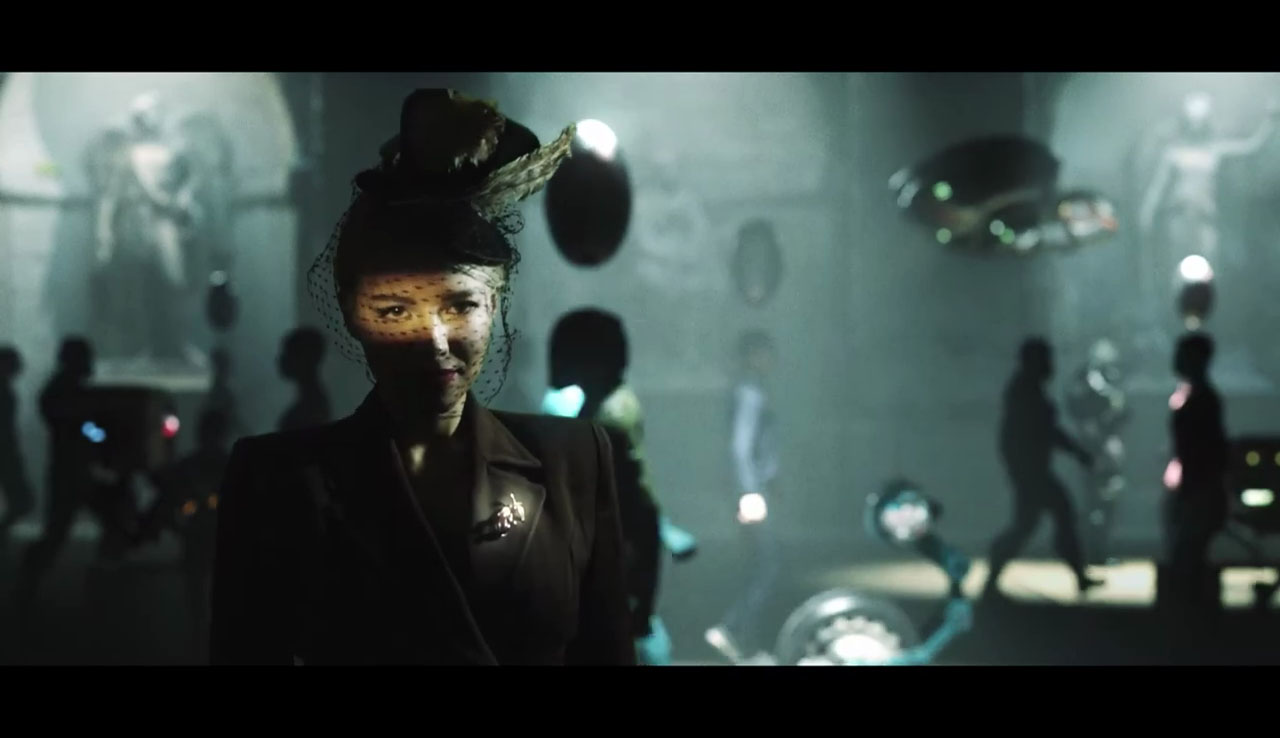 “I thought - what if I just shot it all green screen, like Sin City or Sky Captain, and keep everything really simple?” Moïse muses. “I know how they do all this, so I mean... if I just don't mess anything up, if I don't make the obvious mistakes maybe it would work.” With the most dangerous pitfalls kept carefully in mind, Moise took care over some of the basic items of craft skill: “if you just spend the time to light the green screen well, light the actors in an interesting way as opposed to some 360-degree lighting garbage.”

Within that, though, Moïse did keep things simple. “The cast couldn't believe it. I shot the whole thing in my small living room. I was like, OK, you know what, I hate shooting things at my place. I hate moving my stuff around to make room. So I was looking around and I thought it was going to cost me two, three, four grand just to shoot in these studios. I don't want to spend four thousand bucks. Then I looked at my place and thought if I put a green screen right there, that would be plenty of room.”

Despite Moïse’s concerns – or perhaps because of their motivating influence – it worked, although post became, perhaps predictably, a point of time pressure. “I'm already good at blocking the scene, lighting the scene, that's easy,” Moïse says. “Then I just light the CG objects the way I lit the actor. I feel like the real geniuses are the nerds who wrote the render algorithms. But I thought – ludicrously – that I could do all the VFX in three months.”

“I didn't know it would be eight months,” Moïse admits. “Most shots took three or four days. The thing that saved me for a lot of those interior shots was sketchfab, and downloading these amazing scans, free photogrammetry scans of mansions and castles and armories. I took all kinds of reference.” Final renders were made using Redshift in Cinema 4D and composited in After Effects, something that Moïse describes as a moment of reckoning. “I'd start to comp the shots. Talk about scary, that’s scary - doing all this work, setting up the CG, lighting it, bringing it into AE. Some of the shots are big. Am I going to embarrass myself, is this going to look terrible, this could be really bad. If this doesn’t work I don't know what to do.”

It worked. Setting up Terraform Pictures with brother and fellow filmmaker Walter, Moïse describes Quest of the Gods as being in “phase two, where basically we become shameless salesmen – trying to get some producer attached who would like this kind of movie.” Not an uncommon goal, to be fair, and Moïse will inevitably need more than one pair of hands to make the same democratised processes viable for a feature length production. The project is, however, backed up with enough sheer achievement that making it happen might, just barely, edge into plausibility.