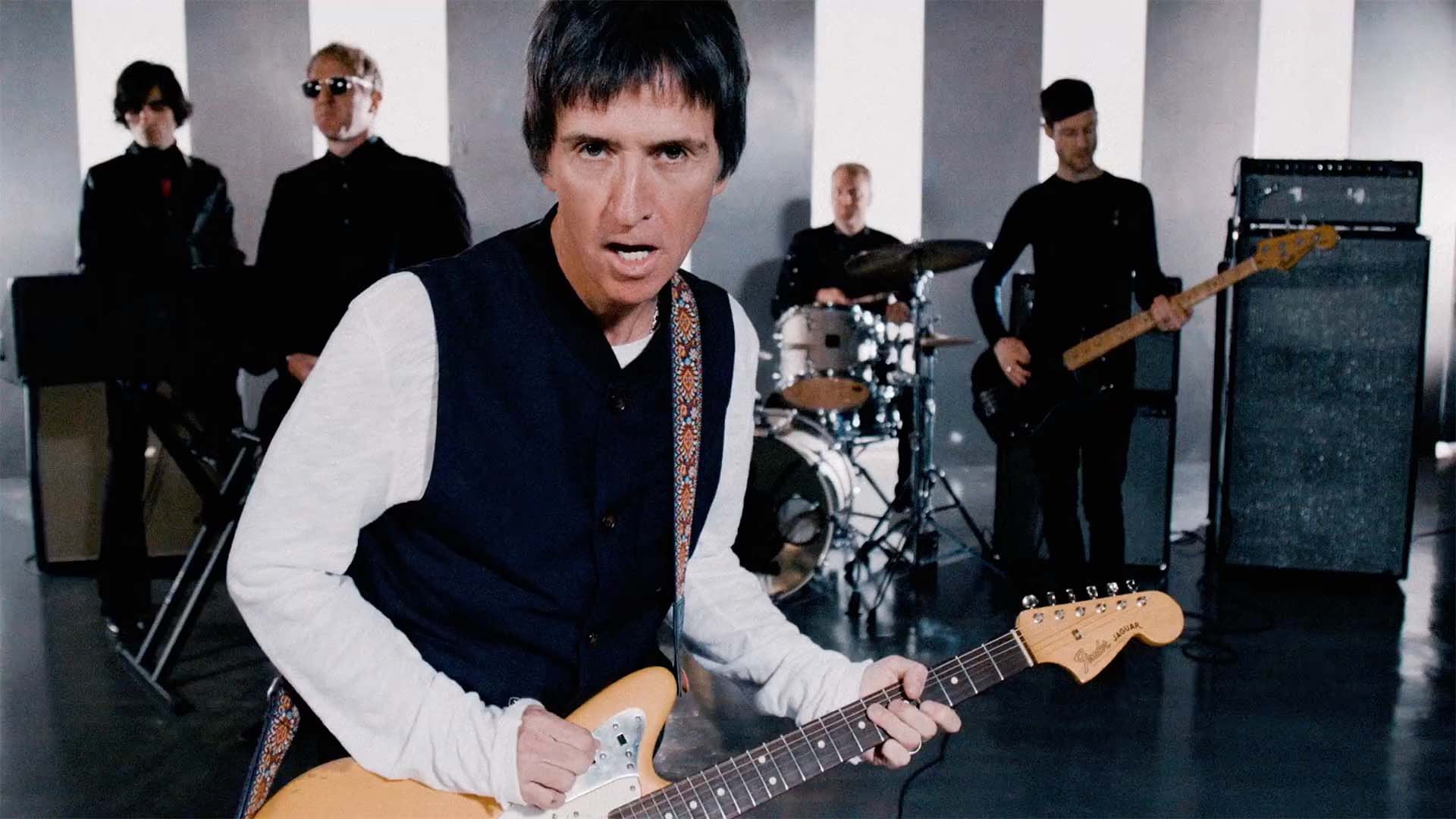 Ben Thornley on shooting with Johnny Marr and how he single handedly shot, produced and directed the legend’s latest single promo ‘Tentement Time’.

“Back in 2002, I was a budding photographer who was passionate about music and keen to learn how to make music videos, so I bought a video camera and started making music videos for mate’s bands and never looked back. For the first ten years, we were hiring space in old mills and warehouses before I took the decision to find a permanent home for Sitcom Soldiers. We found an iconic cotton mill and renovated it with new flooring, a wooden ceiling and a 6000 sq ft studio with an infinity cove. Having our own space means we can push ourselves and not be on someone else’s clock. We’ve built everything from alien space ships to Cuban bars. We even have a rain machine and an area for throwing stuff around to shoot in slo-motion.

Our relationship with Johnny dates back to 2013 and the launch of his first solo album ‘The Messenger’. With the support of his creative director, Matt Bancroft, they’ve sourced their music videos from Sitcom Soldiers ever since. 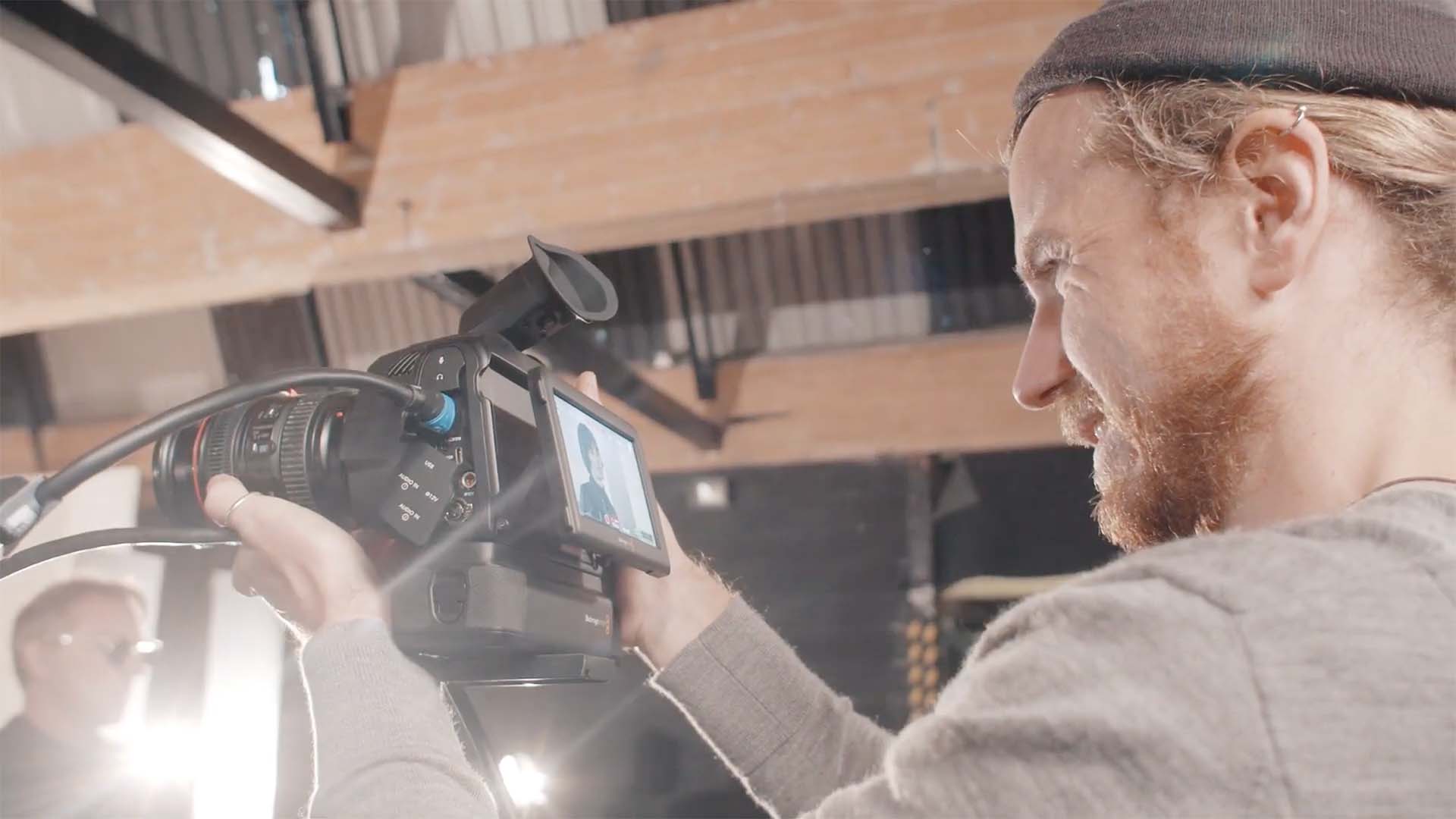 The process usually starts from a video of ideas made using references from film, TV and other music videos. We use this as our inspiration to hone in on the style and setups we want to create. For ‘Tenement Time’ the central idea was to set the video in a metallic room. We initially threw around lots of ideas such as using metallic paint or covering the room in tin foil, and in the end decided to use long, thin metal boards that we erected on the edge of the cove. We placed a series of lights behind them so we could throw them into silhouette, lit the front so we could bring out the silvery texture and had separate lights on Johnny to illuminate him. We finished the setup with two lights on the cove itself…. all of these layers allowed our lighting design to make the set come alive.

In terms of production, our go-to cameras are Blackmagic Design and on this occasion, we chose to pair the BMPCC 6K Pro with our 40-year-old Nikon lenses. I wanted to use a camera that wouldn’t get in the way, as Johnny is very hands-on and likes to put the camera close to a guitar, up high or use abstract angles. One of the things I love about the Pocket Camera 6K is that it feels like an extension of my hand. It’s essentially a lens with a sensor and for me that’s exactly what I want. With built-in NDs, there’s no need to worry about bulky matte boxes. I want the camera to melt away into the background and allow the creative process to take centre stage.

I also wanted to use a camera that delivers exceptional quality through vintage lenses. Johnny doesn’t necessarily like the slickness of an image – he doesn’t want it to look too high end. For me, it’s the imperfections in old lenses that makes them desirable. They deconstruct a 6K image which can be too sterile, too perfect. Marrying a high end sensor with these analogue lenses really excites me to try and get the best out of both worlds; the latitude in the sensor but also the character in the old glass.

We chose to record at 6K for an HD output with the extra information giving us options to play with in post. Johnny and Matt like to sit with me in the edit and they like to see every frame that we’ve captured and push the footage to its absolute extremities. The extra resolution gives you the confidence to shoot a bit wider knowing you can punch into the image in post. For that reason, recording footage in Blackmagic RAW proved valuable, as it gives us extra detail in the image. We’re able to pull out a lot more than we would have done otherwise. In the video, Johnny is shown at times completely in jet black, apart from maybe a couple of highlights on his arms. Just being able to control that in post and dial into what the camera had shot was an option that wasn’t possible had we used ProRes.

The promo was cut in Premiere and finished in Resolve. Once the cut selection is locked, we bring it into Resolve which releases a whole other set of creative options. It takes your ability to create with video to another level. We designed a LUT in Resolve, shot with it and were then able to bring out the full crunchiness of the image in post.

I love working with Johnny and Matt because you never know when or where they want to put the camera. They are always experimenting and exploring options, and with this camera there are no limitations to what they can do. The size and the quality of the camera provide the easiest workflow and maximum flexibility.”

‘Tenement Time’ is released ahead of the double album ‘Fever Dreams Pts 1-4’ due early 2022. You can watch the finished video below.