How good is drive-in cinema as an alternative in a pandemic? 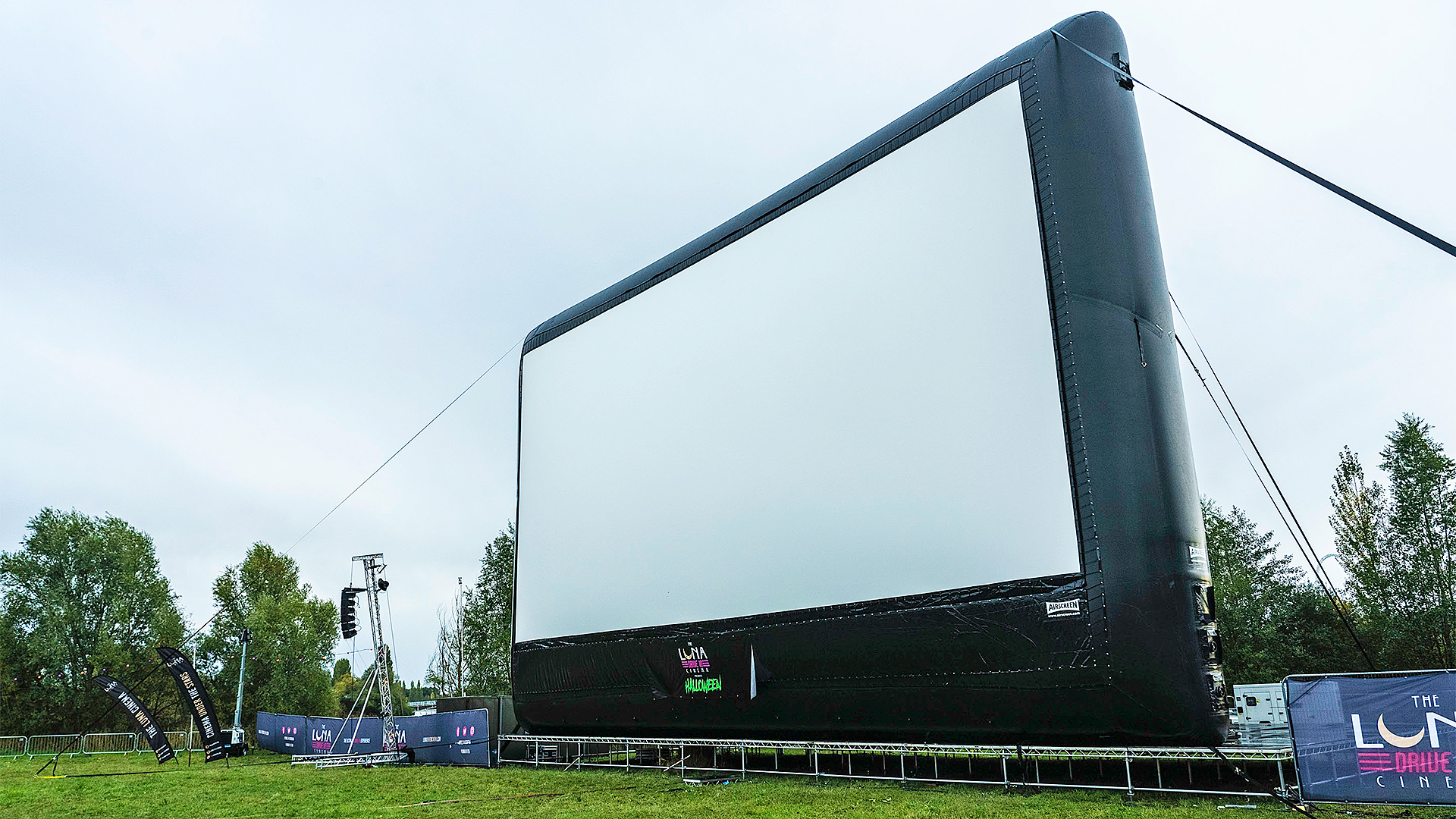 Drive-in cinema in the UK.

With the current world wide situation it’s interesting to see the emergence of drive-in cinemas in the UK. Traditionally associated with long hot American summers and for those old enough to remember, The Flintstones, we are now seeing a spread of pop up driving experiences throughout the country.

At £35 for a car with two people it doesn’t come cheap, and if you want to bring more people along it’s going to cost you an additional £5 per person. If you want a spot nearer the screen – in the 1st 3 rows - the Gold Circle ticket costs £45.

So what is it like? Intrigued I booked into a screening of Ghostbusters (1984) at Thorpe Park. This was run by Luna Cinemas as part of their 3 week Halloween season and differs in several areas from both traditional cinema and that you may have seen depicted in era appropriate US movies.

First of all there’s no speaker attached to the car door. This screening was accompanied by a shoebox sized speaker for each car that when placed on the dash allows the volume level to be adjusted for the each vehicle individually. It also contains a small LCD screen which displays the details of the film playing and also enables you to order food using a QR code which takes you to a dedicated website.

The speaker is stereo only, no fancy processing is available to allow virtual surround sound. I was also relived to see (and hear) that there were no issues with out of sync audio.

This small speaker was lacking in the low end but for people near the front it was reinforced in the bass department by a series of subwoofers placed near the projector, another benefit of a Gold Circle ticket. You also have to be careful how you place it as the LCD screen can cause reflections on the windscreen. 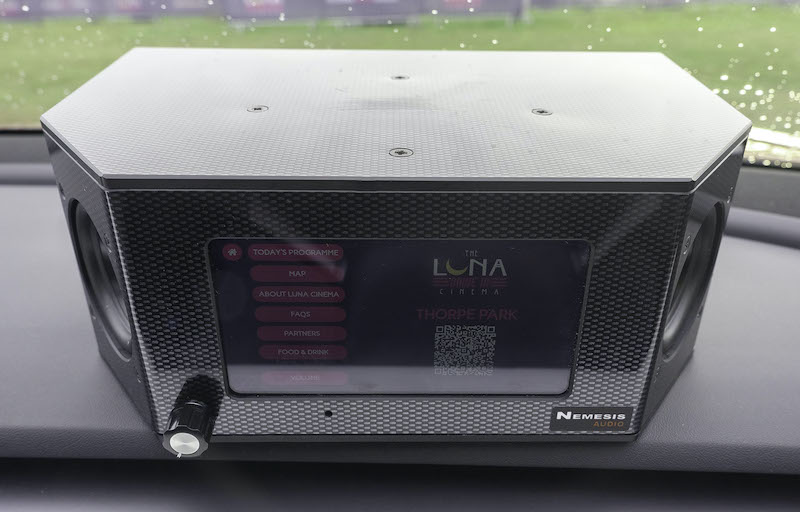 The projection screen itself was a 20m Airscreen inflatable. Before arriving I was concerned that the distance you had to park from the screen might mean a sub optimal experience. Although the screen is sizeable, if you happen to end up parked near the back of the venue you may wish that you had turned up earlier. As I was parked in the 4th row the screen size was similar to holding a large smartphone at arms length.

As for the tech employed - a Panasonic 4K projector was used with 4 bulbs running at 25,000 lumens which was fed over HDMI via a switcher from dual Oppo Blu ray players. The 2nd one was running with a 30 second delay just in case there were any issues with the primary one so it could be switched over easily.

From a quality point of view the picture was pretty good, although as I went to an early evening screening the contrast did suffer a bit until the sun was well beyond the horizon. Also there was a little bit of black crush as well. I likened it to seeing a very good film print without any of the bob and weave.

So what are the downsides? Well a bit like traditional cinema you have no control over who sits in front of you, and if you are unlucky you might find that some large SUV obscures your view. Although something is done to reduce this as each parking space is offset both for social distancing and for a better view.

There’s also an issue which you don’t get at the cinema, when someone returns from the (well maintained) on site portable toilets. Most vehicles will automatically switch on their lights to some extent when entering - which does prove distracting and can destroy the projected contrast. I found this made more annoying when someone does this behind you and you catch it in your mirrors. There’s really nothing you can do about this and you just get used to it after a while.

The advantages here are that for just over £12 each -  if you come as a family - you can socially distance yourself at a big screen. Would I return? Yes - but I’d like to see a season pass option for events like this especially for those on their own it can get expensive quickly. There’s the novelty value as well and you might also find it’s the most comfortable cinema seat you’ve ever sat in – I certainly did.