How Covid changed the game for outside broadcast 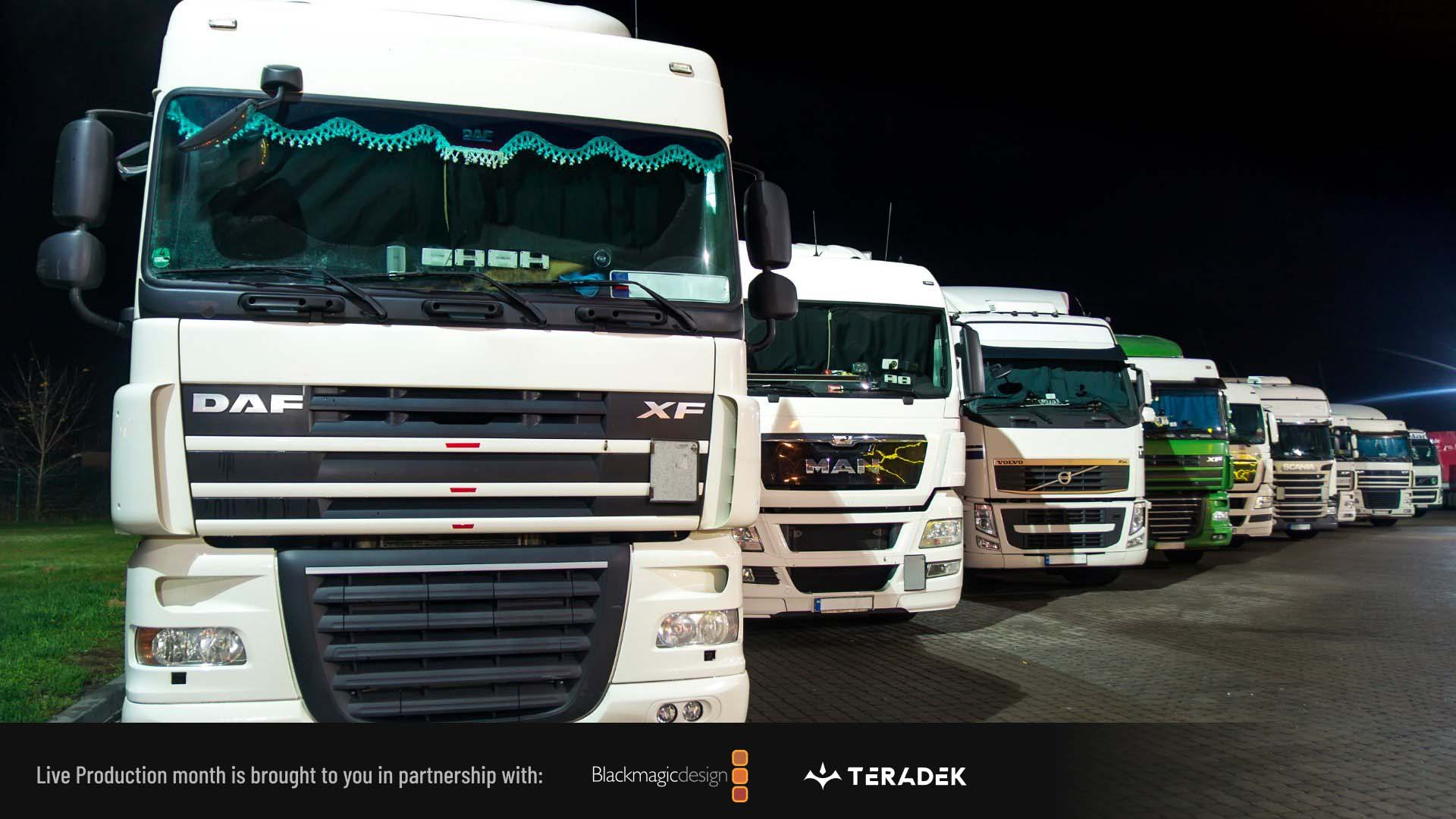 The broadcast compounds of major sporting events used to be full of OB trucks and people. Not any more. Remote production has taken over high end live broadcast.

Covid-19 has changed many things in the broadcast and film industries, but one of the most far-reaching consequences of the pandemic and the social distancing mandates that came along with it has been the cementing of the status of remote production in the live events sector.

Remote production, sometimes also referred to as REMI (Remote Integration) or at-home production, relies on multi-gigabit connectivity to basically pick up a load of functions that would once have been undertaken in the Outside Broadcast truck and dump them back at base. So, rather than the World Feed of the event that goes out to broadcasters originating from the stadium where the event is being held, it goes out from a centralised production hub instead.

All of this started as far back as 2014, when faced with the sheer geographic spread of the venues at the FIFA 2014 World Cup in Brazil, HBS used EVS’s C-Cast technology to pump video back to 36 Adobe Premiere suites located at the International Broadcast Centre in Rio de Janeiro.

OB companies quickly realised that the same technology could be used to shave costs on OB operations. By keeping more people at base, they could send smaller vehicles and less equipment to the venues themselves, as well as minimising additional costs such as accommodation and catering. Why set up a studio at a football ground, for instance, and schlep the lights and cameras from match to match and ground to ground when you can set one up back at your headquarters and base the commentary and pundits team there.

Cost savings with remote are anything between 20-30%, and there is also a pronounced decrease in carbon emissions too. Both of these benefits were starting to drive an uptick in remote production, and by 2020 gradually more and more equipment was being moved from the OB truck and into new, centralised production centres. But there was still pushback from some quarters that worried about both ensuring that an event stayed on air and that, by not being at the ground, the coverage was missing an indefinable something.

Covid rode roughshod over all that. With sport grinding to a complete halt for three or four months in 2020, the only way that production could be restarted again was with remote workflows. You could fit less people in a socially distanced OB truck and, if you kept more equipment back at base, keep the people driving EVS slo-mos etc in a bubble that you had better control of.

Events such as the 2019 Rugby World Cup, where Australian telco Telstra managed to roundtrip signals between Tokyo and London with a 224ms over a 20,000km connection had already proved remote was technically feasible. Now objections were swept away and its use exploded, with OB companies rapidly pivoting to accommodate the new normal. Several have built production galleries in their car parks or even converted trucks into what are now effectively static units since. From the banks of monitors to the switching, slo-mo, audio and more, they now have facilities back at base that, to a great extent, are the same as the ones that would have been parked in stadia around the world only a few years ago.

In fact, they’re better. They’re bigger and more spacious areas to work in, because they don’t have to be crammed into the back of a truck and driven round the country. And they’re way more efficient too.

Roughly speaking, an average OB truck spends around two thirds of its time travelling, setting up and derigging, and only one third of its time actually working. Stick all that production kit in one centralised place and you can cover two or even three football matches on the same day, with the same equipment, and even the same production staff as long as the kick-off times are staggered appropriately.

What would have taken three sets of everything now only takes one. Indeed, we are rapidly getting to the point where the only things moving round the country are the cameras, mics, and the people that operate them. Add in more remote camera positions as latency decreases further and even cameras can be operated from base, and there will be even less of them too.

How many less? It’s difficult to tell. But there were 40% fewer personal from broadcasters round the world at the Beijing Winter Olympics than at the PyeongChang Games four years before, and more than 20 broadcast organisations received their feeds in real-time at a centralised production house back home through the Cloud, in either UHD or HD.

The result is that the modern OB workflow can connect pretty much anyone to everywhere, with latency and the cost of connectivity now the main issues. Camera and audio feeds come in from one direction, commentary from another (lots of commentators never left their house during Covid), graphics are round-tripped to a specialist…it’s a genuinely distributed and even intercontinental workflow nowadays that once all had to be housed in a single vehicle. One day we’ll marvel that that even used to happen.