How can video and film production work in a Covid-19 world?

As people return to work around the world, can the production world operate effectively and safely with Covid-19 still rife? 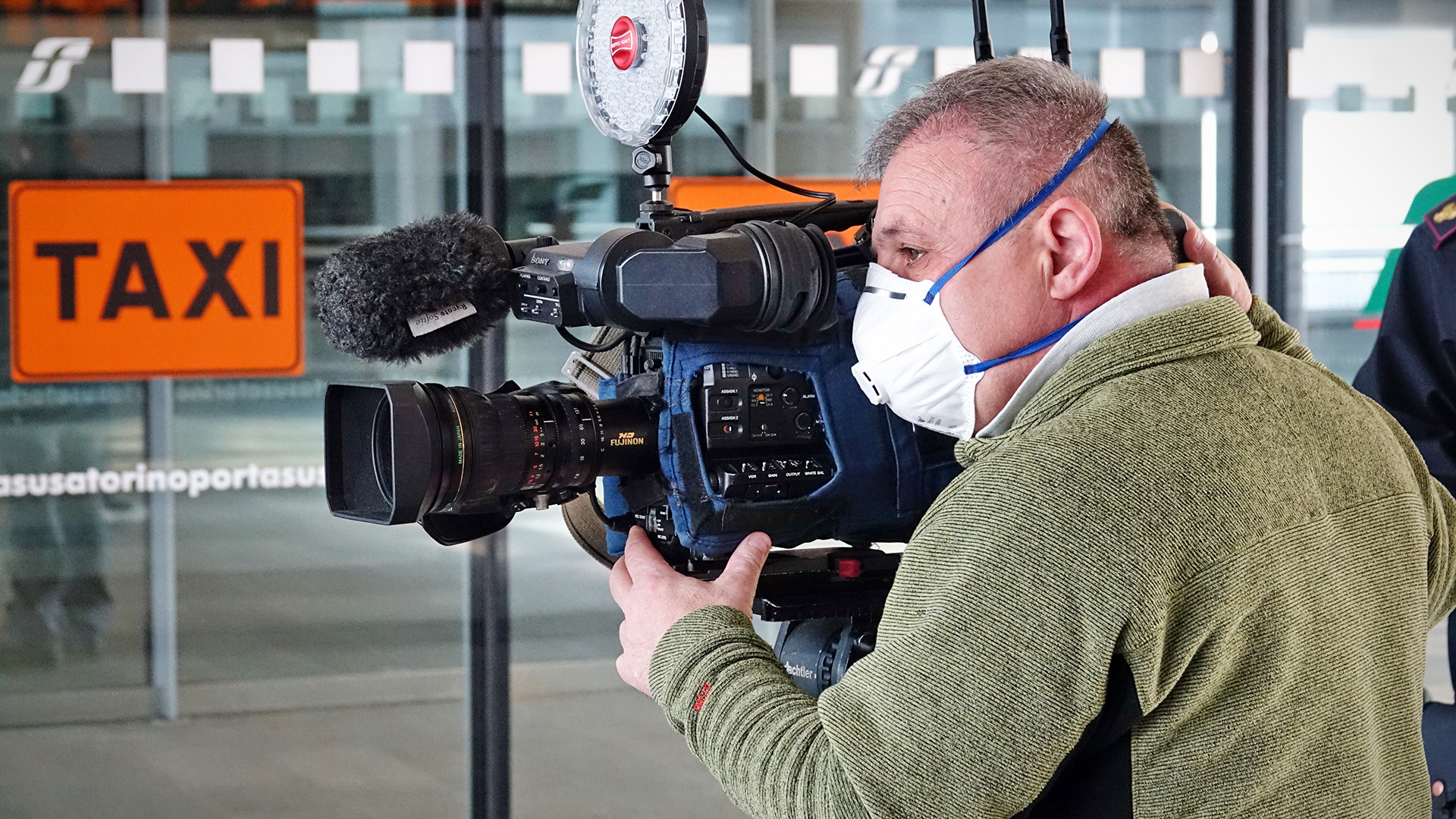 Can video and film production operate effectively and safely in a Covid-19 world? Image: Shutterstock.

On the very day this piece was written, the news was full of the discovery that a fairly conventional steroid can reduce coronavirus mortality rates. While that discovery is very welcome it is only really applicable to people who are already badly affected, so it doesn’t do much to take the pressure off the medical infrastructure. With that in mind, as people begin to trickle back to work all over the world, let’s consider what’s actually changed in the last three months.

The short answer is not much. Absent the discovery of a wonder-drug, which the recent discovery is not, it was always likely that the severest coronavirus precautions would be ended by economics and politics before they were ended by medicine. As a result, people working in every trade in every country are trying to figure out how to run a business when more or less the only intervention we have available is to change people’s behaviour. That’s not entirely comforting, given the stakes involve potentially involve being partially responsible for a large number of deaths.

And yes, that’s what we’re talking about, and we should be very careful to be upfront about it.

The film industry, in common with many others, has produced a lot of written material that’s intended to describe working practices that will reduce the risk from the virus. The reality seems to be that most of the precautions involve doing more or less the same things we’d do to avoid spreading the common cold: capture coughs and sneezes, stay away from people and assume all surfaces are potentially contaminated, handwashing as appropriate. Guidance from national bodies and unions generally goes into more detail on separation, cleaning equipment and environments, and the availability of facilities to make things like handwashing practical, given the often strange places that crews have to work

Some departments – particularly hair, makeup and costume – clearly have bigger problems to solve, but anecdotes from all departments on the few productions that have already gone back to work aren’t that encouraging. Productions for some reasonably big broadcasters have already been described as not enforcing separation or mask-wearing and failing to provide adequate facilities. A common, and tiresomely predictable, theme is the idea that precautions are observed with great enthusiasm for the first half-hour in the morning, then effectively fall apart once everyone gets bored, busy, or stressed.

The reality of being on set

While health and safety is famously everyone’s responsibility, and we should all do our best, this is why a lot of the guidelines suggest the appointment of someone specifically briefed to enforce the rules. Another common thread in recent production reports has been that this job is often given to a very junior person whose lack of experience and seniority leave them in a very difficult position.

A runner who tells a producer (and therefore boss’s boss’s boss) where to stand, and actually insists on being obeyed, might as well throw his or her prospective career in the nearest burning barrel. There are already stories – and stories only, but from plausible sources – that production companies are looking for coronavirus supervisors who are known to have a fairly relaxed and permissive approach, which may be why there are even producers on set in the first place (given the need to minimise the number of people in attendance, there perhaps shouldn’t be).

To be fair, most of the productions we’re discussing here took place before the publication of the various national guidelines, although if we’re to state that masks and distancing were required, that really should be enforced. There are also considerable difficulties around the potential aftermath: with coronavirus having an incubation period up to a couple of weeks and many productions shooting for just a day or two, there is often no way to determine which production might have been the source of the problem – or whether someone might have encountered the virus outside work entirely.

Producers and insurance companies are frankly quite right to be concerned that this raises the spectre of huge liabilities for something that may be completely unconnected to any shoot, even if it was possible to completely control all risk. In some parts of the world, productions are asking crew to sign a waiver, which creates a messy situation in jurisdictions where employers’ safety responsibilities cannot be voluntarily waived by the employee.

Meanwhile, it’s clear that shoots under coronavirus precautions take considerably longer than they otherwise might. Schedule increases of 30% have been seriously proposed. It remains to be seen whether that will lead to worse productions, shorter productions, fewer productions, or huge quantities of unpaid overtime. We’d be forgiven for fearing that productions will do what they can to force the financial consequences of all this down to the lowest possible level - which, going by recent experience, might actually be the person assigned to enforce virus precautions.