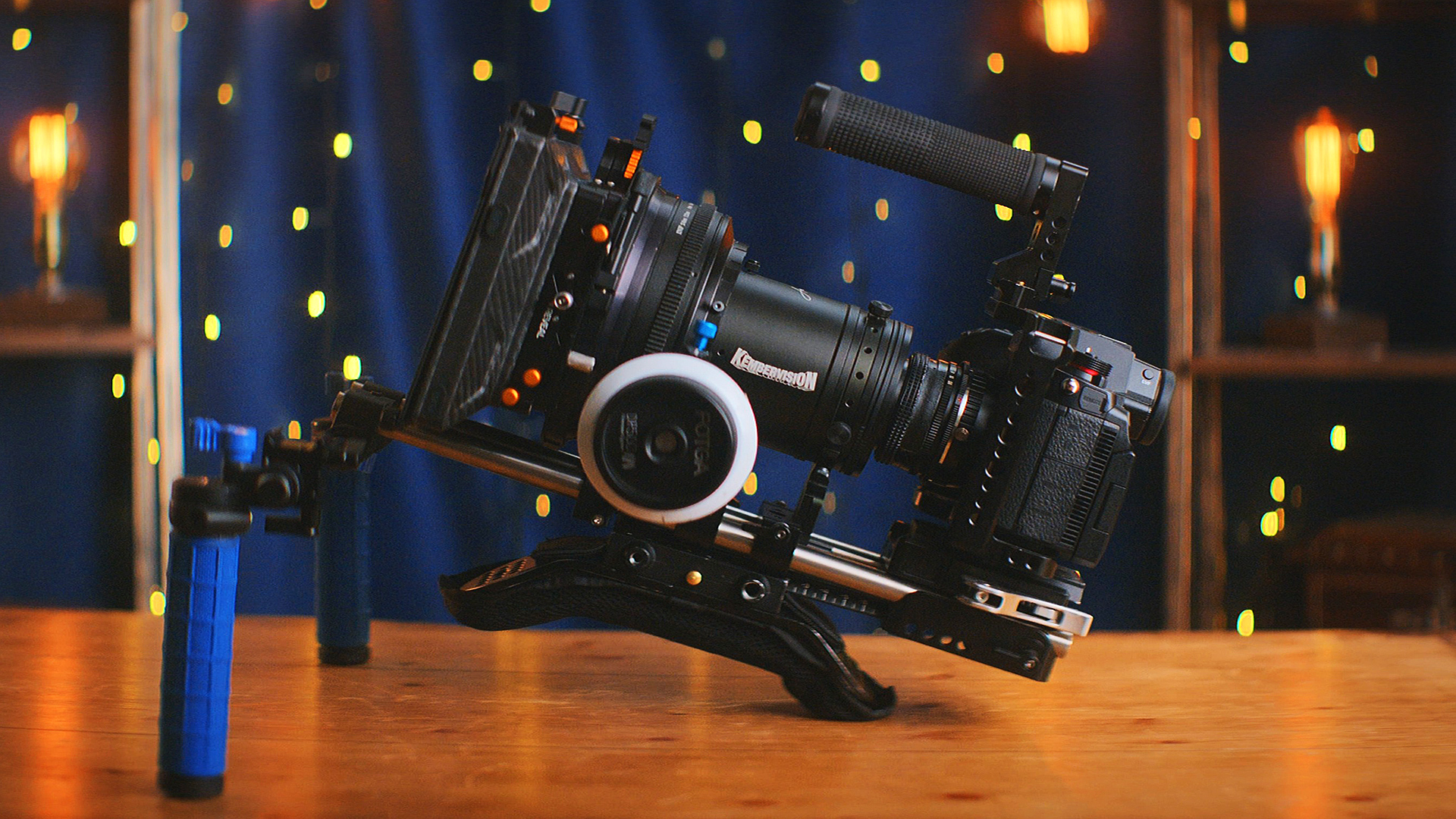 3 minute read
Yes, it is possible to make your own anamorphic lens for a fraction of the price of a 'real' one.

Simply grabbing the nearest lens of legend, though, often demonstrates all that glitters is not gold.  The line between “characterful” and “bad” is sometimes as blurry as the corners of frame on some storied piece of historic brand-name glass, especially wide open. Close down, and we discover the opposite problem: it’s almost heresy to say so, but even the most revered designs often look shockingly similar at or above f/4 and often just shocking below it.

With a healthy budget, the answer is often anamorphic, perhaps because it keeps doing interesting things even when closed down enough to perform well. The problem is, unless you've stolen Elon Musk's credit card, you can't afford a set of anamorphic lenses, because they cost as much as a house. Anyone who's a tinkerer will probably have come across the alternative idea of duct-taping an anamorphic projection lens to the front of a camera. It can work, but there can be issues with stability, and sometimes requiring two lenses to be focussed separately, precluding on-shot focus pulling.

There are solutions to those problems, but as with any back-bedroom project the process of establishing out exactly what works becomes complicated, and the parts needed for experimentation can start to mount in cost as we work around the pitfalls. What'd be really great is if someone else had already done all that work, giving us a route around the most expensive and frustrating parts of tinkering. 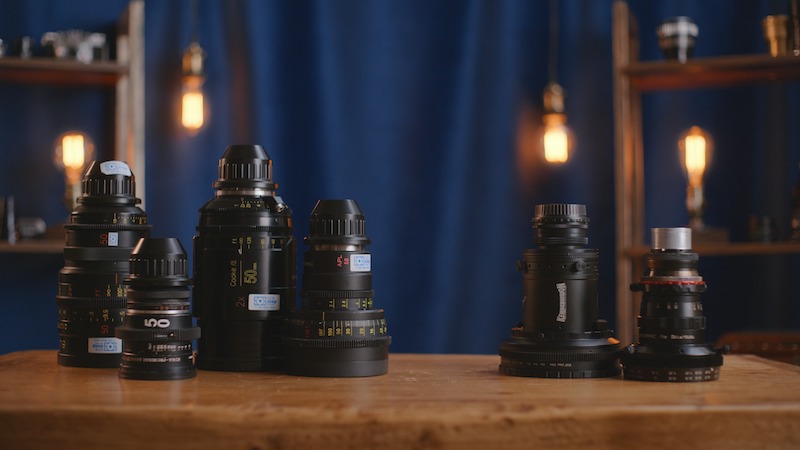 Happily, someone has. Oliver Kember is a director and cinematographer who has gone through the whole process himself and produced a comprehensive course of 61 videos, ranging from a few minutes to half an hour each. There’s a huge amount of content which goes into great detail on topics such as which parts work well and the practicalities of clamping it all together in a configuration that doesn't cause reliability problems on the day. The course, available at cinesaga.com, sells for £299 and there are previews viewable for free. RedShark readers enjoy a £50 discount with the code SHARK50.

The first question most people will ask is simply do they work. Not to make excuses, but to put things in context, anamorphics are difficult, and there's the confounding factor of whether a particular behaviour of a particular lens is something we like or dislike. The images supporting this article demonstrate that optical quality is comparable to at least some off-the-shelf options. Kember is careful to say that if there’s a downside it’s the mechanical build which is perfectly sturdy and stable but might confuse uninitiated camera assistants.

Kember's designs have been used to shoot material for the vast LED advertising screen in London's Piccadilly Circus; other examples (including a frame of that advertising piece) are given in the images here. As with any lens they'll perform better under some circumstances than others but they are certainly capable of the sort of results that people seek out in the old Russian anamorphics that currently sell for vast sums, and they produce all the popular optical fireworks too.

Technologically, this is no surprise; Kember's approach uses a front variable diopter design to provide a single point of focus control to the underlying anamorphic and spherical lenses. This is the same general layout used by Lomo roundfronts, among other expensive and desirable things, and the variable diopter provides us with standard cinema gearing so the resulting design drops neatly into existing working practices.

It also discusses options to create lenses with compression ratios of 2, 1.75, 1.5, and 1.33:1, and various anamorphic projection lenses are known to flare in different ways. It's apparently possible to build a kit of parts that can be reconfigured to suit various purposes. That also makes it really inexpensive to add new focal lengths, which can generally be done for the price of a simple photographic prime.

There are, naturally, limitations. Shorter focal lengths become progressively trickier, when the limited size of one part might cause it to vignette another. Many anamorphic sets don't go very wide anyway, presumably for very similar practical reasons, and the anamorphic element has the effect of increasing horizontal field of view anyway. Still, don't expect to build a 10mm rectlinear anamorphic prime. There are ways to accommodate cameras up to and including full frame, and Kember reports good results on the Panasonic S1H.

The concern for many will be whether it's actually possible to come up with lenses that can be used reliably in professional circumstances. That’s something that can only really be determined by taking them out for the day, which we’ll do as soon as circumstances allow. Kember is crystal clear that the lenses resulting from the techniques he describes are not really something one could rent out; they're practical for personal use only. That's the case with a lot of the results of tinkering, whether it's grip equipment, lights or anything else, and given a camera assistant who’s reasonably quick on the uptake they’re very usable. 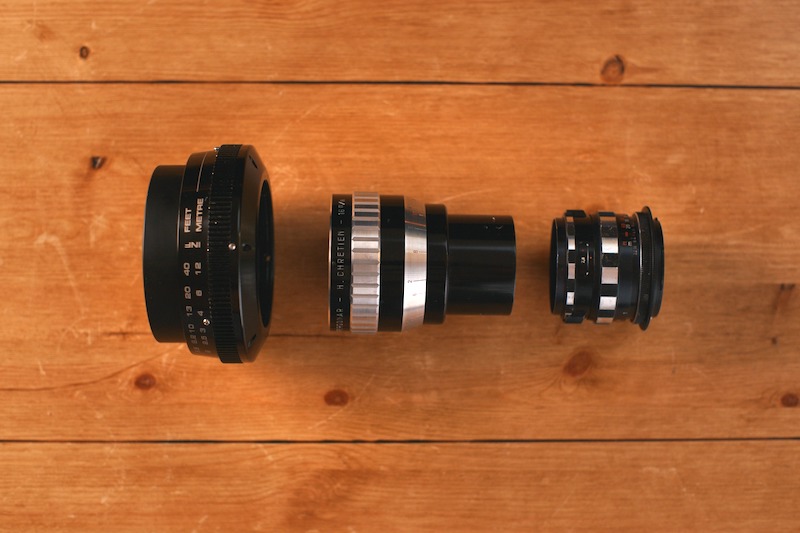 Typical assembly of three components to create an anamorphic lens.

There's a lot of room for innovation and it's very affordable. Even with Kember's help you'll still need to be a tinkerer, and the exact costs depend on exactly what set anyone wants to build, and to suit what camera. Still, he suggests that a set could be built for £2000 or so, and even taking the cost of the course into account, that's approximately one per cent the value of some anamorphic sets.

Or, at least, that's true until this article drops, and eBay is abruptly hoovered of every piece of anamorphic glass on the planet.