Holographic video is not here yet, but this looks like the next best thing 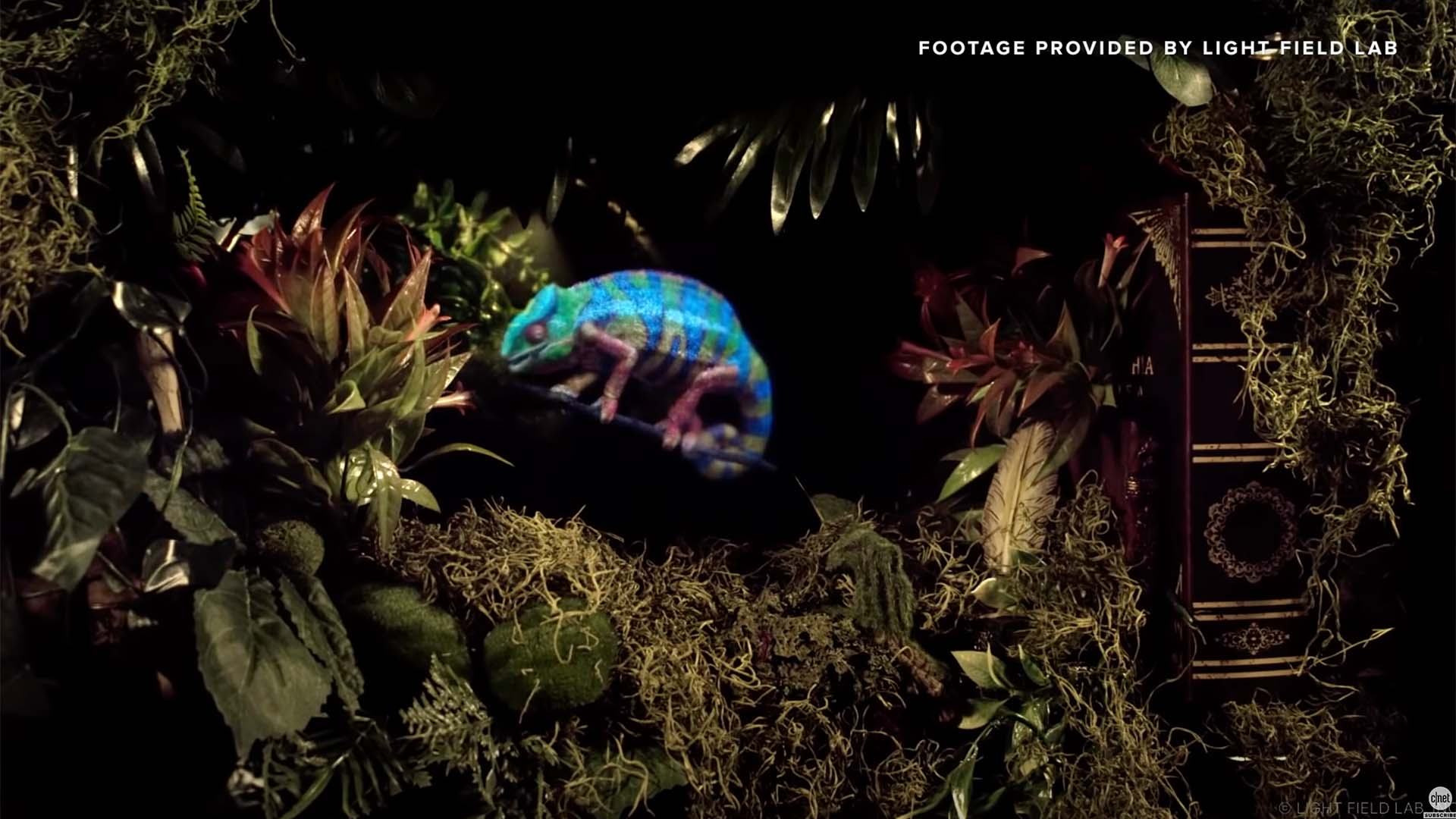 Light Field Lab's latest demo of apparently real holographic video has got people talking. But is it really a hologram, or merely giving the impression of one? Phil Rhodes dissects the reality.

The word hologram is much abused. In fact, if you've got a minute, it's been abused, beaten with a stick, chained to the wall in a filthy outhouse and fed a diet of poor-quality imitation gruel. The term has been enthusiastically misapplied to a Pepper's ghost of a video projection, which is more or less the same technique used to create the heads-up display in a military aircraft, as well as things like Red's abortive smartphone. Neither are holograms and only the latter even simulates stereoscopic depth perception. Now, we have a new pretender in the form of Light Field Lab.

The display in Red's phone was presumably derived from technology developed by a company called Leia, which operates using a patterned backlight diffuser directing light out of the display at a variety of angles. Sequence the backlight direction and change the displayed image in synchronisation, and it becomes possible to create a display that has true anisotropy, or, simply put, looks different from different angles. That can simulate stereoscopic depth perception, but it is not a hologram.

Actually, it looks rather like a lenticular poster, since there's a limit to the number of angles the backlight can handle, and thus a visible segmentation when the display is rotated slowly. Light Field Lab's demo seems to avoid any very obvious sign of that, but let's not get too excited. Perhaps the most public reveal of the company's technology to date has been CNET's video, which breathlessly refers to Light Field's technology as "REAL holograms!" It's light on detail; there's some odd moire patterning visible, but the presented material doesn't otherwise give us too much to go on. Clearly it works to an extent, but then the oldest type of lenticular stereoscopic 3D displays work to an extent.

Technical drawings - which is a generous term for some pieces of motion graphical fluff - suggest a light-emitting device (type not specified) topped with a couple of layers (nature not specified) intended to have special optical properties. One is called a "PhaseGuide," a term the company has taken the time to trademark, though it's not clear on what level it interacts with the phase of anything. The one beneath is labelled a "nanoparticle polymer fused surface energy relay," which sounds as if it was generated at buzzwordcombinator.com and doesn't tell us much about what it actually is or does ("tiny specks of stuff suspended in plastic that's transparent" might have basically the same meaning).

To risk a large speculation, the whole setup sounds vaguely analogous to a highly developed version of the multi-angle diffuser used by the Leia display, albeit with a different stacking order and possibly rather higher angular resolution; there are some slow tracks in CNET's video which don't reveal any clear hints of segmentation.

At that point, we're heading deep into the long grass of supposition and assumption, but that calculation highlights one of the issues of this sort of display, or of any three-dimensional imaging system. No matter how we construct such a display, one of the bigger issues is the way in which we record, store and transport content for them.

Assuming a display with an ideal 180-degree viewing angle, if we want to be able to show a different view of the subject for every five degrees of rotation, which will certainly show up as segmentation, we need 1,296 images per frame (since 180 ÷ 5 is 36, and 36 squared is 1,296). Compression leveraging the inevitable similarities between views will work, but even for an HD image, the data workload becomes absolutely vast, and that's before we've even talked about high frame rate, beyond-HD resolutions, or HDR, all of which are likely to be helpful for the sort of theme-park and live-experience applications to which this sort of technology is well suited. Possible, yes, but hard and expensive.

The demonstration shown in CNET's video is in many ways convenient for the company. The display is sunk back behind window dressing and can't be viewed from a wide range of angles, and it's at head height, limiting the amount to which it can be viewed from above. Also, in its (clearly CGI) demo videos, the company is extremely careful to barely not show three-dimensional objects projected beyond the borders of the display, which is something an angle-multiplexed display cannot do.

There are a few other concerns. Stereoscopy is not particularly useful at the sort of distances depicted in the dinosaur encounter display, for instance, although in the context of a theme park ride, the idea of providing the viewer with a true perspective view, as if through a window, is interesting. It's also not entirely new, given that video projection with perspective changes to accommodate viewer motion have been done before, by taking into account the known motion of a theme park ride vehicle, though the sort of display we're guessing about here can handle multiple viewers at different angles simultaneously.

If a long history of disappointment has made us cautious, well, that's probably healthy at this stage; the general reputation of silicon valley silliness doesn't help, though this is not necessarily that. What we've seen does appear to be an evolution of previous technologies, even in the limited demonstration we've seen. It's not a hologram and it's not the glowing free-space object made of light that everyone likes to put in sci-fi movies, but it looks a lot like it might be progress.