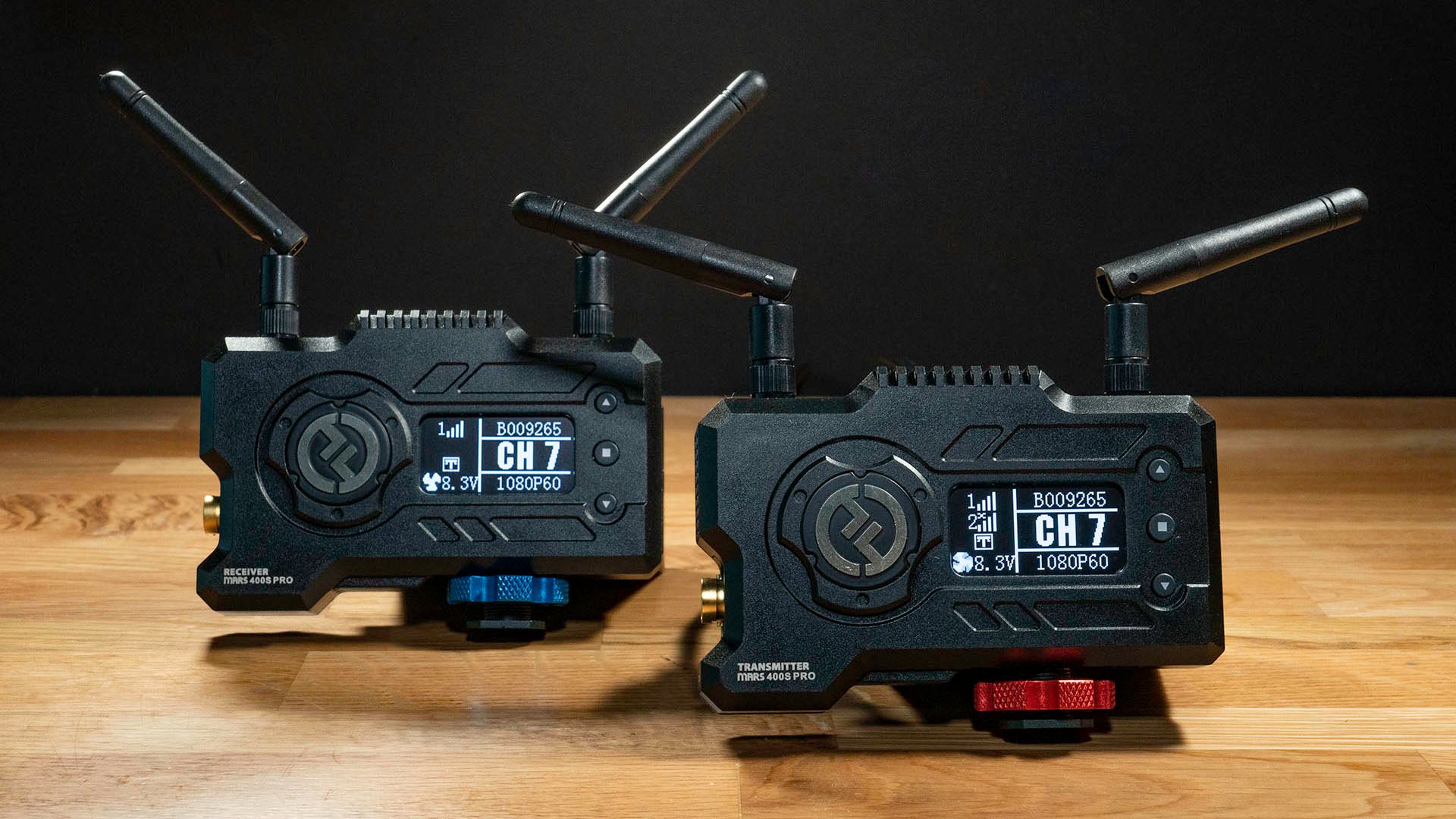 Hollyland has recently introduced a new product to its popular line up of wireless video links. These units bring the cost of entry to wireless monitoring down to within the reach of most productions at £620 but how do they perform?

Part of the appeal of these units is the ability to stream wirelessly to multiple smart devices or two devices and the included receiver. With full size HDMI and SDI connections at both ends this means that a wide range of cameras and monitors can be accommodated.

At 225g each the small Mars 400S Pro units are designed to mount to DSLRs and monitors with their cold shoe and ¼” thread options. I like the fact that the colour of the locking screw denotes the function, the transmitter being red and the receiver blue, saves some confusion during setup. These units are constructed entirely from metal for heat dissipation and also contain a small fan which vents from the battery mount. It is audible but disappears into the background noise from about 1M away. It will be picked up by any on camera mic but it can be turned off or slowed down in the menu system.

These units can be powered from a Sony NP-F type battery, a 12v power supply (one is included) or a USB-C power source with a voltage range of 5-12v. In my tests a large non-original 970 type battery lasted 410 minutes on the transmitter, power consumption over USB-C averages to around 6W on the transmitter and 5.5W on the receiver.

The transmitter also contains an option to alter the encoding bias, it has 3 settings HD, Balance and Speed. Each setting doesn’t seem to make a great deal of difference to picture quality when monitoring on a typical hand held off camera monitor, they all look quite good.

In use it was just a simple case of powering them both on, the channel scanning and connection is done automatically as you would expect and takes around 30 seconds before you get a picture. You can also use both HDMI and SDI outputs on the receiver simultaneously. If I was being picky I would say the power button is a bit on the small side for larger fingers.

You can use up to 3 sets of different TX and RX in the same space by using the scan option in the receiver and careful manual channel spacing using the front mounted buttons. You are able to connect 2 receivers up to a single transmitter but then you can’t use any smart device running the app. 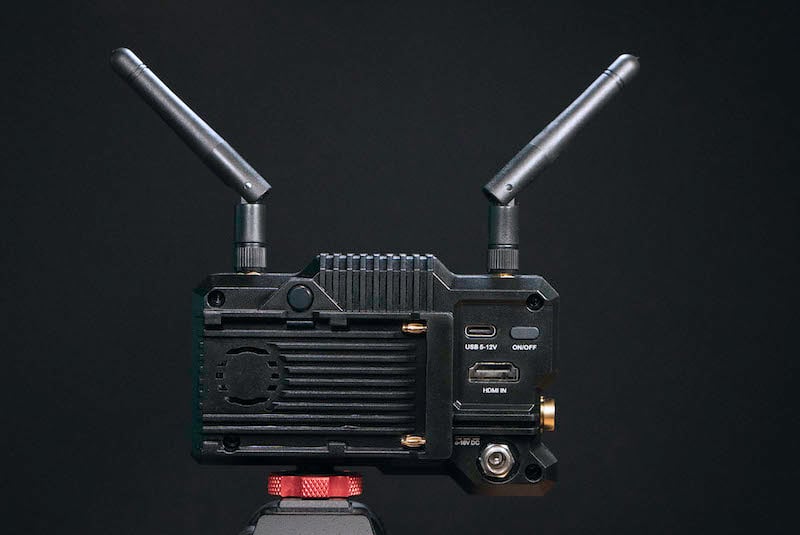 The HollyView app allows you remote viewing of the transmitter over WiFi. If you aren’t using any receiver then up to 4 devices are supported this way. Although initially I had some difficulty setting it up on my iPhone as I hadn’t realised that I needed to disable cellular data for initial setup and make sure precise location was enabled. If you are using a single 400s Pro receiver then you can also monitor with a 2 devices running the app.

The other thing that was not obvious was the way you change the Wi-Fi password. I originally thought that this was done in the menu system on the transmitter but no, it’s actually performed in the app. This does have the benefit of passing through the new password to the transmitter which means that you don’t have to input it again in the network setup option of your phone or tablet (at least with iOS).

As for functionality – the app includes the ability to grab screen shots and record the stream, it also has the usual viewer assist features including false colour, zebras, magnification and histogram. You can apply either the included 3D LUTS or you can upload one of your own, there are 3 assignable preset memory locations available.

In my tests the addition of this system adds around 0.083 seconds on top of any existing system latency you may already have. That’s not ideal for focus pulling but quite acceptable for off camera directors monitoring and I’m pleased to see it’s within the margin of error for exactly what the manufacturer claims. It also doesn’t seem to change with range or with any adjustment to the scene setting in the menu, you can use either Speed, Balance or HD without any noticeable effect.

Always a key consideration, Hollyland claim a range of 400ft (122m) when the transmitter and receiver are facing each other in free air and they also state that the best range is achieved when placed 1.7m above the ground. My tests were limited, but outdoors even without a direct line of sight I managed to get 110m (361ft) when using the receiver, this dropped to about 30m (98ft) when using a phone and the app. It might be possible to improve on this by replacing the supplied aerials with something with more gain, although I didn’t test that.

Hollyland have taken on board the popularity of streaming as well as it’s also possible to connect the receiver up over a USB-C to Ethernet dongle (not in the box) so that you can record the stream directly into software such as OBS or VLC.

Digital Wireless video systems have come a long way over the years, I remember using the house brick sized units on back of ENG cameras for director’s monitors. There’s a good balance here of price, performance and build quality - it’s not perfect but what you get should meet the requirements for a lot of users.