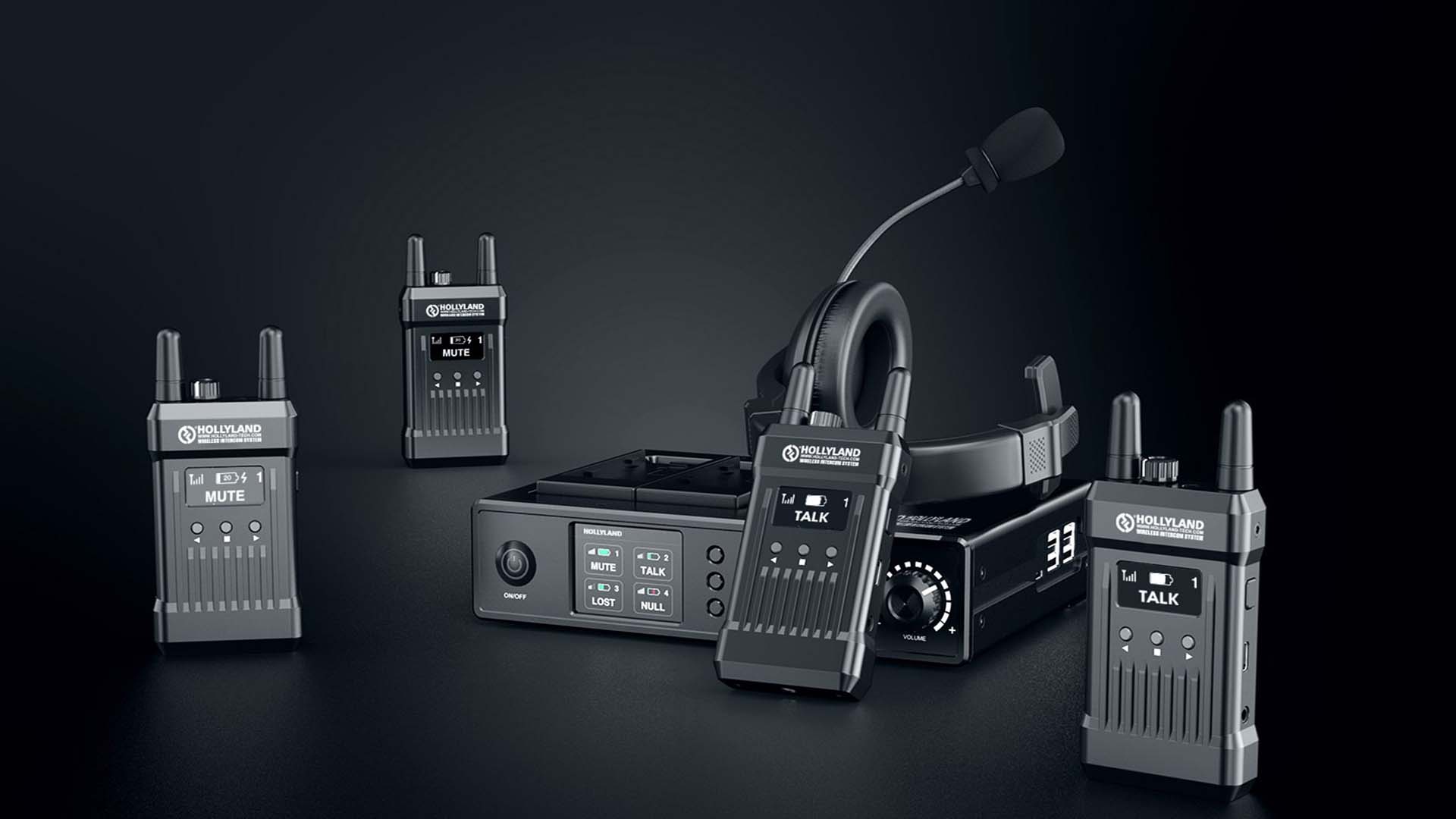 It was Orson Welles who once said that a writer needs a pen, a painter needs a brush, but a filmmaker needs an army. It’s strange how the huge technological leaps we’ve seen since Welles’ time haven’t noticeably changed that, although it has become a little easier for members of that army to talk to one another, using equipment such as Hollyland’s Mars T1000.

It’s a four-beltpack intercom system with a base station that can also take a headset, for comms among a team of up to five (nine with a second set connected). Hollyland is a company that’s often concerned with radio technology, and we’ve recently been quietly impressed by the Mars 400S video link. That’s a very movie-specific piece of tech, though, and it’s easy to imagine the T1000 finding a home in all kinds of situations where people need to be able to talk freely. 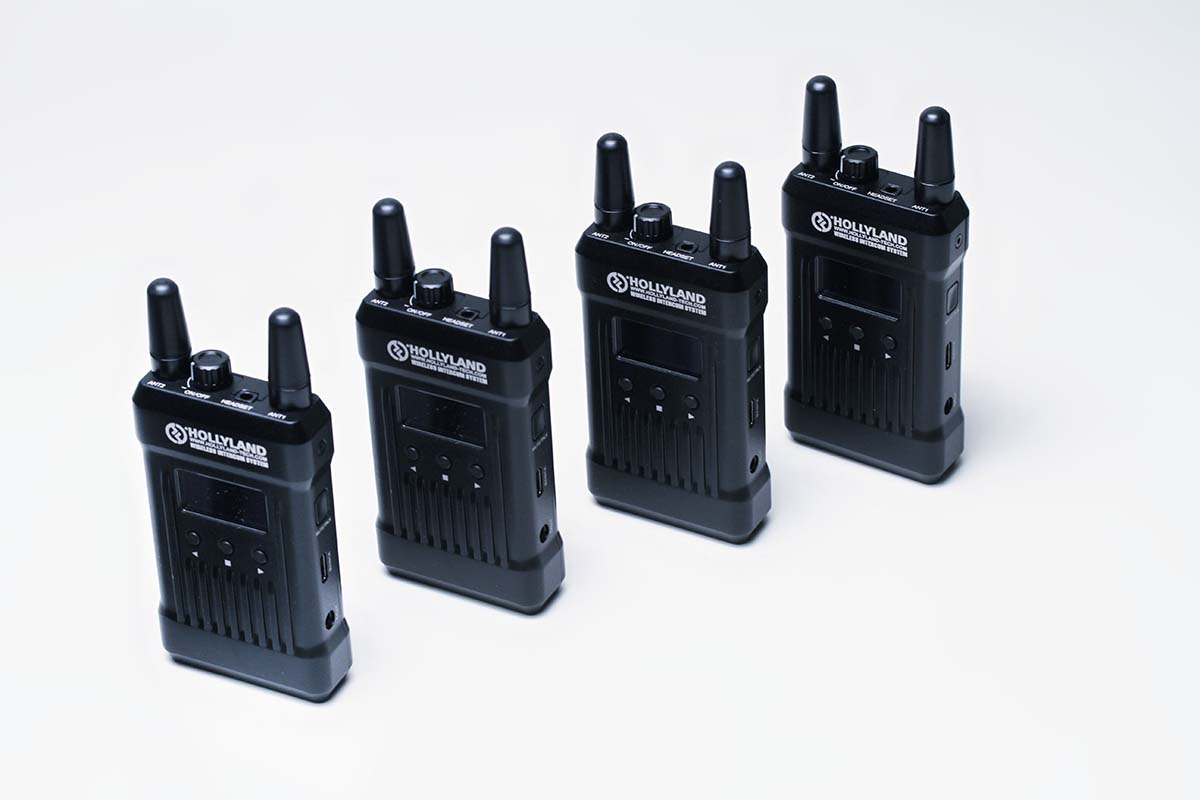 The term “intercom” bears some examination because this system doesn’t directly replace the conventional walkie-talkie. In many places - certainly in the UK - UHF walkie-talkies in the 440MHz range are commonly used on film sets, as well as for a lot of other business and light industrial applications. That’s not an intercom system, though; that’s a push-to-talk single user radio. The T1000 is a full duplex system in which everyone can, if they’re feeling particularly loquacious, talk all at once. That makes natural conversation a lot easier, removing much of the need for radio discipline, and crucially it means that grips and camera operators can whisper quietly to each other without having to push a button. It also means that all communication goes via the base station, which is almost inevitable for full duplex but does have some other implications too.

What's included with the Mars T1000

The whole outfit is presented in a pelican-style plastic case which appears designed to keep water out, with cutouts for the four packs and the base station plus an area underneath to stash the five headsets. It’s tidy, although it might have been nice to see a configuration that allowed the base station to stay in the case during operation, with the headsets on top. Each headset uses a conventional four-pole minijack connector which is non-locking, though they otherwise appear reasonably well-made and are comfortable.

The T1000 operates on the 1.9GHz frequency used by things like cordless phones. This is something of a relief given how crowded the 2.4 and 5GHz bands are becoming, especially around film sets, where video links, radio remote focus, various forms of telemetry, drone control, radio mics, bluetooth, wifi and lighting control networks are just some of the things packed into the conventional ISM spectrum. Some of those things are designed to frequency-hop out of each others’ way, with varying degrees of sophistication, although it’s good to be away from the commonest frequencies. 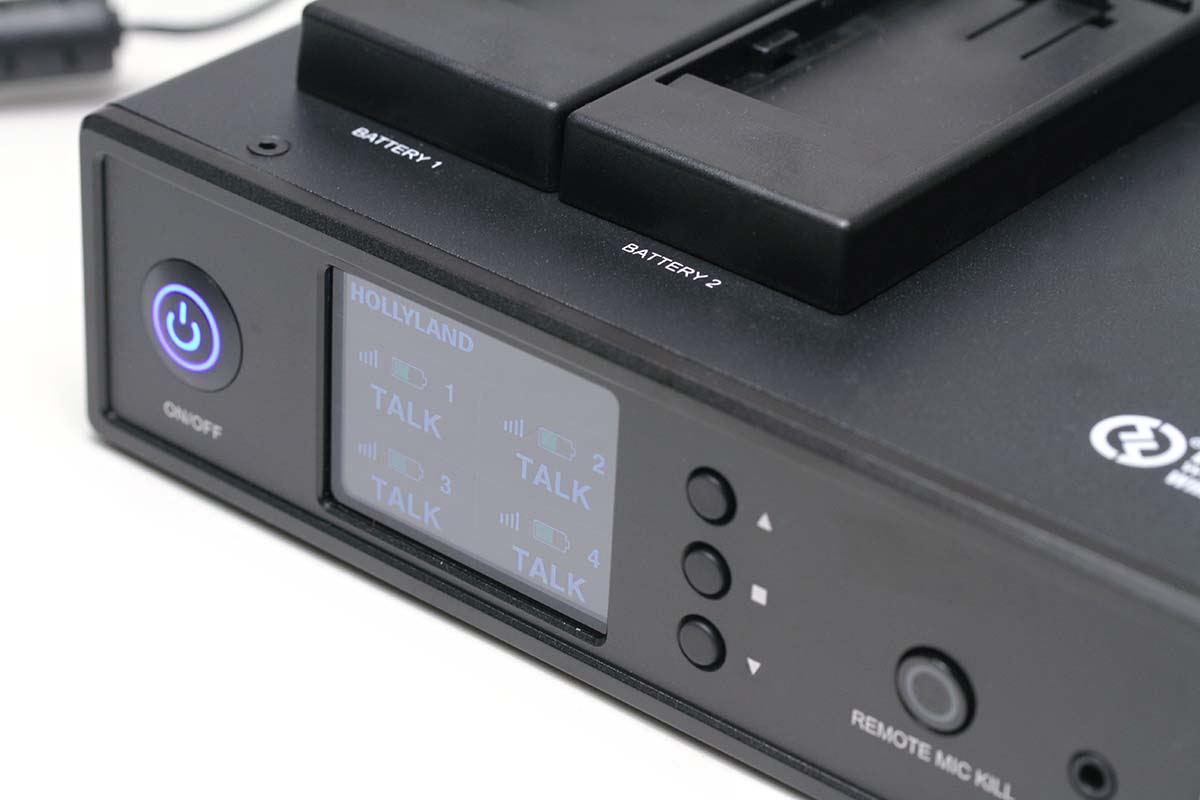 The performance of the T1000 is more or less what we’d expect from the technology. In realistic interior circumstances with a few walls to cross, it’ll go a few tens of metres, much like wifi, probably because microwave radio emissions don’t go through things very well. To make the full-duplex, everyone-can-talk behaviour possible, all transmissions go via the base station, so it’s possible to achieve longer person-to-person range by putting the base station directly between them. Conversely, it’s also possible for two people to be standing right next to one another and not be able to talk if the base station is too distant.

It’s at this point that the comparison with conventional walkie-talkies becomes inevitable, though perhaps not quite fair. The T1000 and a set of walkies don’t do exactly the same thing, though how much that matters will depends on the application. For a crane team that might need to whisper cues to one another, the hands-free aspect is important. The T1000 also has a tally light feature that relays parallel inputs from a vision mixer through to dedicated outputs on the beltpacks, which is a tidy little idea for live production. 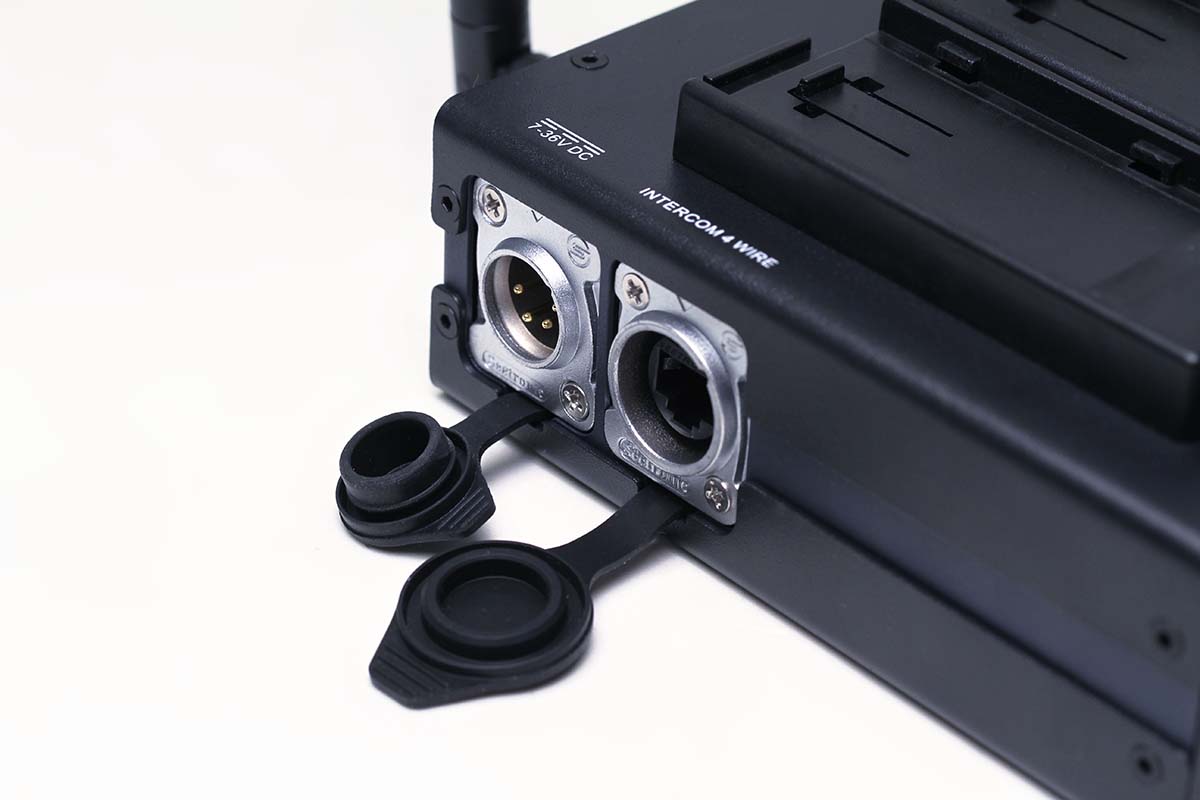 As we’ve said, the walkie-talkie comparison isn’t entirely fair, though It’s hard to avoid the reality that even license-free 500mW PMR446 radios (or their international equivalents, such as FRS or GMRS in the USA) tend to have rather longer range. Go up to five-watt UHF radios, which can be used with relatively trivial licensing in many major jurisdictions, and we’re talking about a communication system which will go tens of miles in open country, and often a mile in town, which the T1000 system certainly won’t do.

All of this conspires to make the T1000 look a little expensive. CVP sells the four-beltpack kit for a shade over £1500, which is certainly enough to buy five UHF walkie-talkies. That said, there are quite a lot of parts in the kit - the case, foam, headsets, bags and spare earpads for the headsets, power supply as well as the USB charging cables and antennae all bulk out the packing list and none of those things is free. The quality can be very good; as with a lot of digital tech the failure as we stretch the range is rather abrupt.

In the end, the T1000 willl make sense for people who need the hands-free full duplex and the compactness which could even be hidden under costume for remote-directing actors, which is something we definitely can’t do with a walkie talkie. It’s a tidy little system and can even be expanded to eight beltpacks with a second kit and the supplied link cable. Like all communications, it’s one of those things that can seem indispensable once we’re used to that magic ability to keep Welles’ army marching to orders without just having to shout.