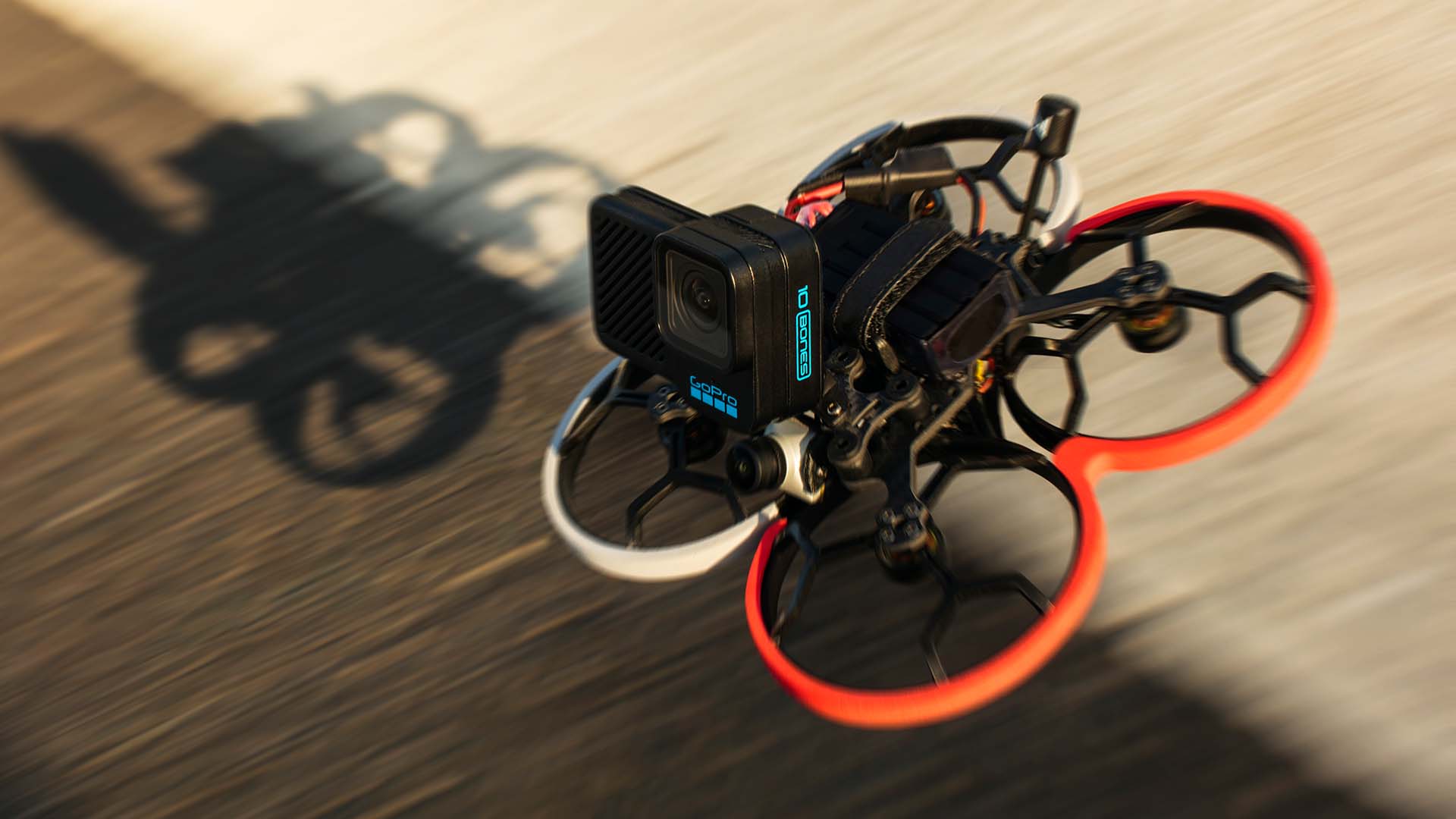 GoPro has announced the HERO10 Black Bones, a stripped back HERO10 designed specifically for FPV drones.

Earlier this year we reported on how GoPro's Nick Woodman had stated that the company would be producing more specialist cameras this year, based on existing tech. The Black Bones is the first of these devices, designed specifically for FPV drone use.

The HERO10 Black Bones weighs in at 54g and is light enough for 3" FPV drones. It's designed as the 'eye candy' camera, to supplement the main FPV camera that broadcasts to the flight goggles. The Black Bones camera is similar in width and height to the standard HERO10, except that half of its body is much thinner.

Because the camera is designed for FPV there's no need for waterproofing, so the body features cooling vents all over. There are no LCD displays or batter compartment, since power is designed to be taken from the drone's main battery system. Three wires protrude from the body ready to be connected in your chosen manner. 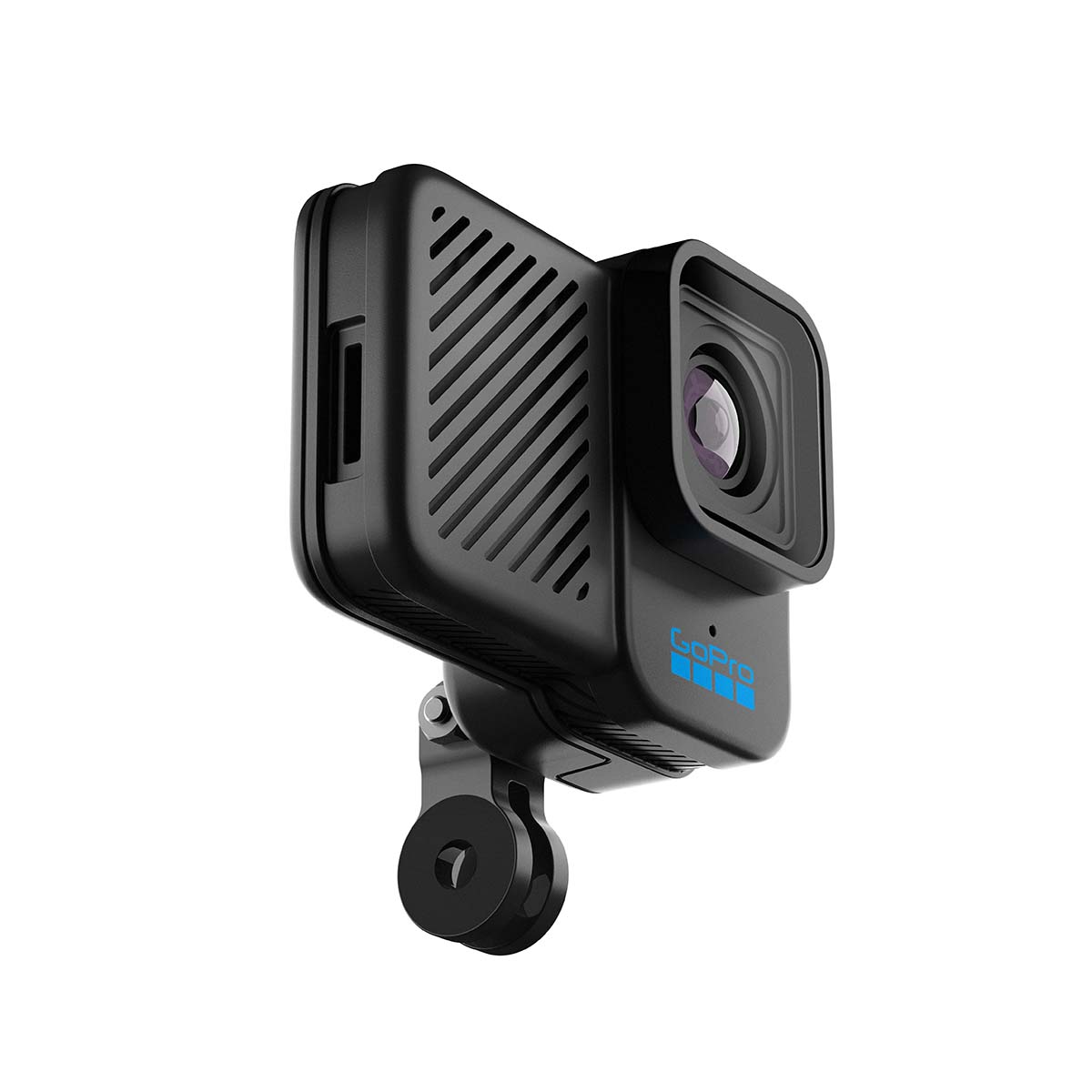 The back of the camera features a standard single screw boss for mounting, but it also comes with a hinged variation of the standard GoPro mount that can be attached to it, allowing for more creative freedom on precisely how the camera is situated. There's an open SD card slot on one side, and two buttons on the rear for powering the camera on and off, beginning and ending recording, and changing capture modes. The camera also comes with an integrated BEC on board.

However, all video and photo modes that are on the standard HERO10 are all here, including 4K at 120fps and the GP2 processor. Though with the additional venting there should be absolutely no problems with overheating. It also features the same replaceable lens cover, which means that ND filters designed for the HERO10 can also be used here. 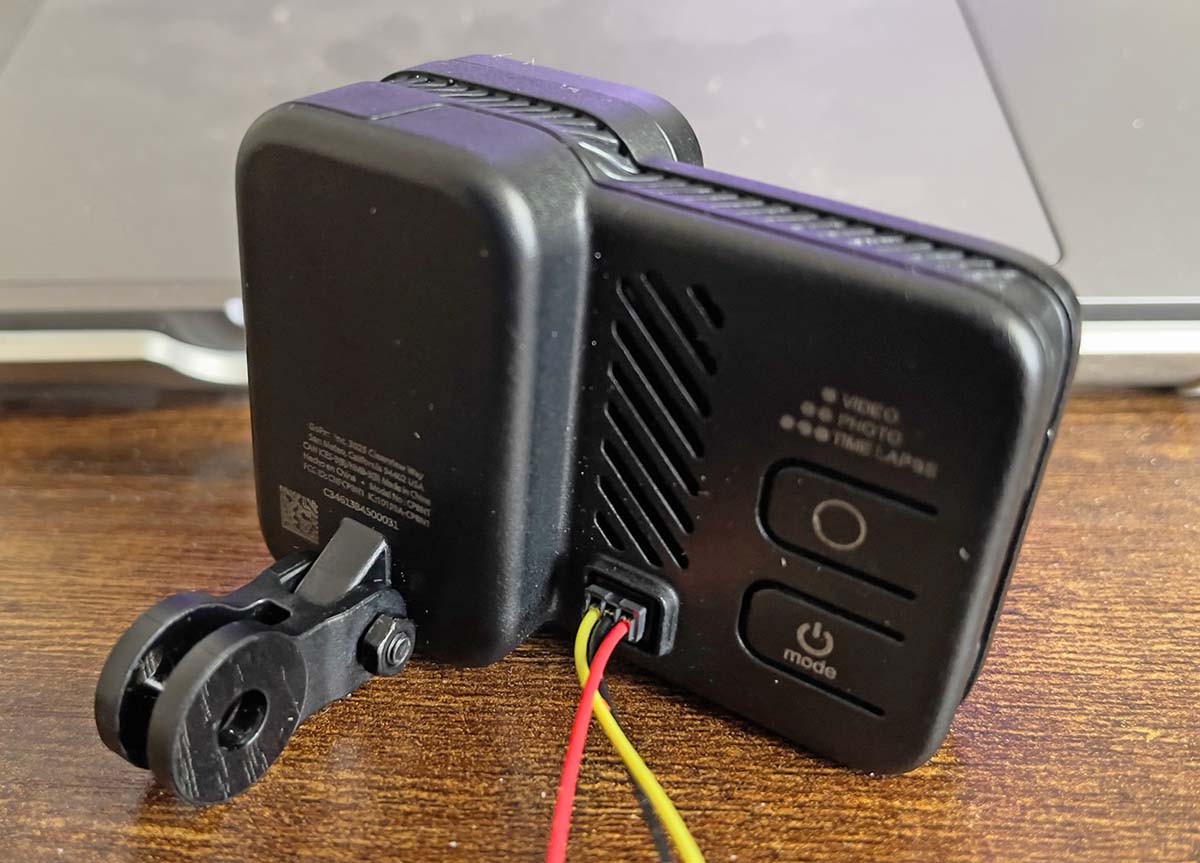 Our review unit, showing the rear of the camera with the two control buttons and power wires, as well as the adaptable mounting system.

The camera comes complete with a full ReelSteady software license, which is now part of GoPro's new Player update. Whilst HyperSmooth 4.0 is available on the camera, some users prefer to do all their stabilisation in software for more control. ReelSteady not only provides for award winning stabilisation, it also deals with lens distortion as well.

The Player software itself has just had a significant update ahead of the Bones announcement. Whilst the Black Bones camera itself comes with a ReelSteady licence, other users will need to obtain a $99 to use it. From what I've seen it looks exceptionally good, however, and even allows further stabilisation of existing HyperSmooth based footage. Something that was not possible in the original ReelSteady software.

Lastly, the Bones can be used with GoPro's QR firmware, which allows useful functions to be applied to it. For example the camera can be setup to detect take-off movement through the gyro and be set to automatically start recording when it does so. It can also be controlled via the GoPro Remote as well as with voice control.

The GoPro HERO10 Black Bones is available now for US$399.99 with an included one-year GoPro Subscription or $499.99. For more information visit GoPro's website.