GoPro has announced the GoPro HERO 10 camera today. It promises a totally new user experience with a brand new GP2 processor and 4K at 120fps.

It's September once again, and that means it's new GoPro time! One thing GoPro can't be accused of is failing to create a buzz around its products. A new GoPro doesn't just mean a new camera; it also means a new highlight reel full of beautiful people and beautiful locations. Yes, most of us have a face for radio, and we end up using our GoPros on a rainy day in Wales or on our local muddy MTB run, rather than free diving in tropical seas or performing loops in a stunt aircraft. But to be sure, GoPro's highlight reels are impressive.

I speculated on what might be coming for the HERO10 a few weeks back, and although I didn't get everything right, I predicted the GP2 chip, and now here it is in all its glory.

The GP2 chip has been a while coming, and it has been much needed. The inclusion of the new chip has enabled performance upgrades across the board. Let's find out what's changed and what's new. 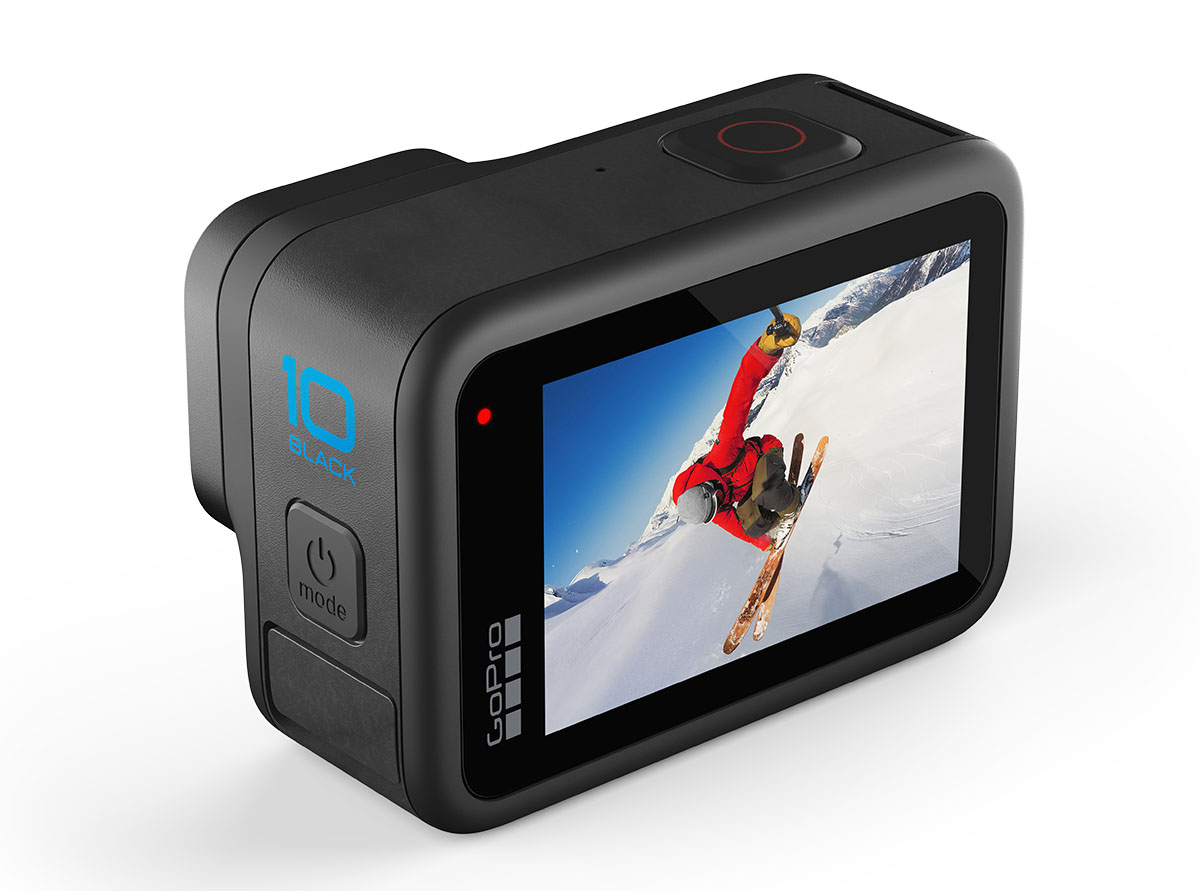 The rear screen on the GoPro HERO10, with much improved responsiveness. Image: GoPro.

Here's a tl;dr on the HERO10 specifications:-


The GP2 processor and what it means

A new, faster processor in the HERO10 means several things. For a start, it allows the higher resolutions and frame rates, but it also means that the HERO10 should offer a much-improved user experience over the HERO9, which came in for some criticism over its sometimes laggy interface. The GP2 should change all that, with GoPro emphasising faster responsiveness and much faster power-up times. With any luck, it should also mean far faster saving of SuperPhoto and raw images.

The GP2 should also mean higher quality images in general. GoPro told us that it has enabled new algorithms that give video capture local tone mapping and new 3D noise reduction to improve low light performance. Additionally, the new processor means that the frame rate on the front-facing display is hugely increased during recording. 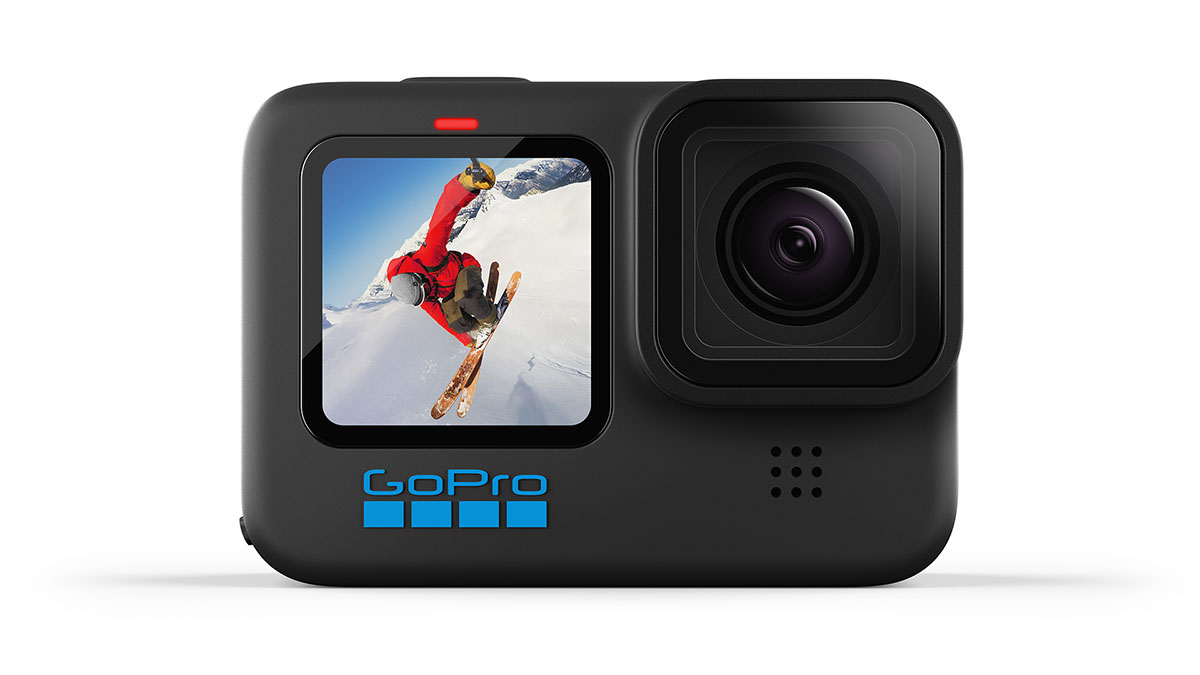 The front screen on the GoPro HERO10 has a higher refresh rate thanks to the GP2 processor. Image: GoPro.

It wouldn't have made sense for GoPro to move to a new chip after only moving to the IMX677 with the HERO9. It's a good demonstration of what a better processor can give you.

We don't currently know the battery life with the camera running at the highest resolution and frame rate or at 4K/120. However, we'd imagine that improvements to the GP2 will have included power efficiency and overall performance.

With the video topping out at 5.3K, it is possible, in 5K 4:3 mode, to grab 19.6MP stills from any action you film, while in 5.3K 16:9 mode, stills of up to 15.8MP can be pulled.. Granted, these will have had HEVC compression applied, but that is still an impressive claim to fame.

The main improvements to HyperSmooth are that it works at most resolutions and frame rates. In addition, the Linear + horizon-levelling mode is improved to cope with tilts of up to 45-degrees, compared to 27-degrees on the HERO9. Interestingly the spec sheet doesn't mention 5.3K/60. However, it may be that this setting can only use Standard HyperSmooth rather than the High or Boost settings. 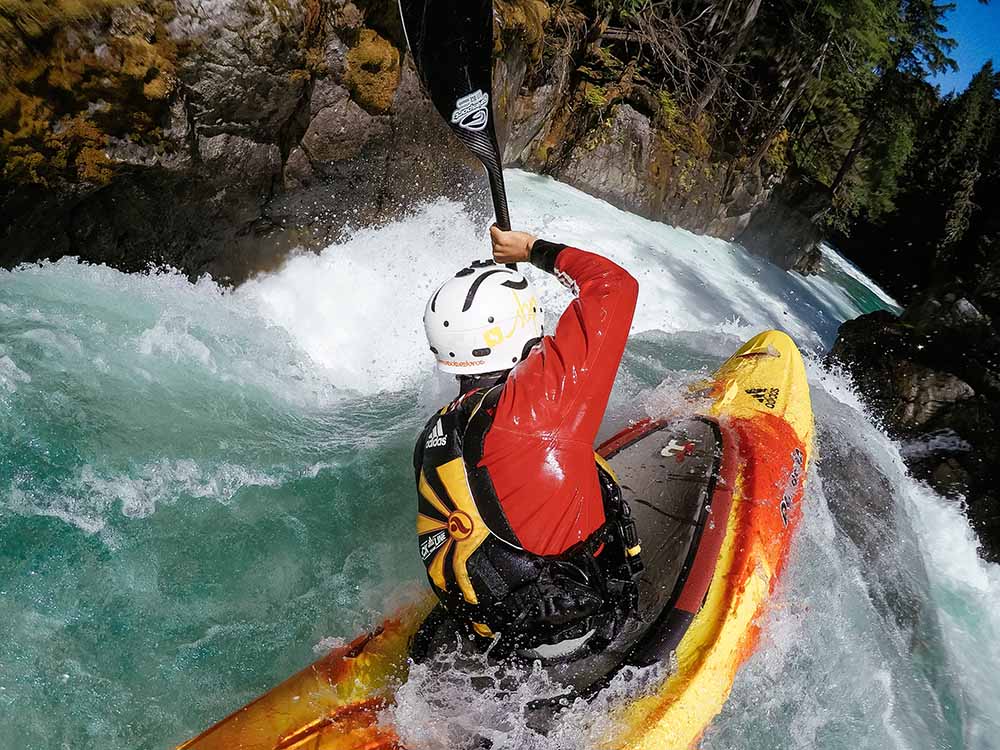 Aniol Serrasolses takes flight. up to 19MP stills can be pulled from video on the HERO10. Image: GoPro.

One of the banes of my life in watersports is water droplets on the lens, and GoPro has taken on board feedback from users and improved the lens cover. The new version has improved ghosting performance, more scratch resistance, and, importantly, a hydrophobic surface, so water should just fall off it.

The HERO10's Webcam Mode has been improved to allow 1080p streaming. In addition, live streaming can be performed using HyperSmooth 4.0.

The GP2 chip has apparently hugely increased the speeds at which the camera can wirelessly upload footage to your mobile devices. When the camera is plugged into a charging cable, it can automatically upload footage to the cloud. This is done via GoPro's subscription service, which now allows unlimited uploads. This gives peace of mind, but it also means that your GoPro footage is available easily, no matter what device you are using. Wired transfer to both Android and iOS devices is possible using a compatible cable.

The HERO10 looks almost identical to the HERO9, save for the blue coloured logo. But this belies the fact that outward appearances are deceptive. The internals have been totally redesigned to make the camera ever so slightly lighter and give it a better thermal profile.

While not gaining an edge to edge design as some had hoped, the rear screen apparently has much better touch sensitivity. Combined with a much faster interface, this should make the HERO10 much more of a pleasure to use.

I have to admit that when I had been thinking about what the HERO10 could possibly include, I didn't believe that 120fps in 4K would be a realistic expectation. Yet, GoPro has come through with the goods. I certainly wasn't expecting 5.3K at 60fps. With 240fps in the 2.7K mode, the HERO10 will be a pretty handy compact slow-mo camera.

What's heartening is that the company emphasises speed and ease of use thanks to the new GP2 processor. If camera freezes have been reduced or even eliminated, then for those who have sat on the fence regarding upgrades, this could well be the HERO you've been waiting for.

The GoPro HERO10 Black is available now and costs £379.98 with a GoPro subscription or £479.99 without. Visit GoPro's website for more information.

How does it perform? Read our HERO 10 review, as well as watch our video review counterpart.