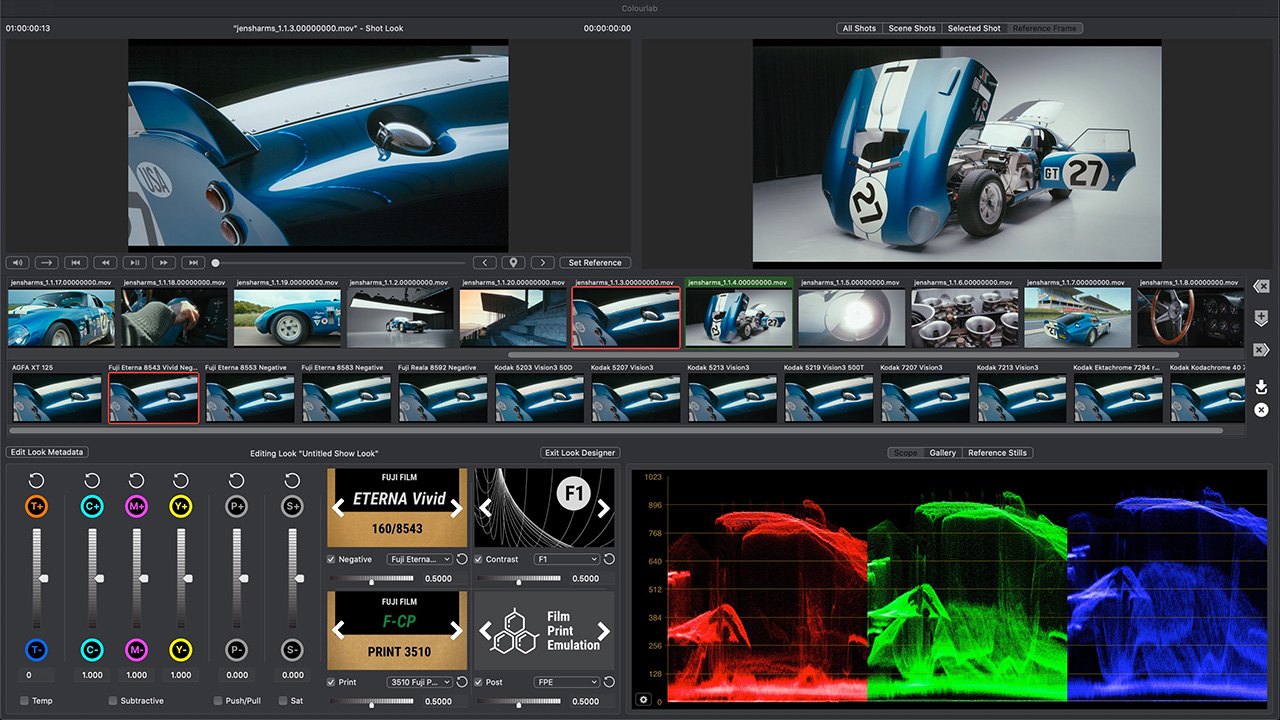 Colourlab Ai took the grading world by storm last year, with its revolutionary methods of achieving complex grades quickly and easily. Now the company is poised to release V1.1 with some significant new features.

The new features will be unveiled in full in a live stream tomorrow, 23rd Feb at 10am PST, however we can reveal a few here today.

The first enhancement is the direct integration of the Look Designer, which was previously a plugin for DaVinci Resolve. Look Designer helps users to design the look that they want, as the name implies. It does this by way of a subtractive colour process with film negative and print stock emulation, with the aim of reproducing the look and feel of film.

Frames of Interest is another new feature that shows the darkest or lightest frames within a shot as well as the most similar and dis-similar in colour to your grading reference. The uses of this are clear, giving colourists the ability to see instantly any potential issue areas with regard to the preferred look they are after.

Importantly Colourlab Ai 1.1 brings full native compatibility with Apple’s new silicon within a universal build of the app. The timing of this couldn’t be better, with new MacBook Pros rumoured to be just around the corner using even more powerful versions of the chip architecture we saw released last year. When I discussed the new chips with Colourlab’s Dado Valentic, he couldn’t say enough good things about them. He was quick to point out the advantages of how the memory works and how that makes app development much more flexible. It’ll be incredibly interesting to see how things pan out in a more professional environment as even more powerful machines are released this year.

The live Colourlab Ai launch event can be viewed here tomorrow (below), or on YouTube. To find out more and to download Colourlab Ai visit the official website.