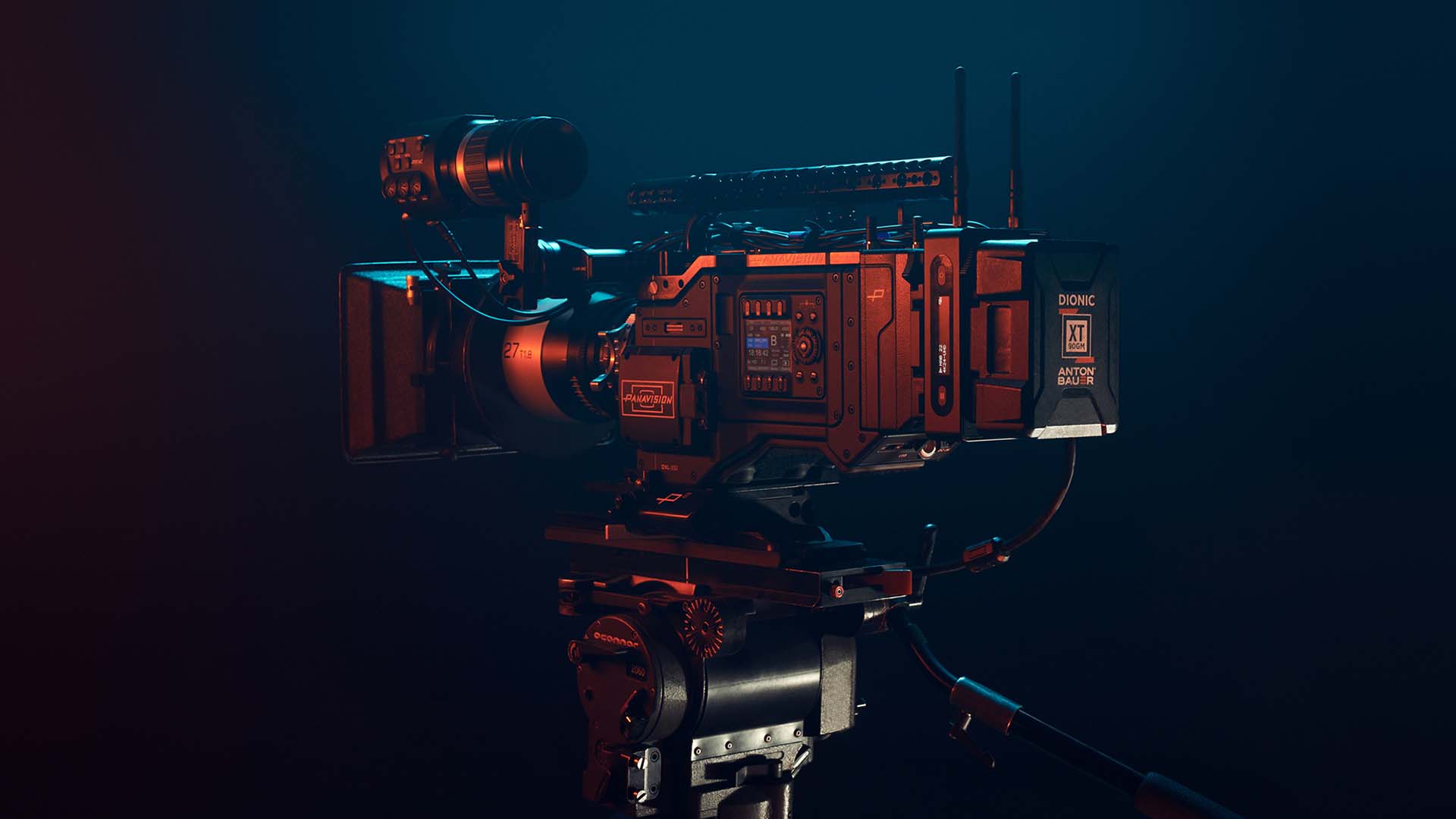 5 minute read
Frame.io will now take your video files straight from the camera into the cloud. Image: Frame.io

On the heels of Adobe’s release of Frame.io integration with Adobe PremierePro and Adobe After Effects, Frame.io has major revisions to its platform and Frame.io app. These fall into 4 areas – Identity and Content Protection, New Frame.io app, New Post Production Integration, and Camera to Cloud (C2C) for everyone.

Enterprise level customers will have the option of enabling two factor ID, with verification similar to other methods such as authentication via text or email. Assets will also be protected via a DRM key, meaning that unauthorised users cannot view that media or even take a screen shot. This is presumably only for Enterprise customers.

A true innovation is the introduction of Frame.io for AppleTV. Again, it is a feature that was described in the context of playing 4K HDR on Enterprise accounts and we still need clarification from Frame.io whether lower resolution playback will be available on Pro and Team accounts. Essentially, one would launch the AppleTV app, log in, and assets on Frame.io would be available for viewing and comment, just as on a traditional browser or mobile device app. This provides the ability to view dailies or sequences wherever other team members may be located or even for on-set viewing in a secluded area of the set for big screen analysis of shots. 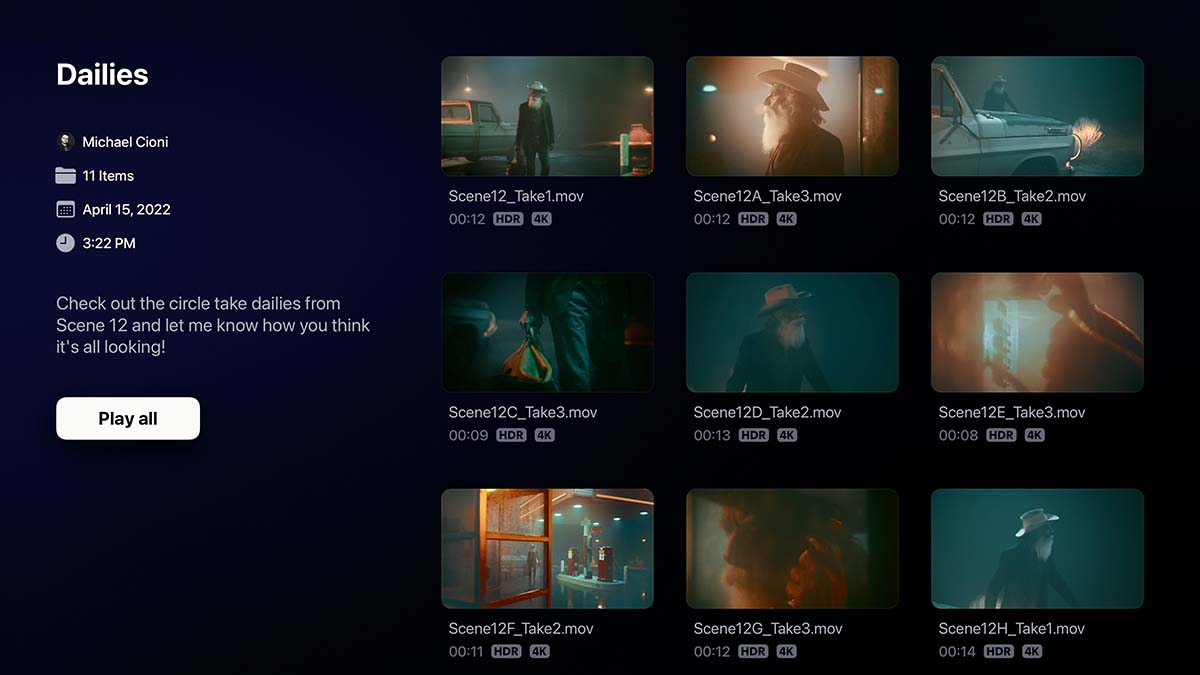 You can now review Frame.io dailies via Apple TV.

Frame.io is now integrated into Baselight. This represents a partnership with a major player in high end color grading, expanding on Frame.io’s interoperability with FCP X, PremierePro and DaVinci Resolve.

No, they didn’t have Oprah appear proclaiming “Everyone gets Camera to Cloud!” But this introduction brings new hardware and software to upload footage to Frame.io during acquisition for immediate viewing by stakeholders.

Michael Cioni, Frame.io's Global SVP of Innovation, started with a rather bold prediction that within the next 10 years we will reach a point where cameras will have no removable media. Everything will be acquired directly to cloud. Well, hyperbole can be a conversation starter at the very least. And we will need a comparable improvement in the speed and dependability of WiFi and cellular even to begin to achieve such a goal.

Nonethess, Frame.io already has a number of C2C connection partners including, but not restricted to, FilmicPro, Terake, Pomfort, Aaton and others. But three new product introductions broaden C2C integrations and start us along the path to total storage in the cloud.

This $2790 (US) device is a 4K60p HEVC/AVC encoder which also has SDI/HDMI input + a loop out. It supports 10-bit 4:2:2 video at a bitrate up to 85 mbps as well as HDR PQ. It mounts inline between camera battery plate and the battery and is available in both gold and V-mount plates. Presumably adapter plates will work. Via the SERV app it supports cellular bonding. The Serv 4K will encode directly and transmit that encoded signal as soon as the operator stops rolling footage. This will make that footage up to 4K 60p available in any Frame.io viewer from Apple.tv to mobile device to desktop to any of the NLE or color grading apps which support Frame.IO integration. In coordination with a Teradek Bolt, it can provide live remote feed. This solution allows practically immediate availability of full resolution footage to begin the review and edit process on the fly. Shipping is imminent and we should hear more at NAB about availability. 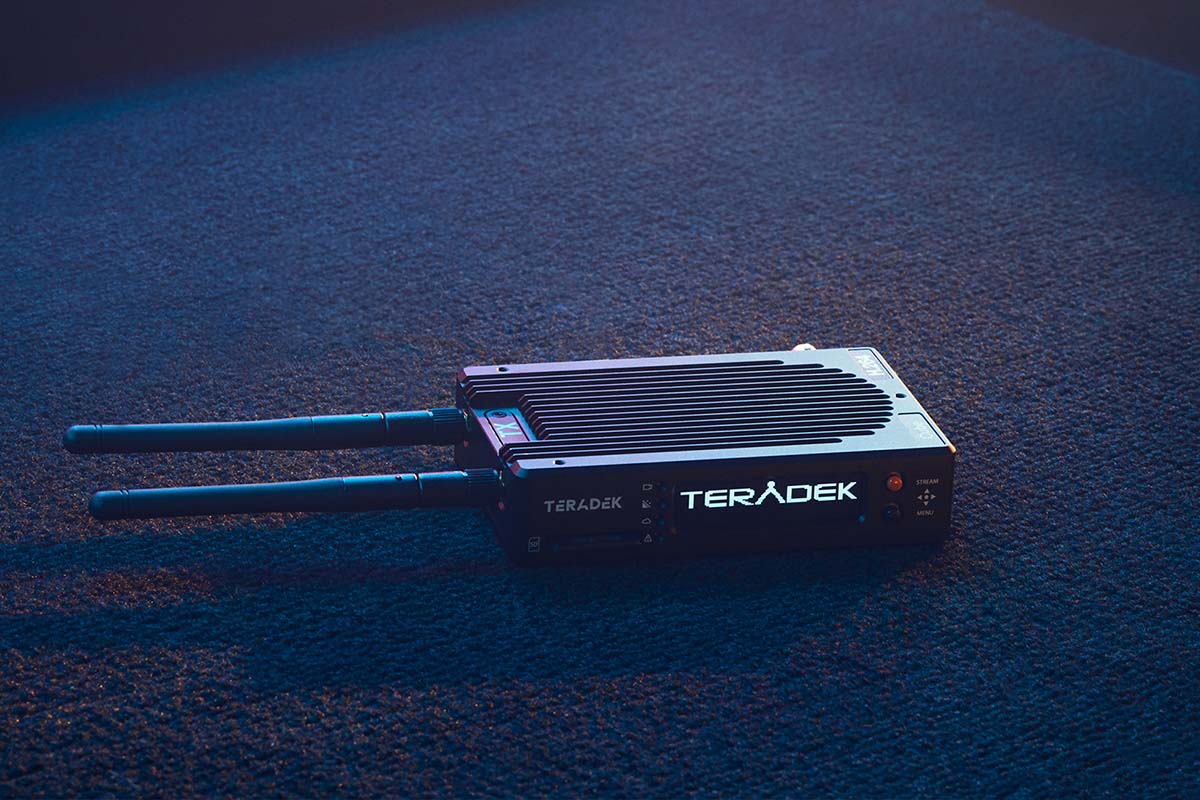 Atomos loves to partner with everyone and Frame.io now joins its partners. Atomos Connect for Ninja V and Ninja V+ is a $399 device which connects to the back of either of these monitor/recorders and is powered either by device NPF battery or external power. It accepts HDMI signals and also has a 12G SDI input, along with HDMI out. The Connect will encode proxies and connect via GigE or WiFi6 to upload proxies to Frame.io also upon stopping recording. The $1499 Shogun Connect combines the monitor-only 7” HDR Shogun monitor (which by the way has an amazing 1750 nit brightness) and the Connect but all in one device. It has the same feature set as the external connect module for Ninja. This far less expensive solution gets proxies to Frame.io for review, comment and even for proxy editing later to be relinked to camera footage since it maintains identical timecode. 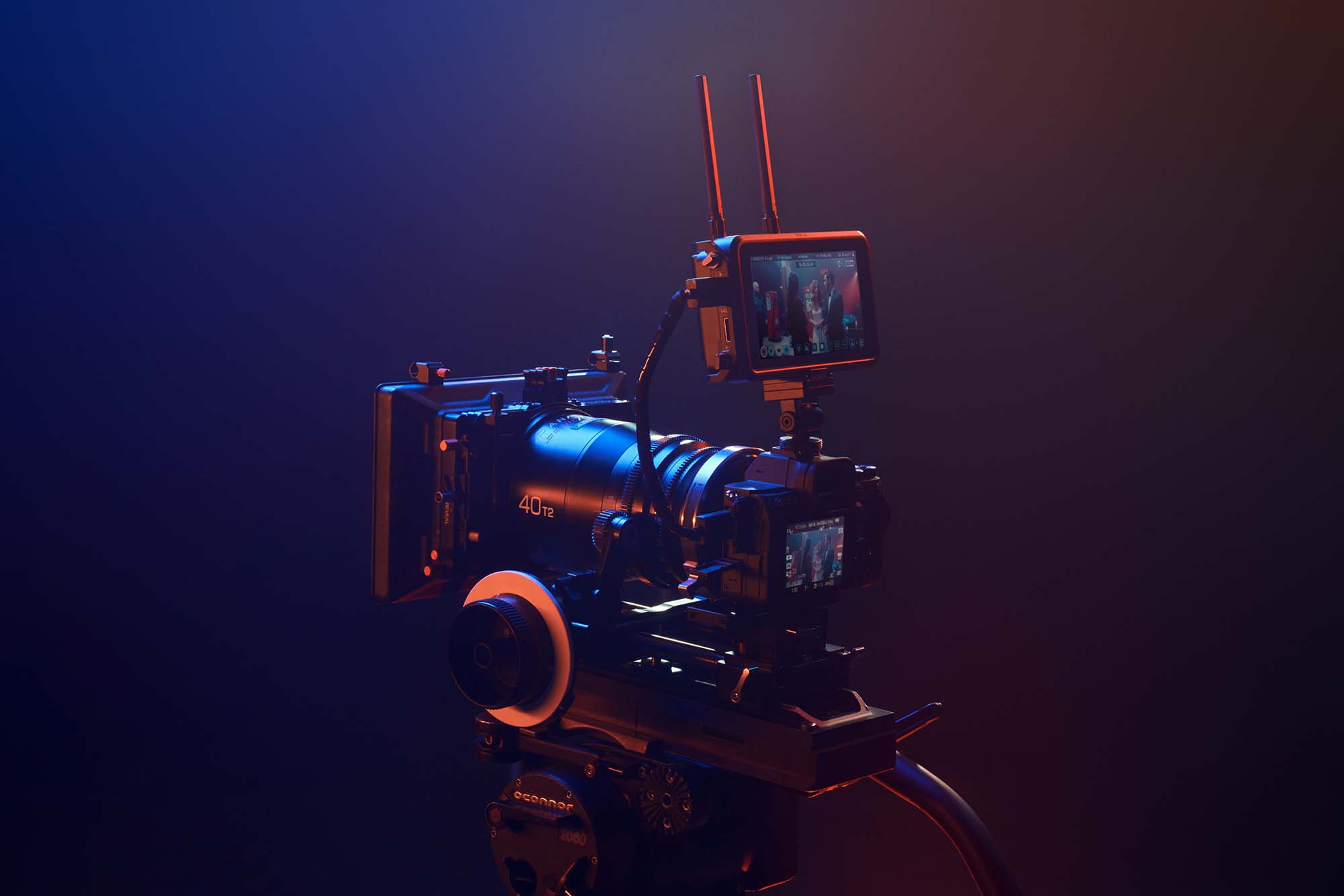 Just using the $15 Filmic Pro App with the $15 Pro Bundle upgrade, effective with the April 21 update of Filmic Pro it is now possible to pass footage directly from phone to FilmicPro to Frame.io using the phone both as acquisition device and modem. It can transmit up to 4K AVC or ProRes, HDR HLG/Rec2020 at 10 bit 4:2:2 or encode 720 or 1080 proxies. When you realize how much professional content is acquired on phones and how we are already using our phones to stream in real time or upload to a variety of sources, we are already at the point of acquisition devices with no removable media. And for fun, Frame.io showed a visual of a Panavision 27mm lens connected to an iPhone via a proprietary Panavision adapter. It will be on display at Panavision’s NAB booth. 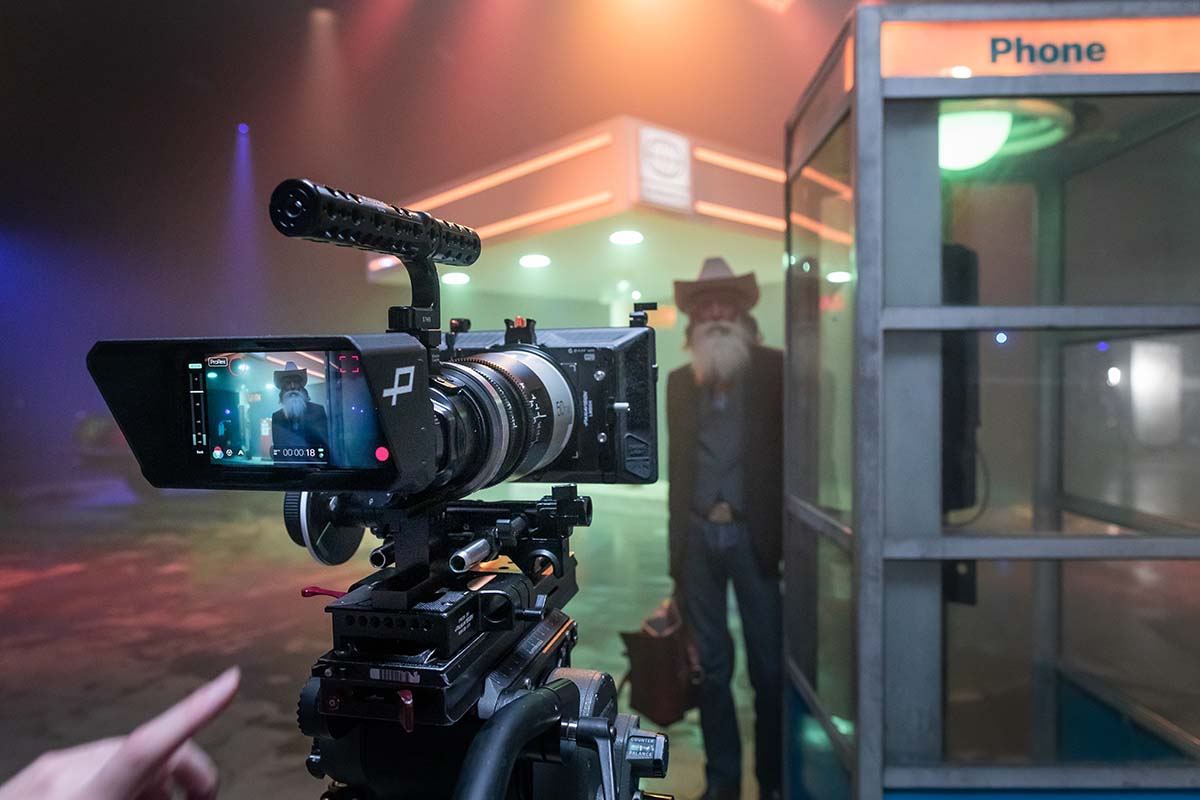 FiLMiC Pro being used on an iPhone with a Panavision lens adaptor.

Frame.io is making its SDK available for free for any manufacturer who wishes to develop C2C integration and we can only hope to see this in action cameras which already have WiFi capabilities.

Returning full circle to the original announcement and release of Frame.IO with Adobe CC, a few personal observations about setting up the integration through Adobe PremierePro.

To integrate with Frame.io in PremierePro, bring up the Review With Frame.io panel. The first time you do that, you will be prompted to enter your Adobe ID and password. Now it so happens that I had a Frame.io account using the same email address as my Adobe ID so it took me to my Frame.io free account, which I had set up ages ago as a publicity demo. There was no way to activate the 100gb free account included with my Adobe CC subscription.

A little browsing through the FAQ revealed that Frame.io tracks through email user ID so either I would have to change my Adobe ID (not practical) or Frame.io email. I changed the Frame.io email to a different email account and then could log into Frame.io from PremierePro using my Adobe ID. Now two other things to note. If you have a Frame.io account already with media, you cannot migrate your media between your paid account and the Adobe account. On the other hand, if you are already paying for Frame.io, you can use that account and would not need the free (CC included) account.

And when you establish that Adobe-based account, you will immediately get a 30 day trial of the Team level Frame.IO subscription. At the end of the 30 days, you will be given the choice of subscribing ($25 per month or $22 per month for annual subscription) or reverting to the Adobe 100gb account. And again it is noteworthy that Frame.io isn’t pulling one of those “give us your credit card and cancel later, and of course you forget to cancel and see a charge on your next statement.” You only give them the CC if you choose to upgrade. And if you do not choose to upgrade and have media in excess of the 100gb limit, Frame.io will give you a few days to download your media, so all is not lost.

Review them carefully and find the solution best suited to you and your team.