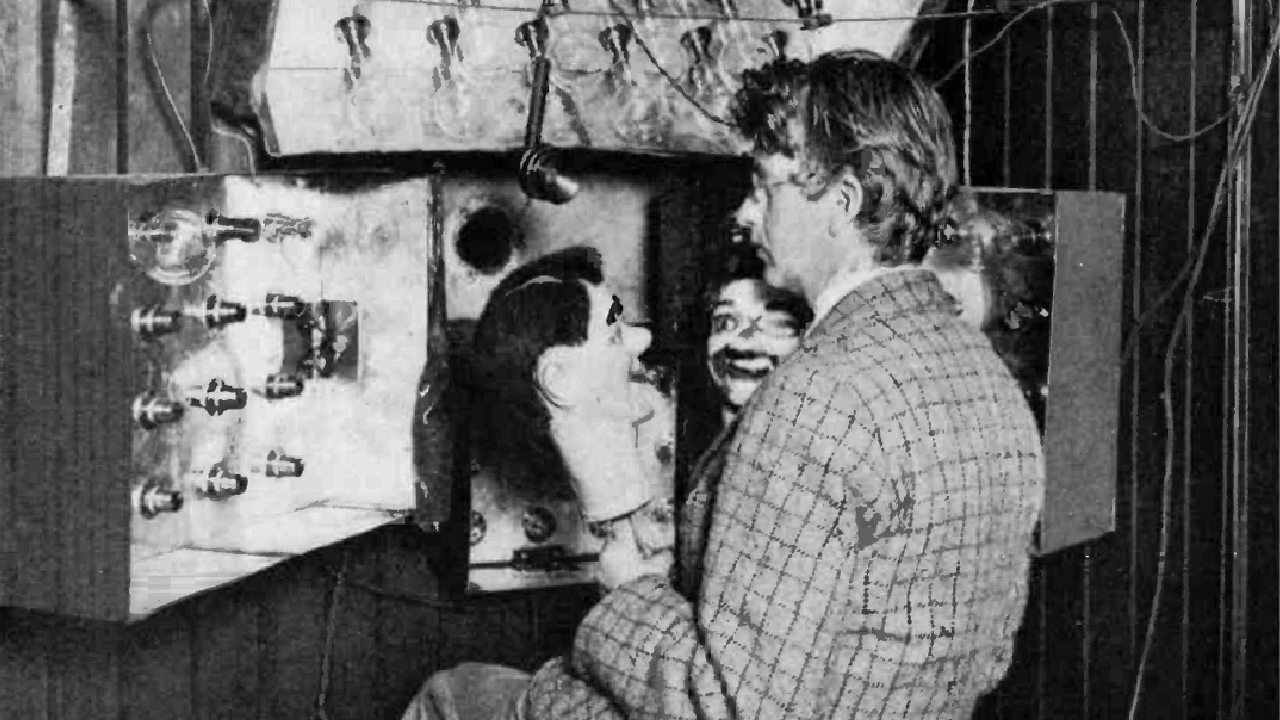 Replay: Before the cathode ray tube won the first ever video format war there was mechanical TV, and riveting programming such as man turning his head captivated early viewers. Here's how it worked.

Cathode ray tube televisions, those bulky, curve-screened devices we all used to have before the rise of LCD flat-screens, already seem like a distant memory. But did you know that they were not the first form of television, that John Logie Baird and his contemporaries first invented a mechanical TV system more akin to Victorian optical toys than the electronic screens that held sway for the greater part of the 20th century?

Mechanical television took several forms, but the most common type revolved, quite literally, around a German invention of 1884 called the Nipkow disc. This had a number of small holes around it, evenly spaced in a spiral pattern. In the Baird standard, developed by the Scottish inventor in the late 1920s, there were 30 holes corresponding to 30 lines of resolution in the resulting image, and the disc would revolve 12.5 times per second, which was the frame rate. 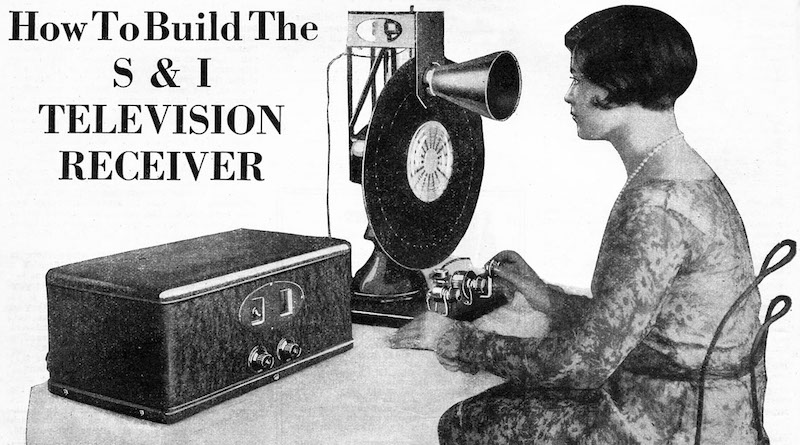 In a darkened studio, an arc light would be shone through the top portion of a spinning Nipkow disc onto the subject. The disc would create a flying spot – a spot of light that travelled horizontally across the scene (as one of the holes passed in front of the arc lamp) and then travelled horizontally across it again but now slightly lower down (as the next hole in the spiral pattern passed the lamp) and so on. For each revolution of the 30-hole disc, 30 horizontal lines of light would be scanned across the subject, one below the other.

A number of photocells would be positioned around the subject, continually converting the overall brightness of the light to a voltage. As the flying spot passed over light-coloured surfaces, more light would reflect off them and into the photocells, so a greater voltage would be produced. As the spot passed over darker objects, less light would reflect into the photocells and a smaller voltage would result. The voltage of the photocells, after amplification, would modulate a radio signal for transmission. 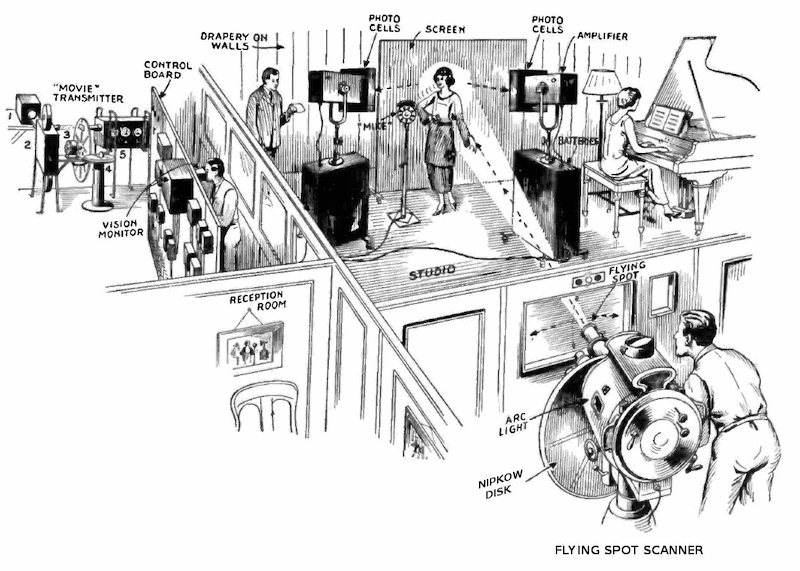 A viewer’s mechanical television set would consist of a radio receiver, a neon lamp and an upright Nipkow disc of a foot or two in diameter. The lamp – positioned behind the spinning disc – would fluctuate in brightness according to the radio signal.

The viewer would look through a rectangular mask fitted over the top portion of the disc. Each hole that passed in front of the neon lamp would draw a streak of horizontal (albeit slightly arcing) light across the frame, a streak varying in brightness along its length according to the continually varying brightness of the lamp. The next hole would draw a similar line just beneath it, and so on. Thanks to persistence of vision, all the lines would appear at once to the viewer, and it would be followed by 11.5 more sets of lines each second: a moving image.

A number of people were experimenting with this crude but magical technology at the same time, with Baird, the American Charles Francis Jenkins and the Japanese Kenjiro Takayanagi all giving historic public demonstrations in 1925.

The image quality was not great. For comparison, standard definition electronic TV has 576 lines and 25 frames per second in the UK, twice the temporal resolution and almost 20 times the spatial resolution of the Baird mechanical standard. The image was very dim, it was only an inch or two across, and it could only be viewed by a single person through a hood or shade extending from the rectangular mask. 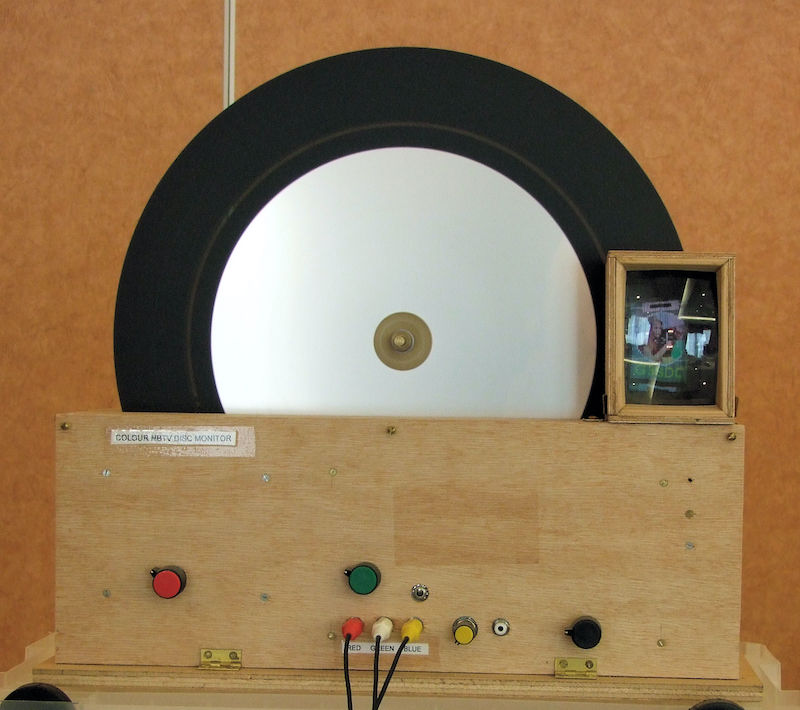 The BBC began transmitting a regular mechanical TV service in 1929, by which time several stations were up and running in the USA. An early viewer, Ohio-based Murry Mercier Jr., who like many radio enthusiasts built his own mechanical TV from a kit, described one of the programmes he watched as “about 15 minutes long, consisting of block letters, from the upper left to the lower right of the screen. This was followed by a man's head turning from left to right.” Hardly Breaking Bad.

Higher resolutions and larger images required larger Nipkow discs. A brighter image necessitated lenses in each of the disc’s holes to magnify the light. Baird once experimented with a disc of a staggering 8ft in diameter, fitted with lenses the size of bowling balls. One of the lenses came loose, unbalancing the whole disc and sending pieces flying across the workshop at lethal speeds.

Other methods of reproducing the image were developed, including the mirror screw, consisting of a stack of thin mirrors arranged like a spiral staircase, one “step” for each line of the image. The mirror screw produced much larger, brighter images than the Nipkow disc, but the writing was already on the wall for mechanical television.

By 1935, cathode ray tubes – still scanning their images line by line, but by magnetically deflecting an electron beam rather than with moving parts – had surpassed their mechanical counterparts in picture quality. The BBC shut down its mechanical service, pioneers like Baird focused their efforts on electronic imaging, and mechanical TV quietly disappeared.