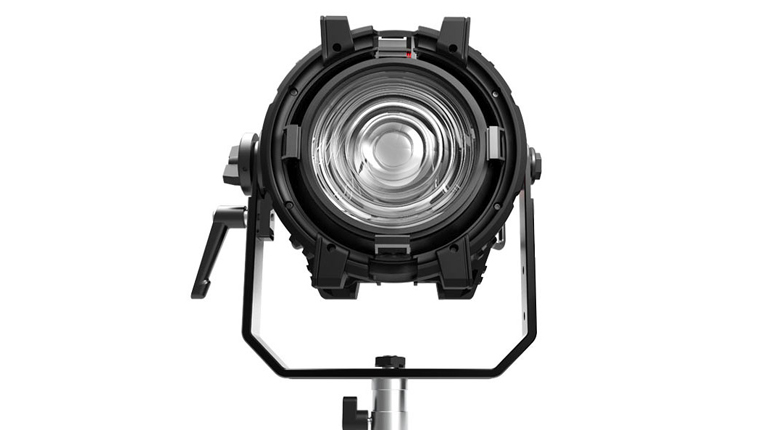 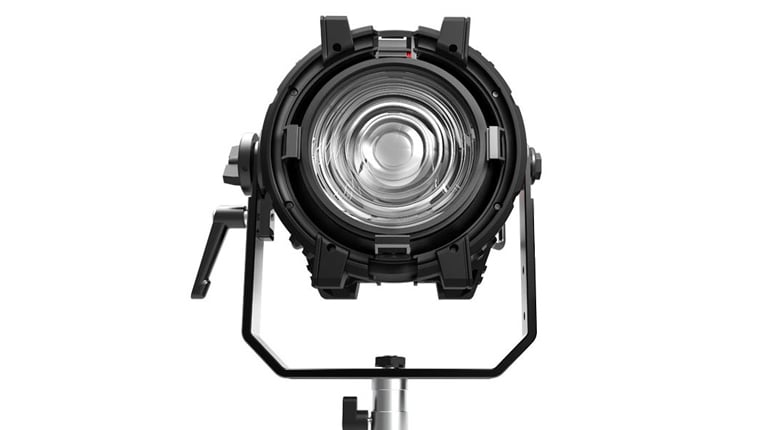 If there’s an engineering hierarchy of LED lighting, colour-mixing hard lights are at the top of it, combining all the difficulty of colour control with putting all the emitters in one place. For a long time there’s been comparatively few manufacturers making colour-mixing hard lights, especially at higher power levels, and especially with the track record of Fiilex.

The company’s announcement – likely one of many that would have happened at NAB – is the Q5, a colour-mixing LED hard light. At 185W, it sits somewhere between the smallish colour mixers that have existed to date, and things like Arri’s Orbiter at around twice the power. It’s a diminutive thing with five-inch fresnel lens and 12 to 55-degree beam angles, though the lens is removable, which potentially lends the Q5 the same sort of flexibility enjoyed by things like Orbiter and Aputure’s (so far white-only) options. Like the (much less powerful) Aputure 60-series, the joy of this sort of thing is in the selection of modifiers. 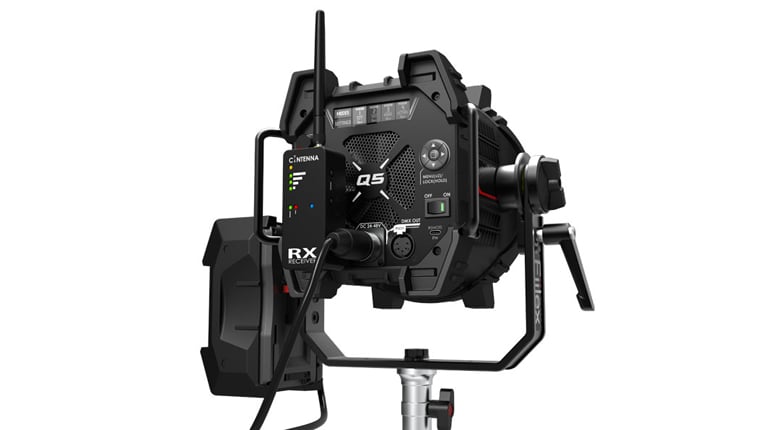 The important points are in the details of the specification.  Fiilex have clearly realised that clean beam cutting with barn doors is important, and mention it prominently. It’s a concomitant of a small emitter array, something that Fiilex gains through its corporate connections with parent company DiCon, a manufacturer of low level LED technology. Similarly, the company claims clean colour mixing, something else that comes down to putting all the LED emitters really, really close together. Some colour-mixing LEDs, particularly those descended from theatrical lighting technology, have noticeable problems with colour fringing in shadows. We’re also told about linear dimming all the way to zero. Niceties like these suggest someone at Fiilex has noted the public reaction to certain common failings of LED lights.

Fiilex has not historically been in the business of targeting the value-oriented end of the market, although it has a solid track record of shipping lights which seem engineered then priced, rather than priced then engineered. The crucial ability of a colour mixing light is to create quality white light without significant compromises in power level while still offering the colour mix, and that’s what we’ll be looking at very closely when there’s a Q5 available to review.