eVTOL taxis are coming to a sky near you 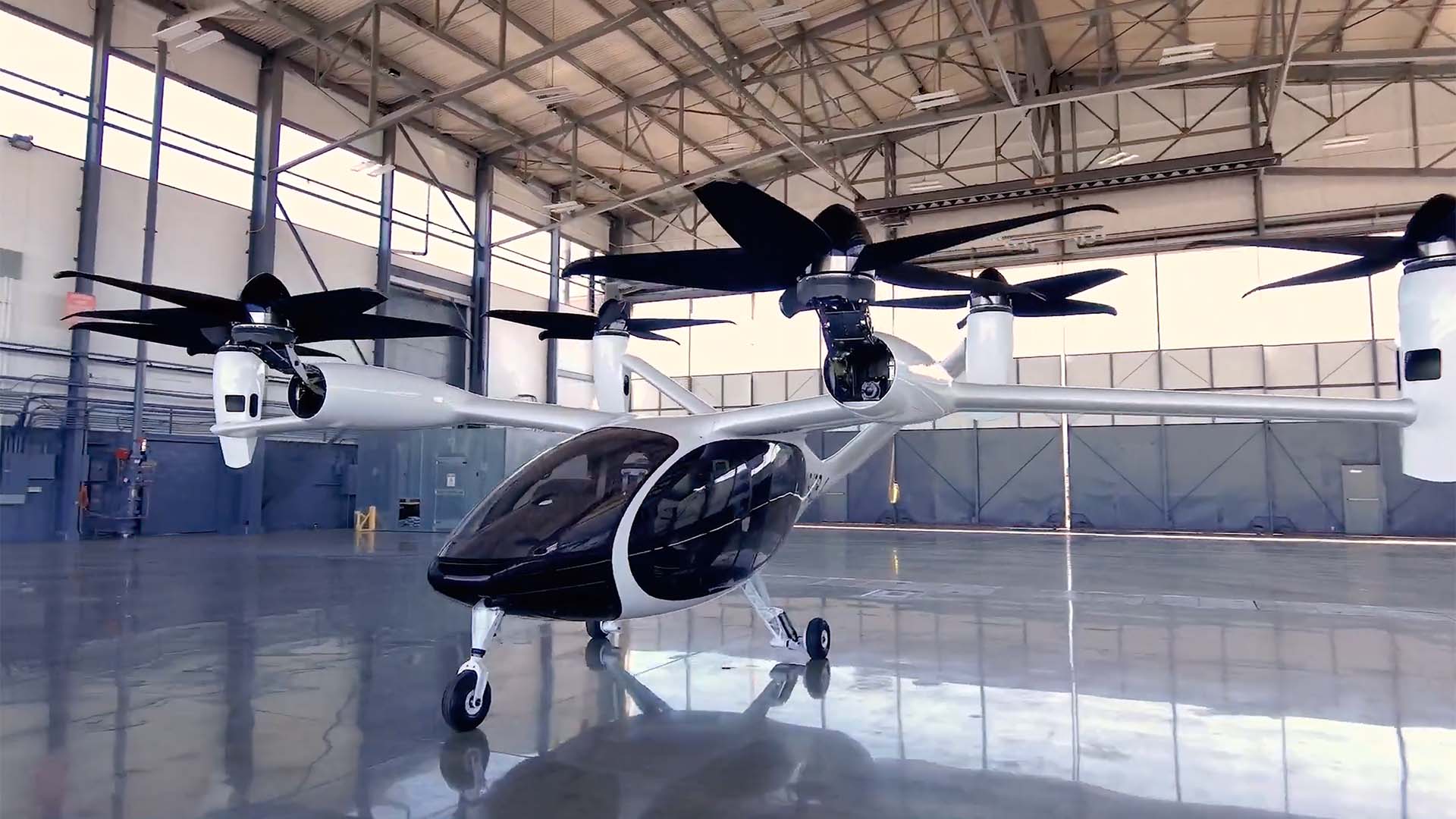 Full-size electrically powered drones are here, and the companies that are producing them are very serious about their role in the future of transportation.

Electrically-powered flying machines have made it possible for every local TV news station to show us glorious aerial shots of contested highway interchange planning applications. They've encouraged short filmmakers to flirt with illegality around tall buildings, and courier companies to propose what might end up being the world's most expensive pizza delivery. It's actually been a few years since people became crazy enough to assemble a collection of drone technology and actually climb aboard; the Jetson One, trailed recently, is a commercialisation of such.

The field is often called eVTOL, referring to electrically-powered aircraft which can take off and land vertically. The problem with commercial operation is, predictably, battery capacity and range, although companies including Archer Aviation and AutoFlight have recently begun demonstrating what are widely being described as electric air taxis. It's pretty clear that if anyone could make an electric intercontinental airliner they would, but in the absence of technology capable of doing that it's aircraft such as AutoFlight's, with its (projected) 250km range, which make headlines.

The reality of eVTOL

A little caution is probably reasonable, although the technology certainly exists and has flown. Joby Aviation has shown video of a real Archer test vehicle in flight, and Lilium's innovative layout for its new aircraft, with variable-geometry ducted fan arrays on the trailing edges, has also been seen publicly taking to the skies. Both are shown undertaking relatively benign and gentle test flights, though while AutoFlight has mainly relied on CG renders of what it hopes will happen, the company is sufficiently confident to found a European offshoot intended to pursue certification of its designs.

So, there's some hope that electrically powered hover-taxis might be able to replace all of the fossil-fuelled hover-taxis that currently exist, or, more to the point, don't exist. The nearest equivalent in modern aviation is limited by financial reality to executives whose penthouse office is directly  below the helicopter landing pad. Conversely, actual taxis usually pick people up from any building that's near a street.

The eVTOL vehicles we're discussing here could presumably land on anything a helicopter could land on, and possibly even a smaller, more enclosed landing facility given their compactness, but they're likely not going to be touching down in the parking lot of a supermarket. Crucially, there's a limit to how far it's worth travelling to get to an airport capable of handling a vehicle with a 250-kilometre range before it makes more sense just to drive to the destination, and that's before we even consider any requirements for security checks.

Whether or not that sort of organisational hurdle can be overcome is one concern. Persuading the world's leading aviation regulators that the technology is safe is another, although it's often been said that electric flight involves far fewer moving parts than most of the other options. A single quadcopter rotor might actually only have one - the outer ring of the brushless DC motor containing the magnets, to which the propeller or fan is directly attached.

Most of the designs we've seen for human-rated eVTOL vehicles aren't quite that simple, mainly because the approach of beating physics into submission with raw power, as a quadcopter does, does not create very efficient aircraft. Notice that even helicopters, which often have twin gas turbine power plants just like a small fixed-wing jet, are much slower and shorter-ranged than that otherwise equivalent fixed-wing aircraft. Much is sacrificed for the coveted ability to take off and land vertically. Electric vehicles in general are already very much incentivised to economise on energy. Making a giant multirotor with a chair on top works, as several inventive YouTube daredevils have shown, but the endurance is often single-digit minutes, and it isn't an ideal approach for commercial air transport applications.

As a result, several of the designs so far made public are to some extent variable geometry, with the ability to rotate the lifting fans from thrust-borne vertical takeoff into a more conventional wing-borne configuration in the cruise. The takeoff is power-hungry but should take less than a few tens of seconds; the cruise is then more efficient. As with so much modern technology, the huge rewards available for anyone developing better batteries will apply here in spades. We might speculate as to the usefulness of this sort of aircraft as a camera platform, although this approach means that hovering around a fixed shooting location like a helicopter might yield very poor endurance.

With modern batteries comes concern over safety, and safety in general will always be a large part of whether any application of aviation is either legally permitted or likely to break even. The simplicity we discussed brings dividends here: even on swivelling mounts, each individual motor-propeller combination represents significantly less advanced engineering than a gas turbine engine, and the parts are working under much lower stress.

Without advanced cooling techniques, modern aviation gas turbines would destroy themselves in seconds; most of the limits on their efficiency are imposed by the need not to melt the turbine blades. Brushless DC motors, while very clever and sometimes liquid-cooled, are much lower-stress devices (they're also quieter, which is a great potential benefit of electric aviation). There are more of them, and thus more things to break, though that can actually be a safety factor in itself. Even multirotors with six or more rotors can sometimes fly with one disabled.

The relatively straightforward technology of an electric aircraft also makes maintenance easier. Mistakes still have the same potential import, so it seems unlikely that the qualification of engineers and technicians will become any less stringent; the people involved might charge similar hourly rates to those they do now. With any luck, though, the relative simplicity of the technology - though people will inevitably find ways to complicate it - should mean less hours are required. The intent is  that these eVTOL vehicles will cost significantly less to buy and run than a helicopter; the proof will be in the invoice.

All of the things we've discussed here are potential problems and potential benefits, and until we can catch a flying taxi across town we won't really know what the real world benefits and drawbacks might be. Uber VTOL, anyone? Look out below.