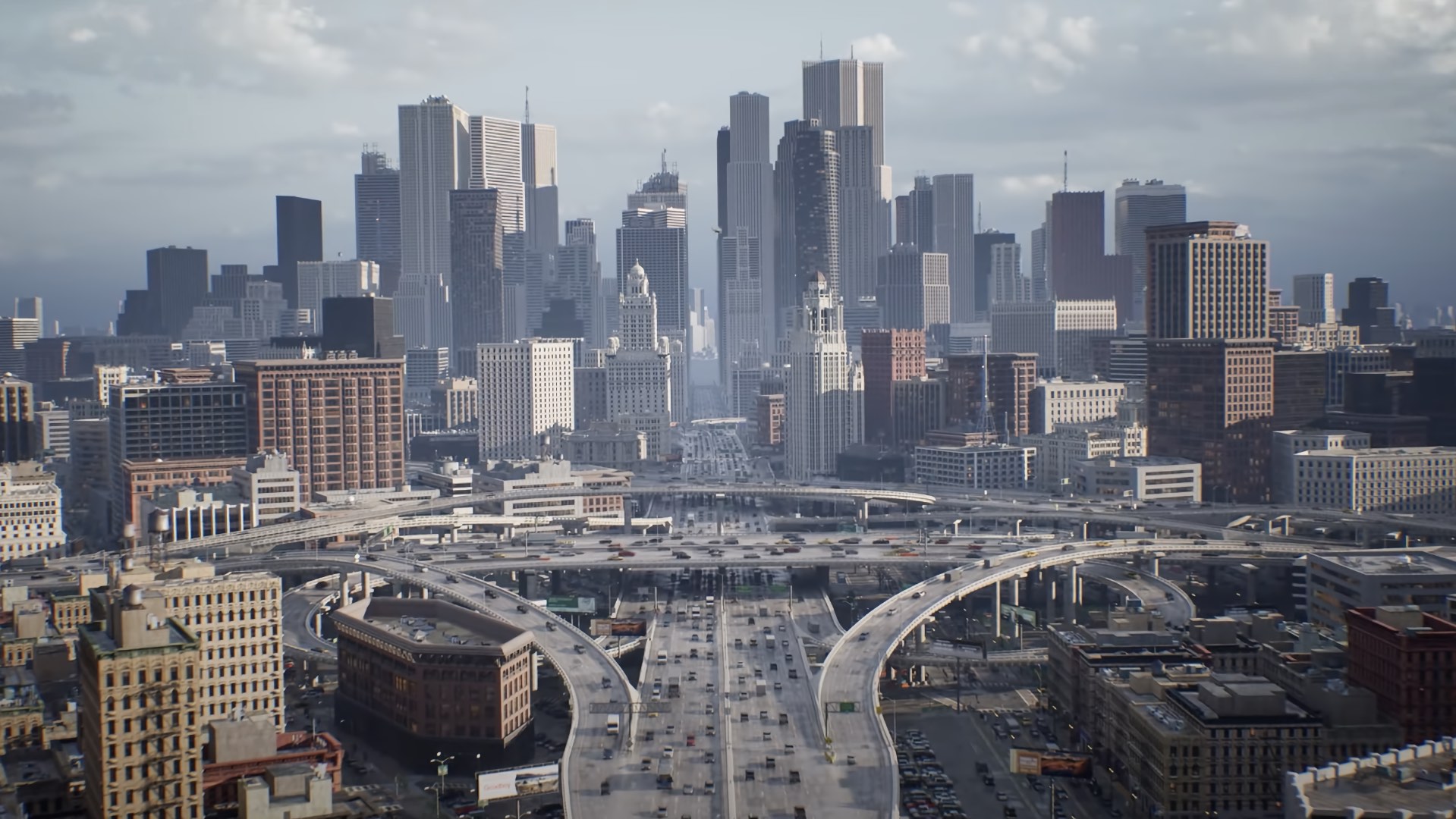 2 minute read
Pic: Epic Games. Remember, none of this is real

Close to two years after it was initially unveiled, Unreal Engine 5 is now available for download for free and CG will never be the same again.

The phrase ‘game-changing’ is happily bandied about in the industry for anything from the latest point release of editing software to a new product that no one is really sure if they want. So it’s a pleasure to come across something that genuinely — and literally — is game-changing. And not just game-changing either. Movie changing, TV changing, virtual set changing, VR changing, … the list goes on. If computer graphics touches your business at any point, then everything just got a serious makeover.

Epic Games announced Unreal Engine 5 in May 2020 and right from the get go it garnered a fair deal of excitement. It features quite a few significant improvements for developers, including a revamped UI which will be welcomed by many, and a very handy new way to partition off areas of an open world space to allow different teams to work on different areas. As game worlds get bigger — and we’re looking at you Elden Ring — these sorts of tools are going to become more and more essential.

But the real excitement for the end user lies in a suite of new technologies that have been designed to amp up photorealism to entirely new levels.

Nanite is a new virtualized micropolygon geometry system that allows users to directly import and replicate multi-million-polygon meshes while, and this is the clever bit, maintaining a real-time frame rate without any noticeable loss of fidelity. It does this by intelligently streaming and processing only the detail that can be perceived by the viewer. At the base level, if you have a fabulously detailed and intricate dragon, there’s no point wasting processing power on it if its behind a wall or several kilometres away in the virtual space. Add in a new new Virtual Shadow Map system, and you have the ability to create worlds, scenes, sets etc with massive amounts of geometric detail that can still be generated in real-time.

Then there’s Lumen. Lumen is a fully dynamic global illumination and reflections system that enables indirect lighting to adapt on the fly to changes to direct lighting or geometry. That means deft touches of lighting in a scene such as changing the sun’s angle with the time of day or opening an exterior door. With Lumen, the idea is that CG artists no longer have to author lightmap UVs, wait for lightmaps to bake, or place reflection captures. Instead they move onto a WYSIWYG footing: what you see happening inside the Unreal Editor is what you will get in the end product.

There’s lots of other stuff in there too, but the tl;dr is more realism and in real-time. And, as ever with Unreal, the standard license is free for creating linear content such as films, and for custom and internal projects. It’s also free in many cases for game development—a 5% royalty only kicks in if and when a title earns over $1 million USD. The upshot is that pretty much anyone can hop over to the Epic Games website and download the software and start messing around. Epic even gives you a couple of files to play with: The Lyra Starter Game is a sample multiplayer shooter gameplay project built inside the Engine which works as both jumping off point and hands-on learning resource; and the cityscape from the Matrix Awakens tech demo that was released last year is also freely available, complete with buildings, vehicles, and crowds of MetaHuman characters.

We’re going to see some cool stuff as a result. Driven by both its capabilities and a sympathetic licensing structure, Unreal has inveigled its way into many areas of the business. And with the new tools promising better photorealism and better performance, even on comparatively low end platforms, we’re going to start seeing plenty of digital assets starting to move porously across media boundaries.

High-end CG is no longer high-end CG, it’s just CG now - and that opens up a serious amount of creative possibilities for a lot of people.