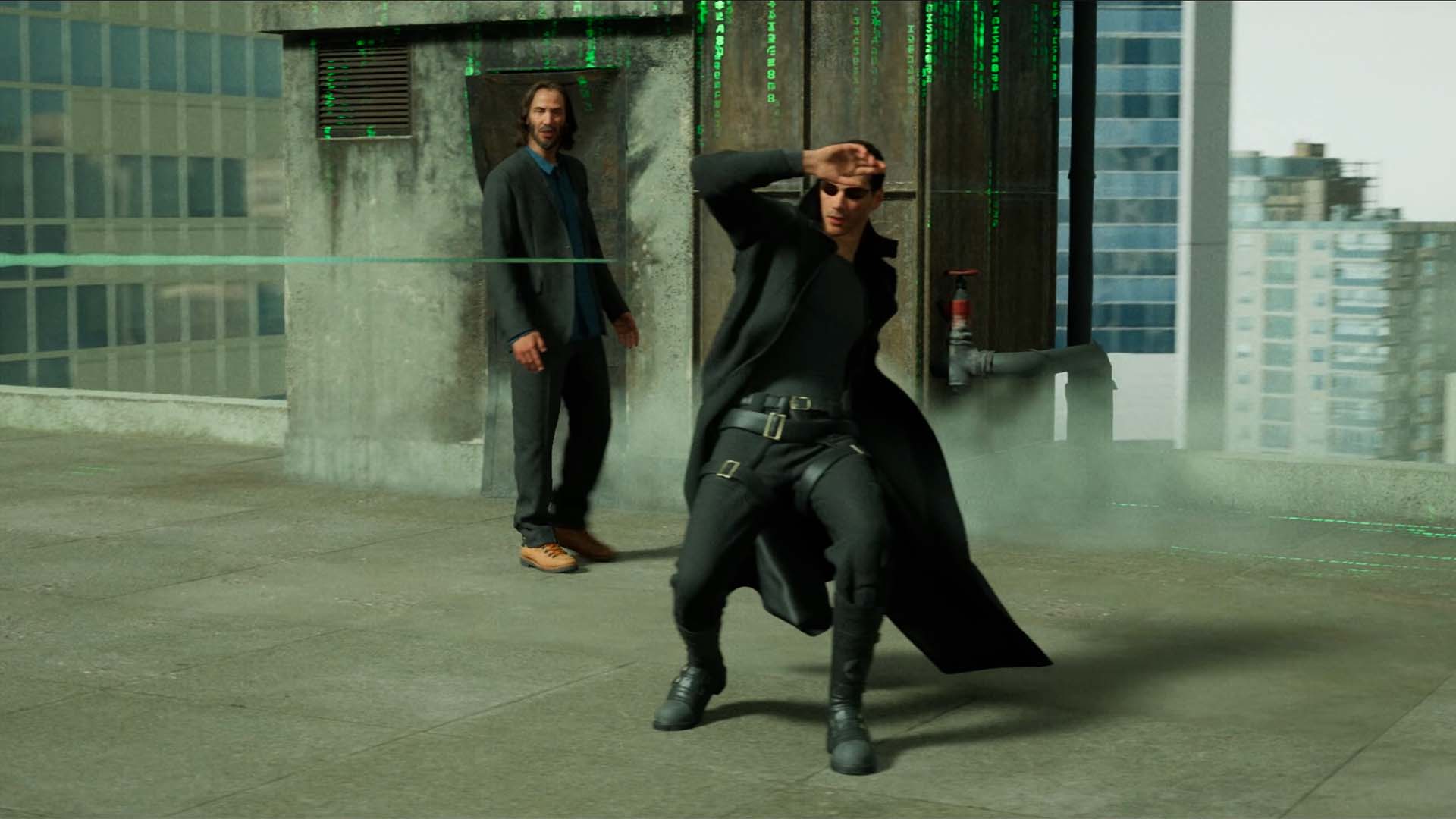 Unreal Engine 5 has looked impressive from the very start, but this new interactive  Matrix Awakens tech demo, which ties in with The Matrix Resurrections, is the most impressive demo we've seen yet.

Ah, the good old days. I remember when the biggest discussion in gaming was how many sprites a system could handle. Consoles like the Neo Geo, or the systems that ran arcade machines for games such as Terminator 2: Judgement Day were drooled over by us nerds because of things such as parallax scrolling layers and sprite size. For us, back then, these were the cutting edge until Sega and Namco began to really make our eyes pop with 3D titles like Virtual Fighter, Daytona, and Ridge Racer amongst many others.

These latter games were a turning point. Once the Playstation came into being and Ridge Racer was ported over in one of the very first fully accurate arcade ports, there was no going back. Fast forward to now, and with the release of the Matrix Awakens Unreal Engine 5 tech demo, we can truly see how far we've come.

This looks like a clip from the first Matrix film, but it is in fact a realtime recreation within Unreal Engine 5.

Unsurprisingly, Matrix Awakens has been created to launch off the back of the upcoming Matrix Resurrections sequel, and it stars both Keanu Reeves and Carrie-Anne Moss as their real selves, and as their Unreal Engine 5 younger counterparts. The result is a free experience that can be downloaded for lucky Playstation 5 or Xbox Series X owners, or watched in awe by those who only have a laptop with YouTube.

So, what's so impressive about it? Well, the list is a long one, but let's begin with the photorealism. The word 'photorealistic' is one that has been bandied about for as long as I can remember, but it was usually always a fudge. In this demo there is effectively, for all intents and purposes, a virtual, living, breathing city, seemingly modelled down to the last detail, that stretches into the distance as far as the eye can see.

From the opening intro, which features the real Keanu Reeves and Carrie-Anne Moss, we are taken on a journey that merges the real with the virtual. If ever there was a demo of how we might find ourselves inhabiting the metaverse, this could be it. Whilst there are moments where the uncanny valley falls down, there are also many where the younger CGI versions of the actors are indistinguishable from reality.

That's a virtual city generated in realtime, and you can visit any part of it!

The Matrix Awakens brings together many elements into one. By merging ultra-realistic 3D modelling, ultra-realistic lighting, real time physics, and AI, the creators have shown us where the future of games is heading, as well as some utterly intriguing possibilities for film production.

Recently RedShark's previous Editor in Chief, David Shapton, and I were discussing whether it would be possible for a script to be input into a computer and have it spit out a finished feature film. With demos like this it is easy to see how that might be possible much sooner than you think!

It used to be that graphics like that shown here had to be rendered out in a process that could take days, or in some cases weeks. I'm sure that there's some trickery going on under the hood that we can't see in the Matrix Awakens, as well as visual jiggery pokery. In fact in some instances where a city street scene is shown towards the end, cars round a street corner, and as they drive away from the virtual camera I noticed that the reflections in their rear windows suddenly 'switched off'. This could just be a glitch (in the Matrix) or it could be one of many subtle methods to help the processing along.

The virtual, and realtime generated younger versions of Keanu Reeves and Carrie-Anne Moss in The Matrix Awakens.

Aside from this, there are times when you'd think you were watching film of a real city, not a CGI one, let alone one that is being generated in realtime. The Unreal Engine team had this to say about its creation on their blog, "Despite the city’s complexity, a relatively small core team was able to create the experience thanks to a set of procedural tools including SideFX’s Houdini. Procedural rules define how the world is generated: from the size of the roads and the height of the buildings, all the way down to the amount of debris on the sidewalks.

"Using this workflow, you can modify the input rules and the whole city will change, redefined by those new instructions. For small teams looking to build open worlds, that is incredibly powerful. It means you can regenerate the entire city, right up until the last day of delivery, and continue to adjust and improve it. This opens up so many creative possibilities—and proves that any team can make a triple-A-game-quality open world in UE5, irrespective of size."

The demo doesn't take itself too seriously, either, with multiple references to marketing teams, a nod to the world of franchising the s**t out of everything, so it's a fun ride.

Watch the demo below, or to find out more visit the Unreal Engine 5 blog.