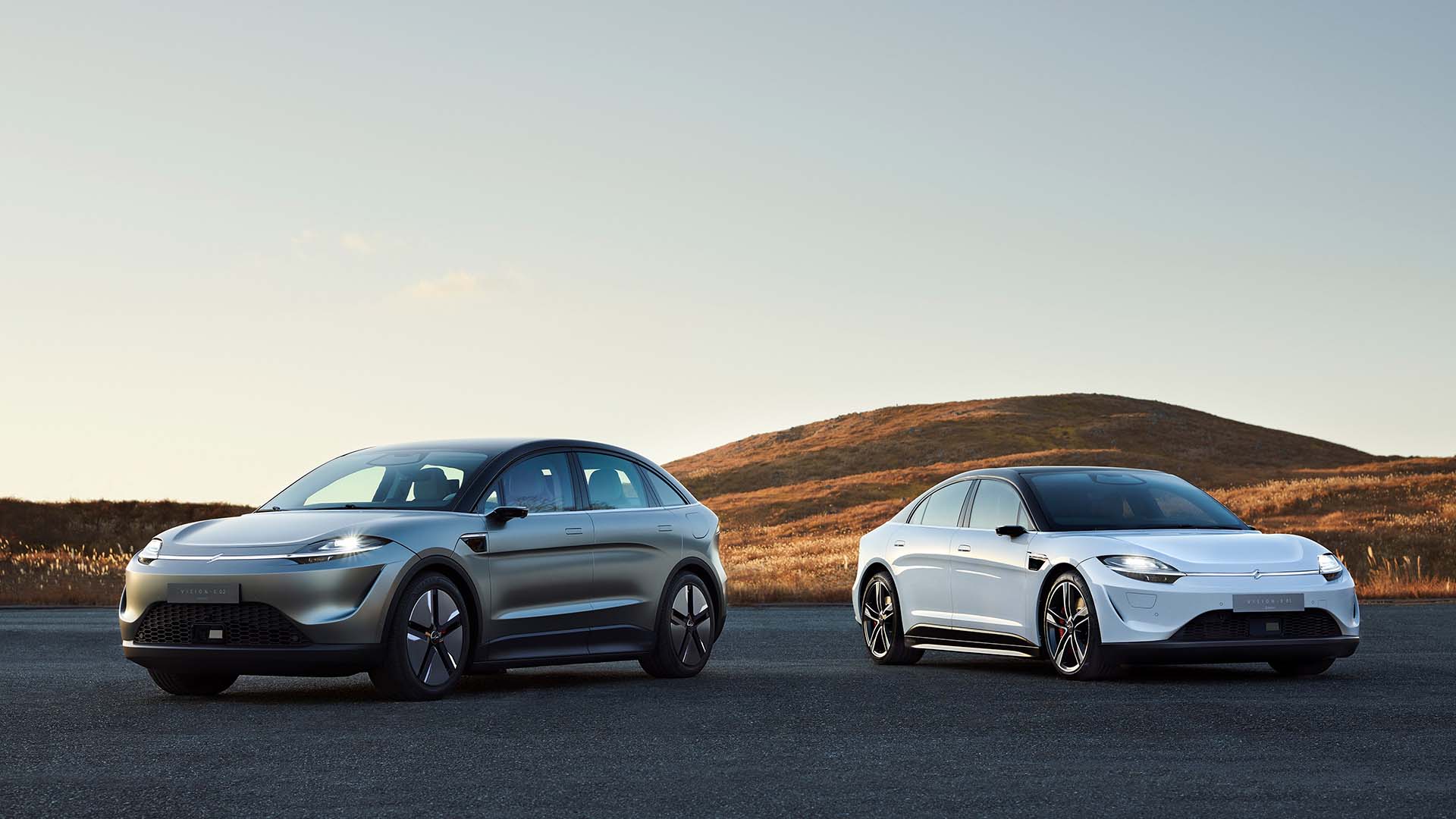 For most of the history of motor vehicles, in-car electronics has lagged behind the rest of the consumer industry. Now, that's changing, and, perhaps, electronics companies might have an advantage.

Cars are essentially a done deal now. You could get into a car made 60 years ago and drive it competently after 5 mins of acclimatisation. Cars have improved a lot since then, but we've probably reached a plateau in mechanical car development in that, like for like, there's no single manufacturer that's doing things radically differently from any other one.

At home, we have a 14-year-old low milage SAAB that drives almost as well as our 1-year-old Volvo. These are modern-era cars, and in terms of basic driving ability, there isn't much between them. But it's a different story with electronics, where the rate of progress matches the overall arc of exponentiality in technology.

So how can we still drive cars made before we were born, yet the very latest designs can practically drive themselves without human intervention?

The layers of design

Like lots of modern technology, car electronics is designed around some essential layers, and as we've just seen, the mechanical layer is very highly developed. So we pretty much know how to make a car work and do so safely and reliably. Changing the means of propulsion alters this quite a bit, but the fundamentals - four wheels, brakes and a chassis, are still there, albeit optimised around electric motors and a pretty substantial battery.

On top of this, there's a rapidly evolving stack of complementary technologies that lead all the way to fully autonomous cars. If this is the ultimate goal, then the journey towards it is pretty fascinating, too.

Before we get into that, let's look at the fundamentals that any company would need to manufacture a modern car. There's no need to get too fine-grained about this. My list would be:

Of course, knowledge should be part of this, but let's assume that any new company will hire people with the right skills.

Elon Musk is often right, and I wouldn't want to argue with his insight that you have to master manufacturing to be successful. It's far from obvious, and as Tesla has proved itself, get it wrong, and you're in "manufacturing hell". But they seem to be getting it right now.

So how can an electronics company aspiring to enter the motor industry set up a manufacturing operation without a massive - and probably prohibitive - investment? The answer is that they don't need to. They can outsource like Apple does with its iPhones. Just ask Hyundai, Kia or some other company that's already building cars. We've already seen that car engineering is essentially a done deal. There is, literally, no need to re-invent the wheel.

Sony's Vision-S car is a prototype, so there's no need for it to be manufactured in bulk yet, leaving Sony to choose other specialist companies as partners while the car is being developed. (Wikipedia lists these as Magna International, Continental AG, Elektrobit, Benteler, and Bosch)

As cars journey towards autonomy and electric power trains, the role of electronics increases dramatically. Drivers are already accustomed to multiple screens replacing the traditional dials and SatNav and deeply functional entertainment systems in their cars.

Sony, of course, understands all of this and has some highly relevant strengths too.

Its semiconductor division makes arguably the best sensors in the business. This is an essential technology for modern cars, increasingly relying on image processing and object recognition for self-driving and assisted driving applications. Sony also has a mobile phone division, expertise that will help vehicles in the future to communicate large amounts of data with very low latency.

At the top of the stack is design: industrial and aesthetic design. No one is interested in buying a car - however brilliant - unless it looks good. Sony has a distinct advantage here because I can't think of a single product in Sony's entire history that hasn't looked, well, almost perfect. The Japanese electronics company is not in the business of releasing products that don't look the part.

Designing a car is an extraordinarily ambitious undertaking. Everything has to work together. All the physical, mechanical, electrical and software layers have to support each other. The sum of the parts doesn't just have to "work" but add up to a pleasant, safe, exciting and even inspiring user experience. On top of all of this, the car has to be on or ahead of the current technology curve. It's a big ask, but, at the risk of this sounding like a Eulogy to Sony, I can't think of a company that I'm more excited to see as a car designer. Except for Apple, perhaps. Either way, with these consumer giants and Tesla in the race, we might be witnessing the start of an era of exponential change in the motor industry.