Replay: Apple announced in may 2021 that all of Apple Music’s catalogue will be available as uncompressed audio. Hooray! But what does it actually mean?

Uncompressed means better, right? Yes it does. At its most basic, if you have access to uncompressed audio, then you should be listening to the exact sound that was mastered in a recording studio. Digit for digit, it should be the same. So what could possibly be ambiguous about Apple’s announcement? I’ll explain.

The CD first went on sale in 1982, an incredible 39 years ago. That’s at least ten years before the (consumer) internet and one year after the first IBM PC. It was the same year as the Falklands war which also saw the start of the UK’s eponymous 4th TV channel.

In that context, the CD seems pretty advanced. It was planned as a digital replacement for vinyl records, and until the likes of Spotify took over, it was the dominant music format. And as we all know, vinyl, a definitively analogue format, is enjoying something of a resurgence.

Curiously, what Apple is now marketing as the pinnacle of audio formats - uncompressed - is exactly the same quality as the humble and now rather old CD delivers. So why is a 39 year old format being hailed as an improvement? And is it actually an improvement?

I’m not going to address the “vinyl vs digital” argument here. That’s another thread entirely. But let’s look at other digital formats, and see how they compare with the CD for quality.

When the internet arrived, bandwidth was a very scarce commodity. Before “broadband” - which wasn’t very broad at all when it first came onto the scene - there was dial up. If you were lucky, you could get a steady 56Kbit/s connection. Listening to audio streams over such a glacial bitrate was almost like shortwave radio - you’d get all kinds of distortion and strange sounds as the compression tried to squeeze anything meaningful at all into such a small pipe. But it was better than nothing. 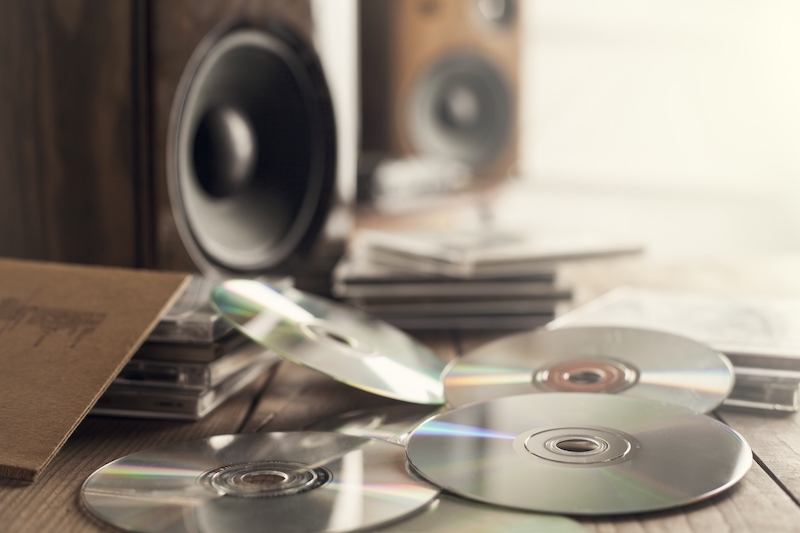 The humble CD, 39 years old and offering quality that we're, err, going back to. Image: Shutterstock.

As bandwidth improved over the decades it brought streaming services like Spotify and, latterly, Apple Music. When you reflect that most of us still get our broadband over a copper telephone wire, it is almost miraculous that you can get near CD quality stereo audio over such archaic infrastructure.

Notice that I said “near” CD quality. That’s because while it can sound very good, it is compressed. Much of the original data has been thrown away using psychoacoustic algorithms to preserve the audible and perceptible essence of the original track.

Today, even slow-ish broadband can stream uncompressed CD quality audio at 1.4 Mbit/s. Compare that with 4K video that needs 20Mbit/s or 8K that needs 80Mbit//s or more, and you can see why it’s not exactly a stretch to technically deliver CD audio over broadband.

Until recently I would think the bigger challenge was the cost of storage for the streaming service provider and the bandwidth. If everyone suddenly switched to uncompressed streaming then either then or their provider, or both, are going to have to pay extra.

So that’s the basics. I’m going to talk about higher quality formats (higher sample rate, greater bit depth etc) later, but first we need to talk about whether you can actually hear a difference between compressed formats and CD quality.

Can you hear a difference in quality?

As a bit of an audiophile, my response to that question should instinctively be “yes, of course”. But that depends on a lot of things.

The most overlooked of which is that you need a good listening environment. That means a room that isn’t overly reflective, and which doesn’t emphasise certain frequencies. Most living rooms are OK for this as long as they have curtains and carpets. The modern trend for wooden floors and bare walls isn’t great for audio despite so many HiFI adverts suggesting it is by depicting an audiophile sitting in their loft apartment with - bare walls, floor to ceiling windows and hard, wooden floors.

You quite obviously have to have good equipment: a quality amplifier and capable loudspeakers. I’d even suggest you buy some decent speaker cable (you can spend what you like - but at least make sure the cables are thick and able to carry a decent current) and some spiked loudspeaker stands to put them in touch with the hard floor underneath. I’ve tested these setups quite a bit and these touches really do make a difference. suitable cable and stands can make cheaper loudspeakers sound a lot better.

And then - because this is digital audio - you need a good Digital to Analogue Converter (DAC). I’d argue that this is the most critical point in the signal path. And here’s the thing: you don’t find really good DACs in consumer equipment. Good conversion costs more and there’s little incentive for manufacturers to spend that money on converters that are never going to be asked to perform in ideal conditions.

I would suggest that you need to spend at least £400 to £1,000 on a good DAC. You really will hear the difference. And you will suddenly realise that CD quality is actually very good. It’s just that you’ve never heard it before in ideal conditions.

You’re probably now beginning to see the difficulty with Apple’s uncompressed format. Quite simply, you’ll only hear the difference if you get all the stuff we’ve just been talking about absolutely right.

What about headphones? Well Apple phones don’t have headphone sockets any more. They use Bluetooth. And the only way you can send audio over Bluetooth is to compress it. That’s right: you can’t even listen to Apple Music uncompressed tracks on Apple's most expensive headphones, the AirPods Max (£549). With conventional streaming (of compressed audio) it will be compressed twice by the time you’ve heard it: once into the streaming service’s house format and again for moving over Bluetooth. I’ve heard vague rumors that Apple is working on a fix that would make their headphones work with uncompressed audio, but I’ll be intrigued, because there’s no obvious way. 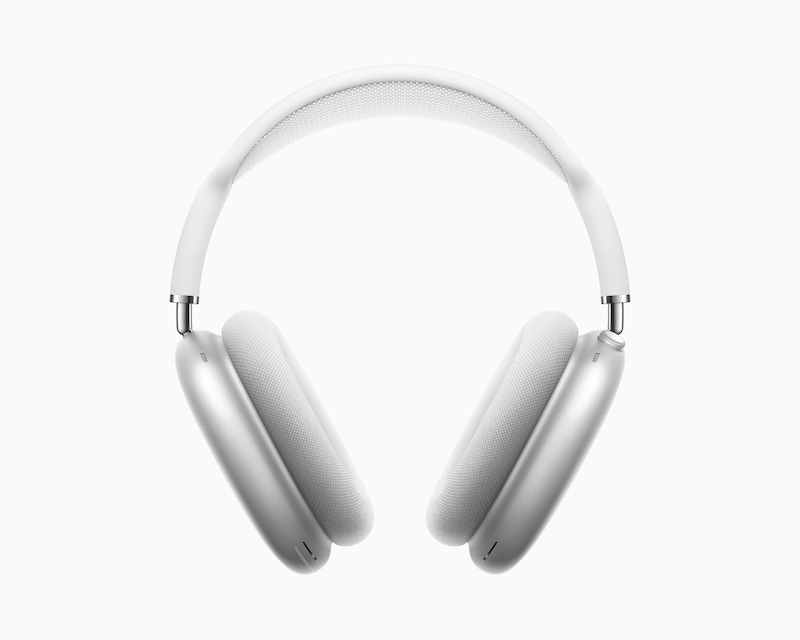 What about Homepod? I don’t think that’s going to work either, not least because these surprisingly capable small speakers use digital signal processing (DSP) to optimise the sound. That might be a good thing, and if it can get around the always-present issue of how you get a big sound from a small speaker, then it certainly is. But the moment you start digitally processing the sound, then you have changed it, so you’re not listening to the original. 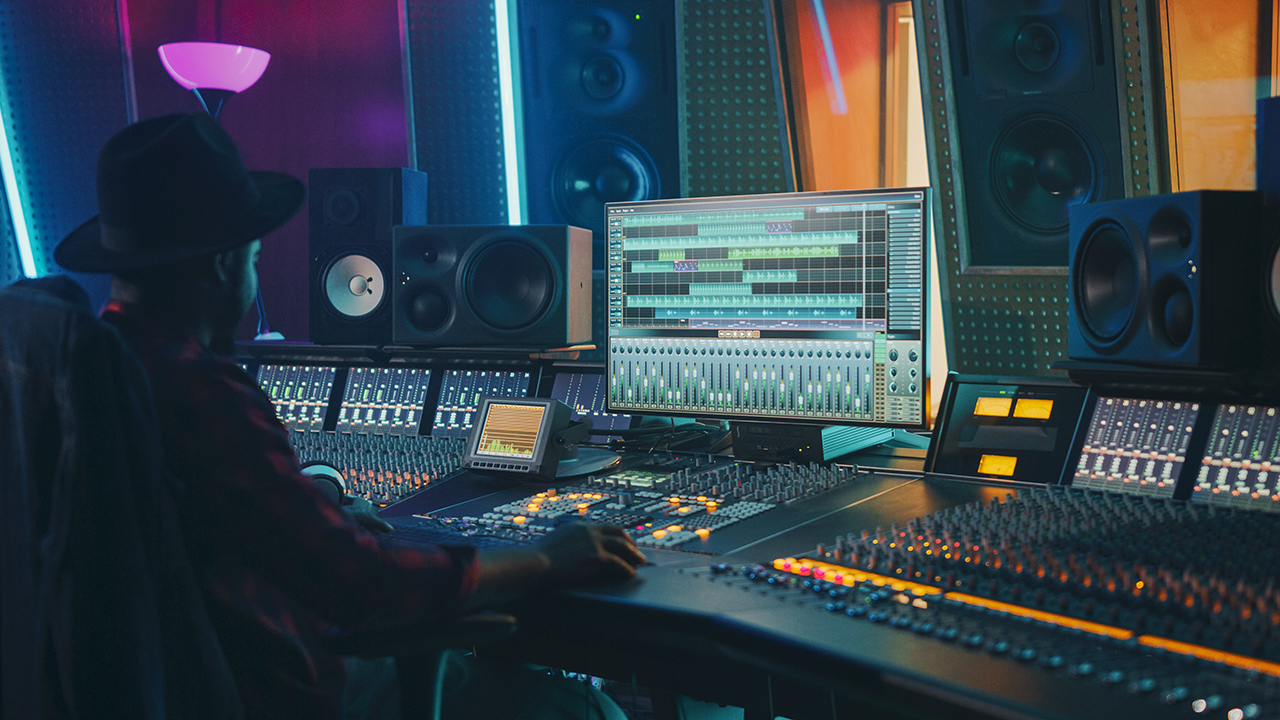 Apple's new quality offering's for music download should theoretically give you mastering quality, but can you really hear the difference? Image: Shutterstock.

Part of Apple’s offering is even higher quality audio with higher sample rates and 24-bits instead of 16-bits. All things being equal, higher sample rates are good. But, again, you’d need extremely good equipment to hear the difference, and with all respect to Apple’s gear, I don’t believe that anything they make will be able to demonstrate the advantage of high sample rates, nor necessarily 24-bit recordings.

So while I’m genuinely joyful that Apple has made this move - and having once been a subscriber to Tidal, solely for its uncompressed audio streaming - I think this is a good and useful addition to their service.

But for the vast majority of potential users who think they’re going to get a noticeable improvement in sound I think it will be a disappointment. I wonder if Apple is going to build a new generation of audio devices that really can show off high resolution audio? I’m not going to guess.

Meanwhile, I just wanted to say that the quality of compressed audio from Spotify and Apple music etc is really quite good. Don’t dismiss it if it’s not uncompressed. Most of the time, we won’t notice the difference. Maybe we should treat listening to uncompressed audio as a special occasion; something you plan for, carefully set up, clear away all the distractions and finally bask in the undiluted enjoyment of top quality sound.