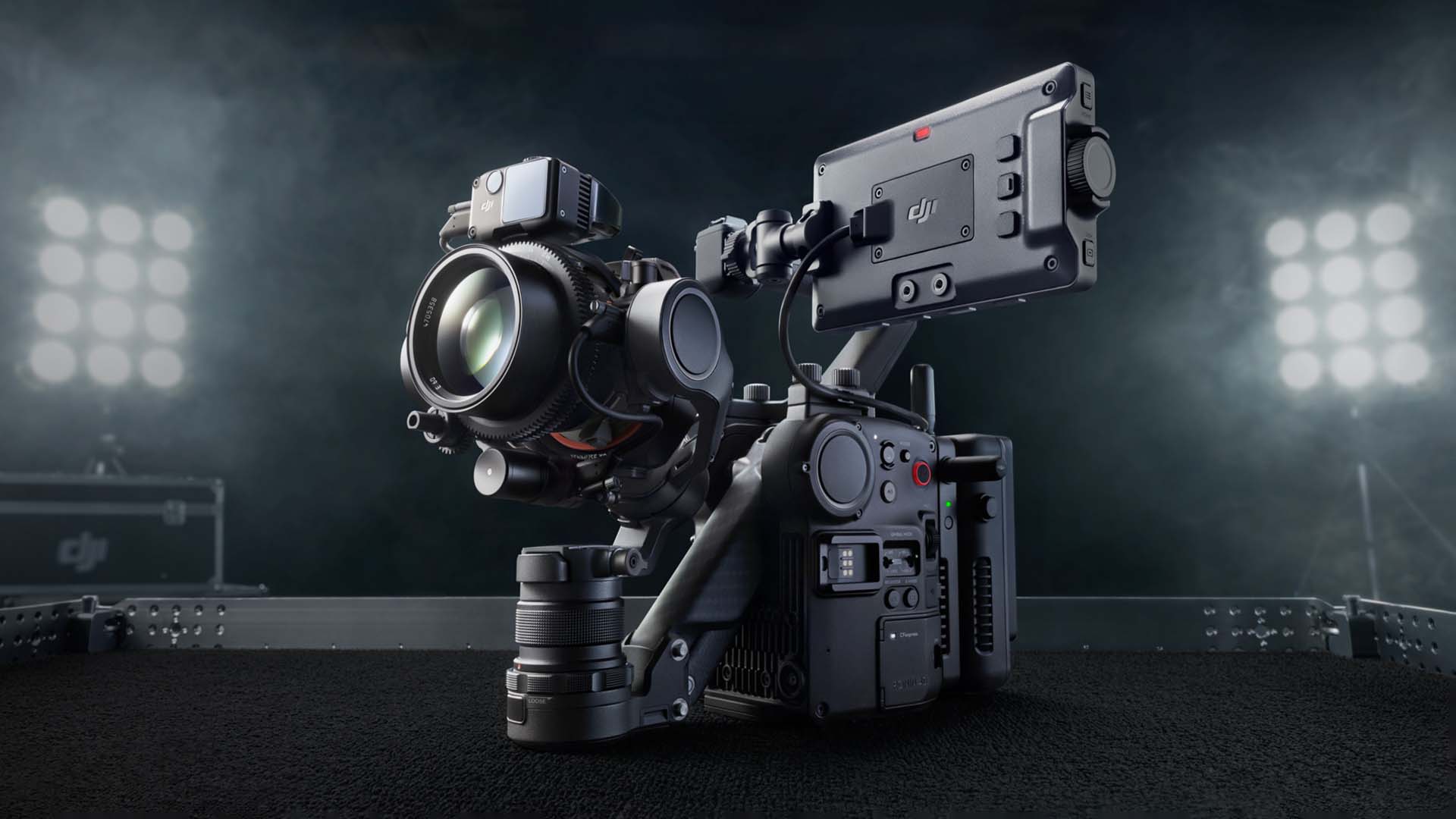 DJI yesterday announced its new Ronin 4D camera system, and it's fair to say that this is the biggest step-change in camera design we've seen in a very long time.

Anyone not living under a rock will be aware that DJI has released the Ronin 4D, a very compact integration of several key pieces of modern camera technology garnished with a couple of interesting new ideas. Instinctively, it seems like a really nice idea, offering a lot for very little in terms of size, weight and money. It's already pressed some people's too-good-to-be-true buttons, so let's consider what it really gives us.

The spec list is replete. It's a choice of Zenmuse camera, in 6K and 8K variations, with DJI's own lenses, which means a large sensor with glass weighted so as not to affect the gimbal calibration with inbuilt focus drive motors to work with the follow focus system. It's a very shallow lens mount, though, so within the space and weight limits afforded by the gimbal, other lenses can be mounted to it. The gimbal itself is, well, a gimbal, and heavier lenses might struggle to be mounted to it, although the fourth axis - hence the name - is one of the genuinely new ideas. The camera system also features nine steps of ND, so you won't be needing to add your own screw in filters or deal with variable NDs. 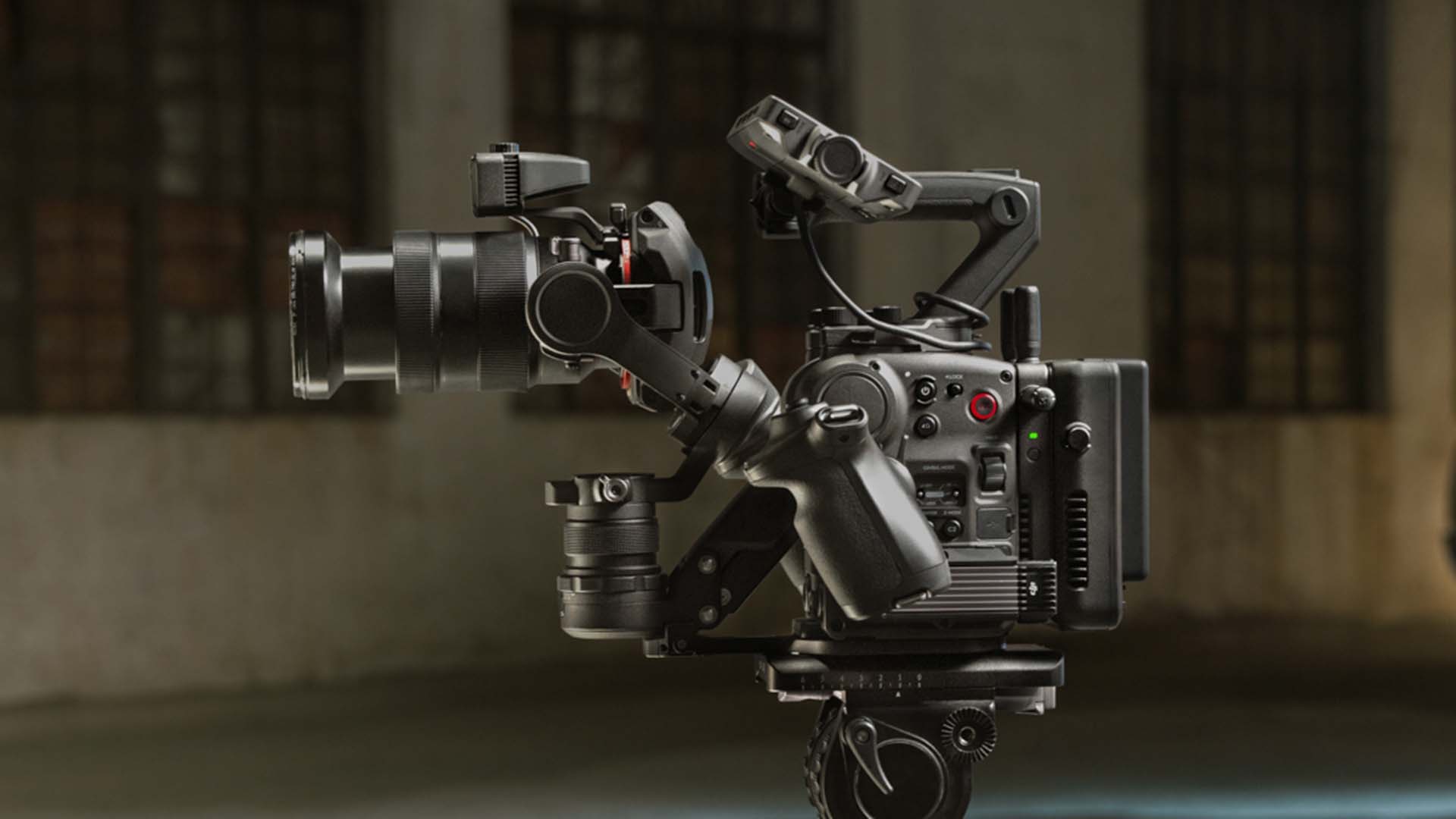 There's built-in wireless transmission with on-screen follow focus display and lens control, and, crucially, an optical rangefinder which renders a top-down view of the scene with a line-of-focus overlay. Naturally, that relies on us sticking with DJI's own lenses, but it has the option to automatically track features in that top-down view or work manually. Given a camera this mobile and a chip that big (both the Zenmuse cameras are full-frame), most ACs will take all the help they can get.

It's been widely described as revolutionary, and let's be fair; we really haven't ever seen all of this in such a tightly-integrated package before, and that tight integration inevitably makes it smaller, lighter, cheaper, and faster to set up. Within that context, most of the things it does have been seen in some form before, and some of the new features seem more evolutionary than revolutionary. The main camera body is quite traditional, and the gimbal is what you'd expect from a gimbal, though adding an almost Steadicam-style parallelogram arm segment that's driven by servos rather than springs is not something that we've seen before. Really, for full isolation, it should have two parallelogram sections and slightly different geometry, like a full Steadicam arm, but it seems mean to argue at the price. 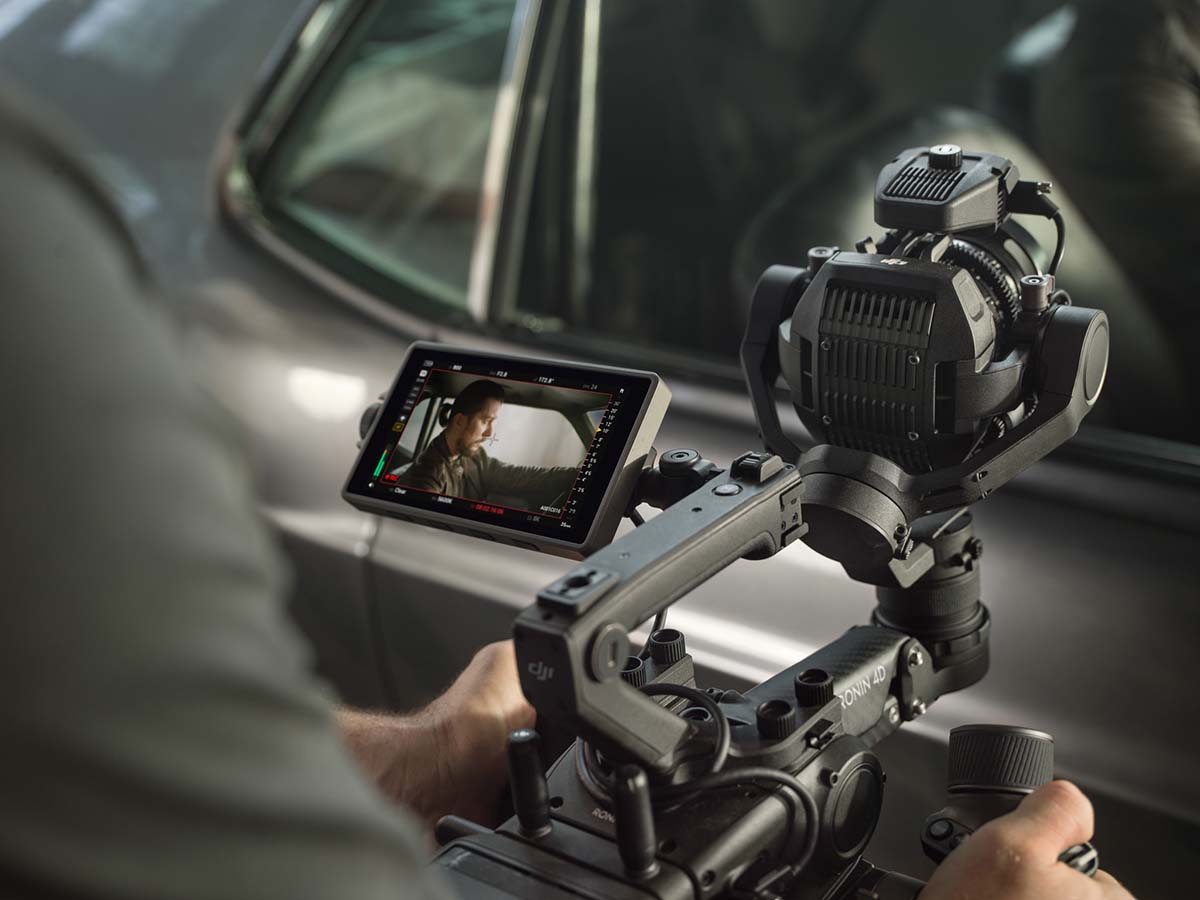 The exact mechanism by which the focus system works is difficult to work out from published information, but it's somewhat reminiscent of Qinematiq's Image+ which we saw at the BSC show all the way back in 2017, as well as a couple of other things which have produced top-down scatter displays like DJI's. Vitec's ownership of both SmallHD and Teradek has led to some similar combinations of video sender and lens control, with similar onscreen displays.

If there's a problem with this it's likely to be limited range; it'll be a big help on sit-down interviews and over-the-shoulder conversation setups, but the issue with rangefinder-style setups is that they work progressively less well at longer range, which is precisely where focus pulling becomes difficult on long lenses. Whether what we see here can match the likes of Canon and its advanced phase detection autofocus, which can reach out as far as the lens can, remains to be seen.

That's a problem unlikely to be encountered using DJI's own lenses, though, since the longest DL-S lens is 50mm, which is not very long - actually it's barely approaching medium on a full-frame chip, so let's not get too excited about the idea of following deorbiting spacecraft with the Ronin 4D, at least with the manufacturer's own glass.

Exactly what that glass looks like in difficult situations is another issue; it might be reasonable to expect them to look a lot like many modern, high-acutance, fully-automated still photography lenses. There's a 46mm filter ring, so you can put a Hollywood Black Magic filter on there to take the edge off as required. They're very, very compact and lightweight, although honestly, over £1000 apiece for some pretty conventional servo lenses in an extremely shallow mount is the only part of this that seems slightly ambitious on price. 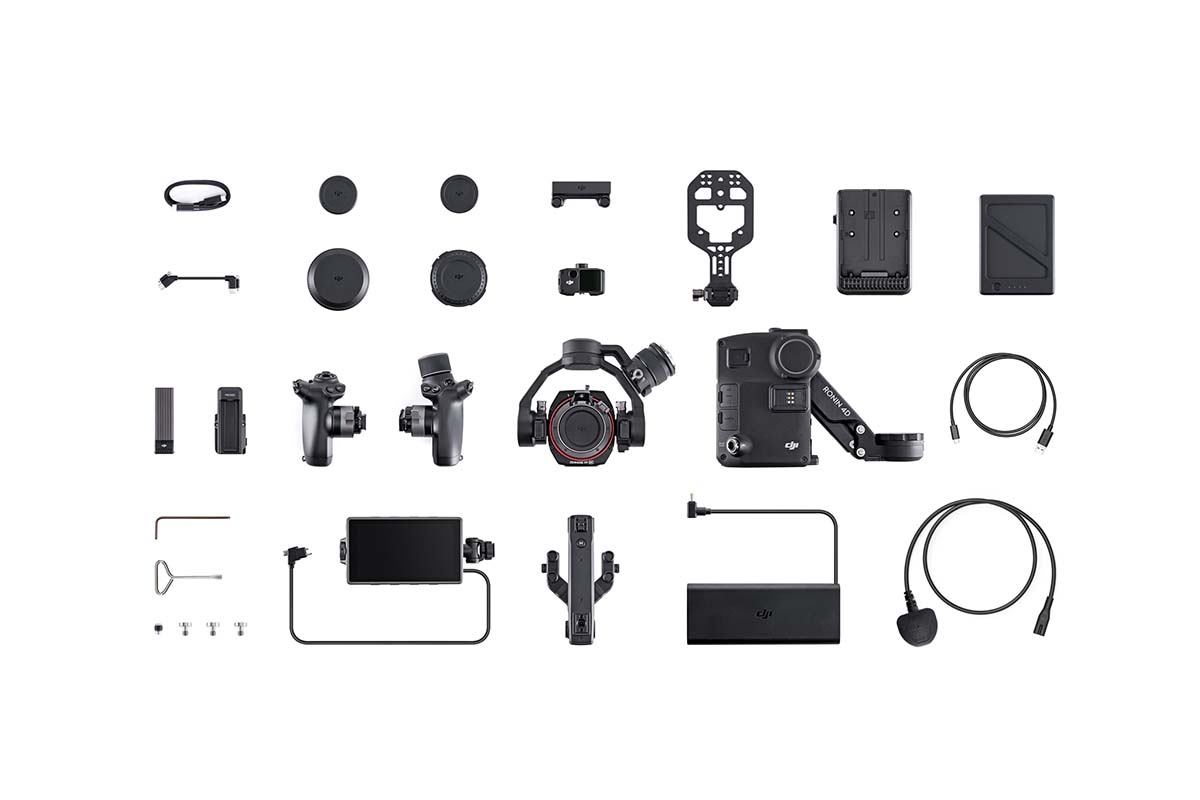 DJI has long been keen on ProRes RAW and it's no surprise to find it applied in the Ronin 4D. That won't meet with universal approbation, if only because of the increasingly-absurd and apparently perpetual border war which has kept the format out of Resolve. Whether Blackmagic's competing option is really any better-engineered is hard to tell when we can't side-by-side the two formats in one of the world's most prominent pieces of post-production software. Depending on the sort of licensing agreements involved this may be something DJI can't do much about, although the launch of the Ronin 4D is another opportunity for the film and TV industry to massage its collective temples over the sort of contractual chicanery this situation represents.

Overall, the Ronin 4D seems to have been laid out by someone making a game attempt to compromise on how a camera should be laid out with the novel physicality of putting all these things in one box. There's a top handle in the right place, and with the stabiliser assembly folded up it looks amazingly normal. Much of what's on offer here is, again, the integration: try to assemble something of this capability from off-the-shelf modules and you might get somewhere near, but it'd be a nightmare of expense, cables and wobbly quarter-inch screws.

And it'd also be a lot more expensive; perhaps the biggest question here is the market reaction, and it remains to be seen how companies which view themselves as high end will respond to the ballooning capability of very affordable things.

The Panasonic DVX200 is no more