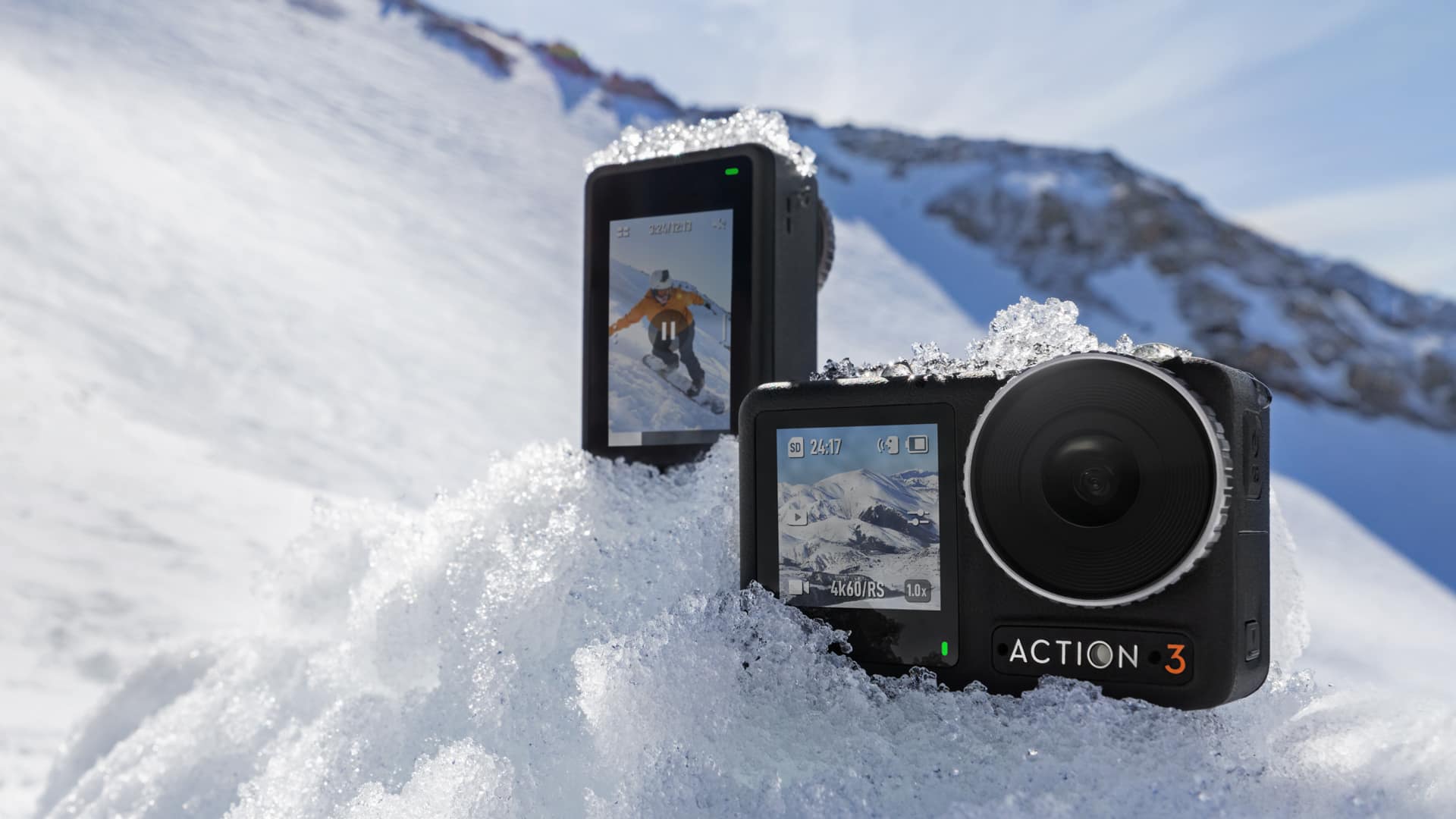 DJI has released an important firmware update for its Action 3 camera, including 10-bit colour and HDR video.

When DJI released the Osmo Action 3, we were impressed with its capabilities as a solid alternative to the GoPro. However, it lacked the 10-bit colour of its nearest competitor. DJI has now been good on its word, and has released a significant new firmware update to the camera, featuring 10-bit colour amongst other new features. Let's look at what the update brings.

The new 10-bit colour feature is available, and automatically enabled when D-Cinelike is chosen as the picture profile. This stands to reason, since D-Cinelike is designed for grading rather than to be used straight out of the box.

In Normal colour mode, a new "Enhanced" option is now available, improving how the camera handles highlights and shadows, at the expense of slightly higher battery draw. Lastly there's a new HDR video mode, which uses 10-bit by default, to allow high dynamic range video recording that can be played by on HDR displays without grading.

Lastly, DJI has added Rocksteady+ to increase stabilisation performance, at the expense of a larger image crop, as well as a new narrow FOV option.

Overall, this is a significant update. Early on the Action 3 had apparently suffered some issues with focus on some units (which didn't appear to affect our review sample). But DJI has always given great support to its products via firmware updates, and this is no exception. We look forward to trying it out to see what it is capable of.

Users can update the camera using the DJI Mimo app