DJI and its entirely new genre of camera 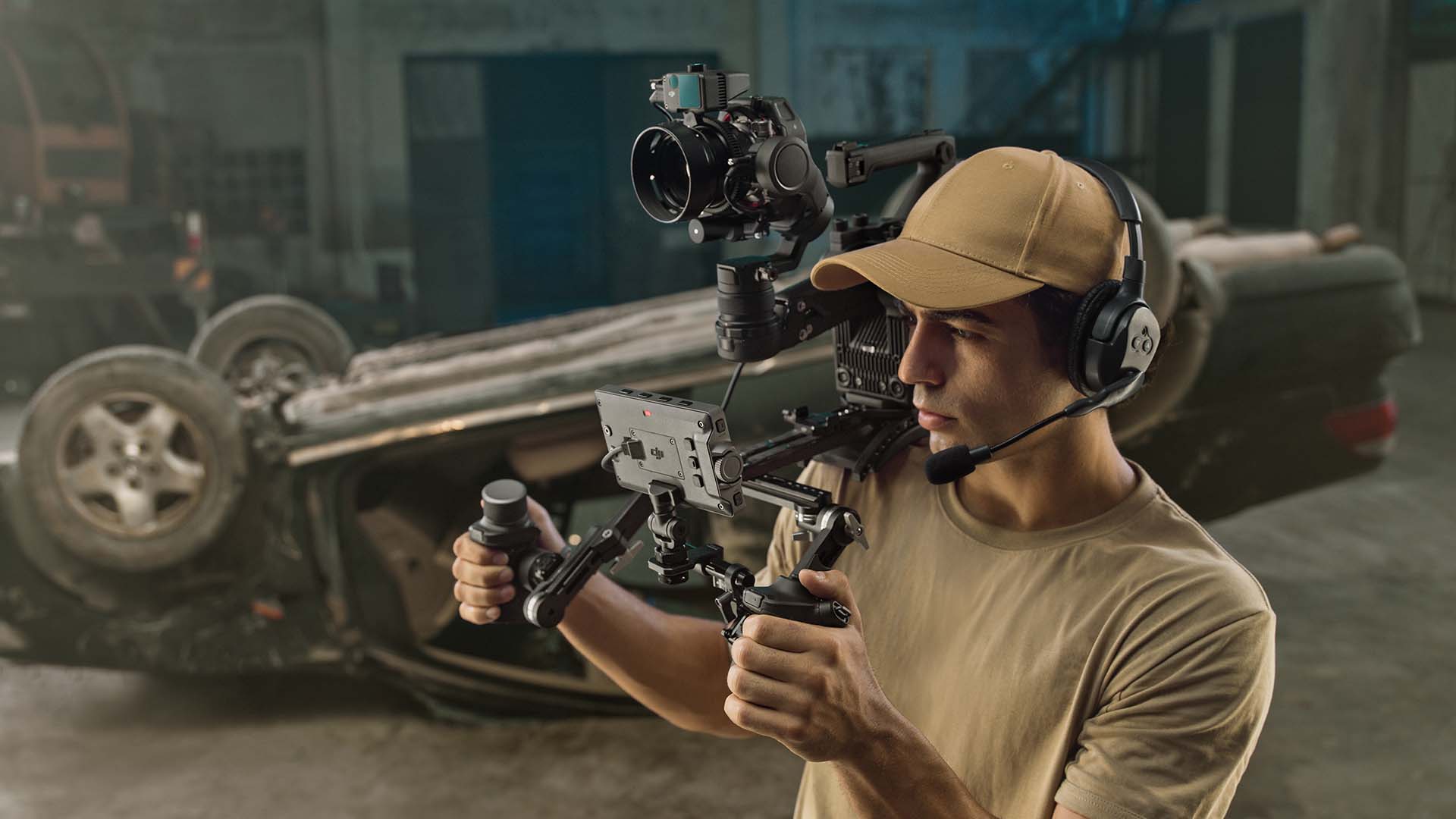 The DJI Ronin 4D has got a lot of people talking, but it has been on the cards for a long time.

Back in 2016 DJI made a film called The Circle. The production used the then newly announced Inspire 2 drone, but not to get aerial shots. Instead they used the drone as a ready-made, integrated camera and gimbal system. There were some incredibly nice shots, for example, flying the drone into the hands of a camera op for some impossibly continuous examples of cinematography.

I speculated at the time whether DJI would move from drones and gimbals to camera systems. It's a move it eventually made, producing products such as the OSMO Pro and more consumer-orientated devices. But the Ronin 4D takes things a big stage further.

Not only does the Ronin 4D cement DJI's intention to move head-on into the professional cinema camera market, but it also makes us question camera design altogether. I pondered a good while ago whether a company would think to produce a camera using an OSMO style stabilisation system for everyday use, and DJI seems to have gone and made this very thing.

One way of looking at the Ronin 4D is not to see it as a way of revolutionising camera design but as an entirely new camera genre.

There are limitations to the gimbal system that is part of the system. You won't, for example, be using 1000mm wildlife lens to perform full stabilised helicopter shots of a herd of elephants. It simply won't support that kind of weight. However, you can lock off the gimbal system, use a lens support with rails to mount such a lens, and use the Ronin 4D much like any other traditional camera. The good news is that in amongst the list of lenses that the system supports are 125mm Sony E-mount primes, so you'll be able to use the most common focal lengths with stabilisation.

When you can use stabilisation with DJI's lenses, there will be no need for balancing or trimming. You'll be able to attach the lens and get filming straight away. The built-in ND filters have also taken away the need to faff around with screw-in affairs as well. So, all told, the Ronin 4D would appear to be quite adaptable for quite a wide variety of circumstances. The big question is, how broad a set of circumstances can it be used for, and are they enough to justify it as an A-cam or a B-cam?

A while back, RedShark contributor Craig Marshall, used one of the original OSMO cameras to film a documentary. He found the experience to be a liberating one, and so it shows that even with a single lens option, a lot can be done with such a device.

Self or one-person-band shooters may well find that the Ronin 4D becomes a useful tool due to the ability to get the camera to track people and focus on them incredibly accurately thanks to the LiDAR focus system. Plus the gimbal can be controlled to perform tilts and pans without the need for a tripod. In many ways the Ronin 4D could well drastically cut down on the amount of kit you need to take on a shoot with you.

Early footage we've seen would suggest an incredibly low noise image, even at high ISOs thanks to the dual native ISO functionality.

Undoubtedly, the Ronin 4D is a fundamental rethink on camera design. Whether it becomes a success or not, I think, will depend on how versatile it truly is as an A-camera, and its flexibility with focal lengths. As a replacement for a separate gimbal and camera, it offers numerous advantages, such as much easier camera function control and what has the potential to be very accurate auto-focus via the device's LiDAR system. This latter function could be taken further in future devices by recording the depth data for post use.

The fourth axis in the stabilisation system could normalise across all gimbals, thus removing one of the most difficult part about using such devices; the camera op's footstep movements.

The Ronin 4D is a brave move by DJI into a notoriously difficult market to shift entrenched opinions in. However, at around £6k for the 6K model, it's not a device that many people will be able to try out as an experiment, and it will therefore need a lot of consideration and thought before purchase.

This feels like one of those crux moments where it could go either way. If users embrace the concept, this could fundamentally change camera line-ups. If they don't, the Ronin 4D could go down in history as the most brilliant camera that was never to be. In a world that doesn't favour 'odd' things, it's a significant risk to take and a very worthy one. For that reason, I thoroughly applaud DJI.