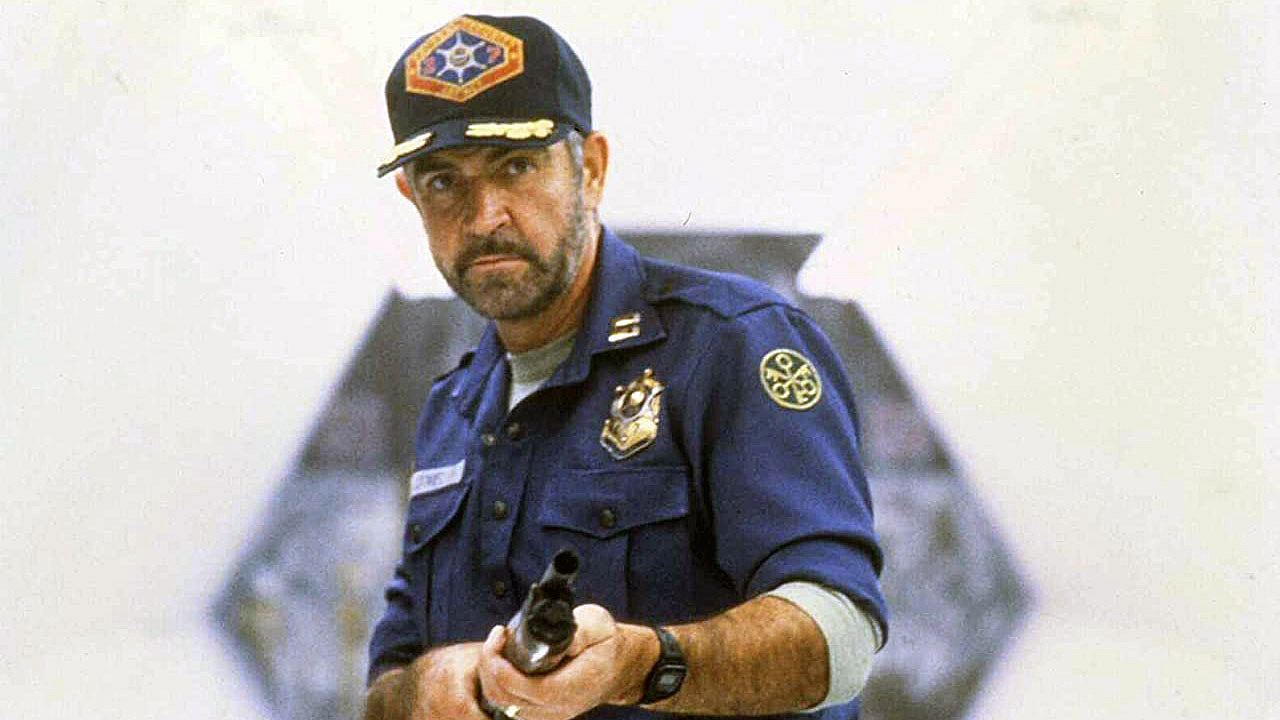 With the recent announcement of the death of Sir Sean Connery I decided to go back and look at some of his lesser appreciated films.

In particular I hadn’t seen Outland (1981) for about a 30 years, I opened up the Blu-ray to have a look at what the film looked like in HD. I was pleasantly surprised, no excessive noise reduction and a welcome upgrade to the film I last remember seeing in SD on a CRT television many years ago.

I’ve always been interested in the trailers as well, a well put together trailer is an art form in itself and I remember seeing the trailer for Outland on TV many years ago. Being a much younger impressionable youth this small three minute promotion made me want to watch the film –after all that’s what it’s there for.

The original trailer was included on the disc so I had a look to see if what I remembered had been seen through rose tinted glasses, would it hold up many years later. I was a little disappointed to find that the trailer was in SD and 4 x 3, not really a surprise though considering that it was destined for TV.

That’s got me thinking, could I reconstruct the trailer from the film? These days it might be a little more difficult because with recent releases a lot of shots in trailers do not end up in the final film but instead on the digital cutting room floor. So I thought I’d give it a try, after all from what I remembered all the shots in the trailer were in the film.

After setting up a couple of video layers on a timeline, one with the SD trailer and another for the new shots - I set to work. This meant delving through the film for the corresponding HD material.

Of course what didn’t help was that the trailer was at 29.97 and the film of was at 23.976. Also the difference in framing made it a little difficult to eye match precise frames at times, oh yes I forgot to mention that each of the cuts was matched by eye.

Initially it was quite easy to find the right shots, although as I got closer to the end of the more difficult material there were several shots which just didn’t work.

There were a couple of instances where the shots included in the film were different takes, although very similar to the ones in the SD trailer. If you know the trailer very well and step through it carefully you may spot the differences. There was one shot where The VFX has been completed for the film but not for the SD trailer

Then came the most awkward to find last shot. Well the reason that it was so elusive was that it just didn’t exist in the film. So I decided to replace it with something appropriate, I hope it doesn’t stand out badly.

Then I came to the most difficult part of the whole process, something where I could’ve used the original part of the SD trailer but for completeness I decided not to. The end of the trailer consists of three different title cards. I decided to re-create these using the existing text from within the film credits and title.

This is where I spent about 50% of the entire duration of the edit, mostly down to work in Photoshop and Fusion to get a good result. It doesn’t perfectly match the original and I could have made it a little bit better visually but it does closely emulate the original and brings it slightly more up-to-date.

This entire thing was a process which was more involved than I had initially thought. However I do think that a lot of HD films with SD trailers do deserve a bit of love. It’s not the most creative task in the world but I found it quite satisfying and it’s nice to pay something back now and again.

This was my first foray into remastering trailers...but it won’t be my last