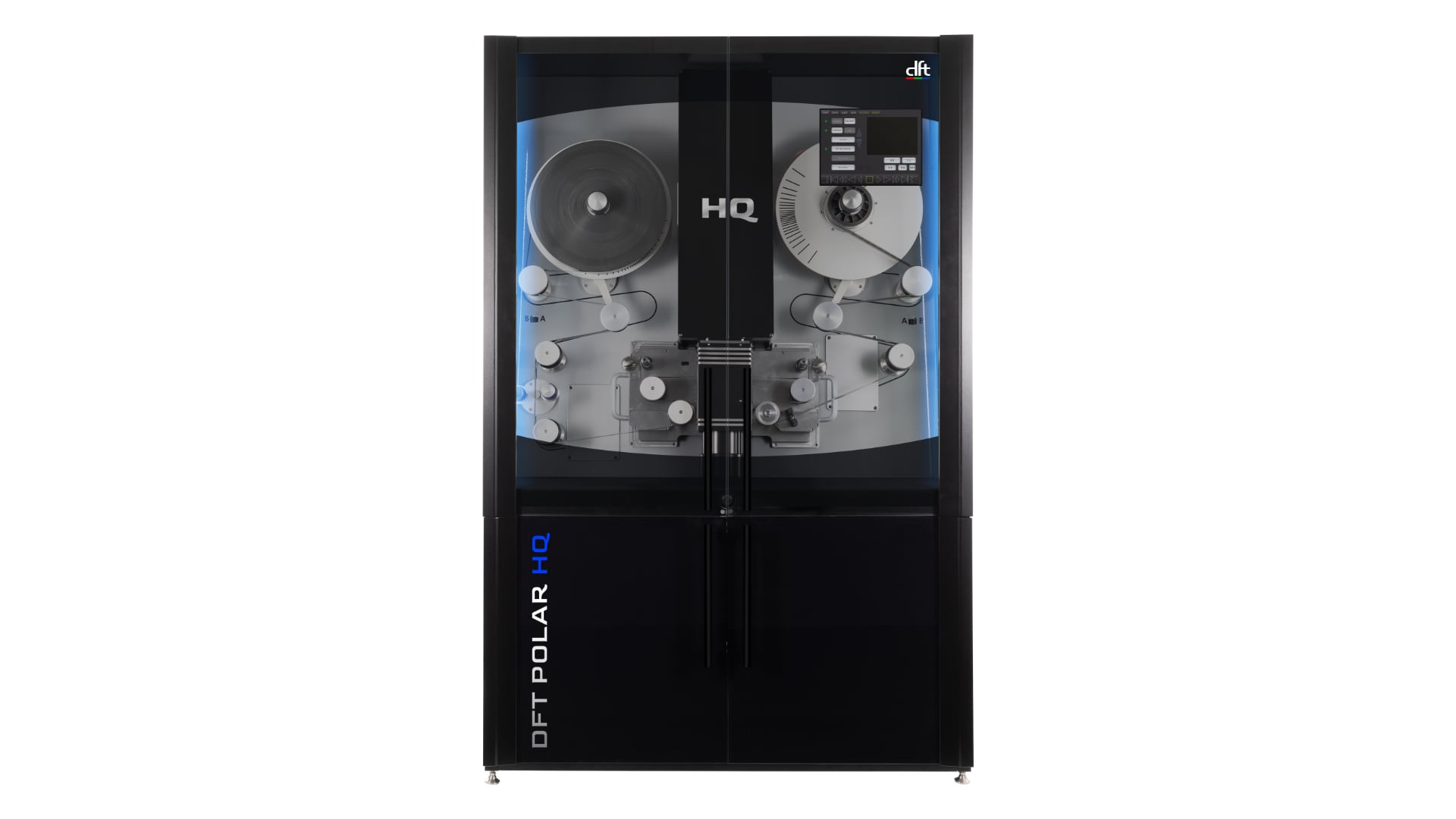 Back during IBC2022, DFT unveiled its latest generation of film scanner technology called the Polar HQ. Blake Jones has worked with it recently and reckons it’s an excellent option for anyone archiving material.

I’ve had the pleasure of examining and trying out​ the DFT Polar HQ scanner extensively. It is essentially a native 8K scanner aimed towards the archive market. The scanner centers around a 9.3K monochrome sensor that works together with the company’s specially engineered gate system, making it ideal for handling even the most difficult scanning situations. The scanner can handle formats from 8mm to 35mm. The illumination comes from their RGB IR LED diffused light source which is a cool light so as not to create any issues when scanning Nitrate film material.

Traditionally when scanning Nitrate film material, shrinkage has always been an issue. I have personally seen over 9% shrinkage on several occasions, which can play havoc with some film scanners. The DFT Polar can easily handle up to 5% shrinkage and higher shrinkage can be accommodated with the addition of optional pressure plates within the gate. In addition to shrinkage, there is also the issue of warped film that has to be dealt with. This can be present on Nitrate film elements and sometimes even with Safety or Acetate film material especially when the film begins to exhibit what is known as the Vinegar Syndrome; a chemical reaction that can occur with Safety film that can be identified by the vinegar smell and also the deforming of the film material which can occur as a result of the chemical reaction.

When working with film material, there are a myriad of physical issues that must be taken into account. For example, many film printing negatives have what is called notches on the edge of the film periodically throughout the roll. The notches can be anything from a slight indentation cut from the film edge to large cuts into the negative in the shape of a semicircle. These are generally used to trigger functions when shooting out a positive print in the laboratory. Another issue to be taken into account are splices. There are all sorts of splices that can be found such as cement splices, sonic splices or tape splices. The worst to deal with are tape splices as the glue can begin or ooze with age and become very sticky. With cement splices, a misaligned splice from an aging splicer can also be a challenge. The Polar incorporates a user adjustable hold down plate mechanism that can cope with any of these issues.

Currently 2, 3 or 4 perforation 35mm can be easily handled by the scanner and soon there will be the ability to handle 6 or 8 perf film in order to handle formats such as VistaVision or Cinerama. There is also an option available for reading optical sound tracks from either negatives or prints in 35 or 16mm. When reading optical tracks from prints, this can be from normal or cyan track prints. When working with negative film material, there is also the possibility of reading the KeyKode information which is on edge of the film. 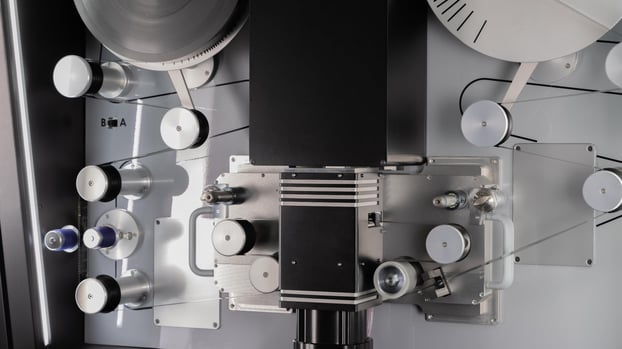 Film handling within the scanner is exceptional, with its total capstan driven technology along with DFT’s Smart Motion Film Gate that makes handling even the most brittle film possible. The scanner also incorporates optical pin registration and even exceeds the SMPTE specifications for image stability.

I found that the Polar scanner was built around a future proof design. It actually incorporates the possible integration of a wet gate into the unit (this is the process of coating the film with a special liquid during the scanning process in order to fill in any large imperfections that may be present in the film material). This is great as in the past wet gates necessitated adding another unit to your scanner and changing the gates. Now there are actually sections within the scanner frame allocated for the integration of the wet gate.

During the scanning process, the diffused light source also does an extremely effective job of masking dirt and scratches during scanning. This diffused light source technology was pioneered during the development of the Spirit DataCine and is also being used in DFT’s Scanity and OXScan film scanners. There is also an IR channel within the scanner for use with dirt and scratch mattes in the alpha channel.

The scanner can provide 4K or 8K deliverables in DPX (10 or 16-bit), Open EXR plus. Pro Res, H264, H265, JPEG 2000 or JPEG XR are also available through a second output that is rendered on the fly. The scanner control is achieved by using a workstation running their control software along with the Ubuntu Linux operating system.  The scanner scans 8K RGB at a speed of 6 frames per second in single exposure mode and 2 frames per second in HDR triple exposure mode.

I found the scanner to be an excellent option for companies who are archiving their film material as it provides excellent 8K scans at an affordable price. Well, €279,000, but when we're talking machines with capabilities like this, that is comparatively affordable.

Samsung chases after Apple and LG with ViewFinity S9 display