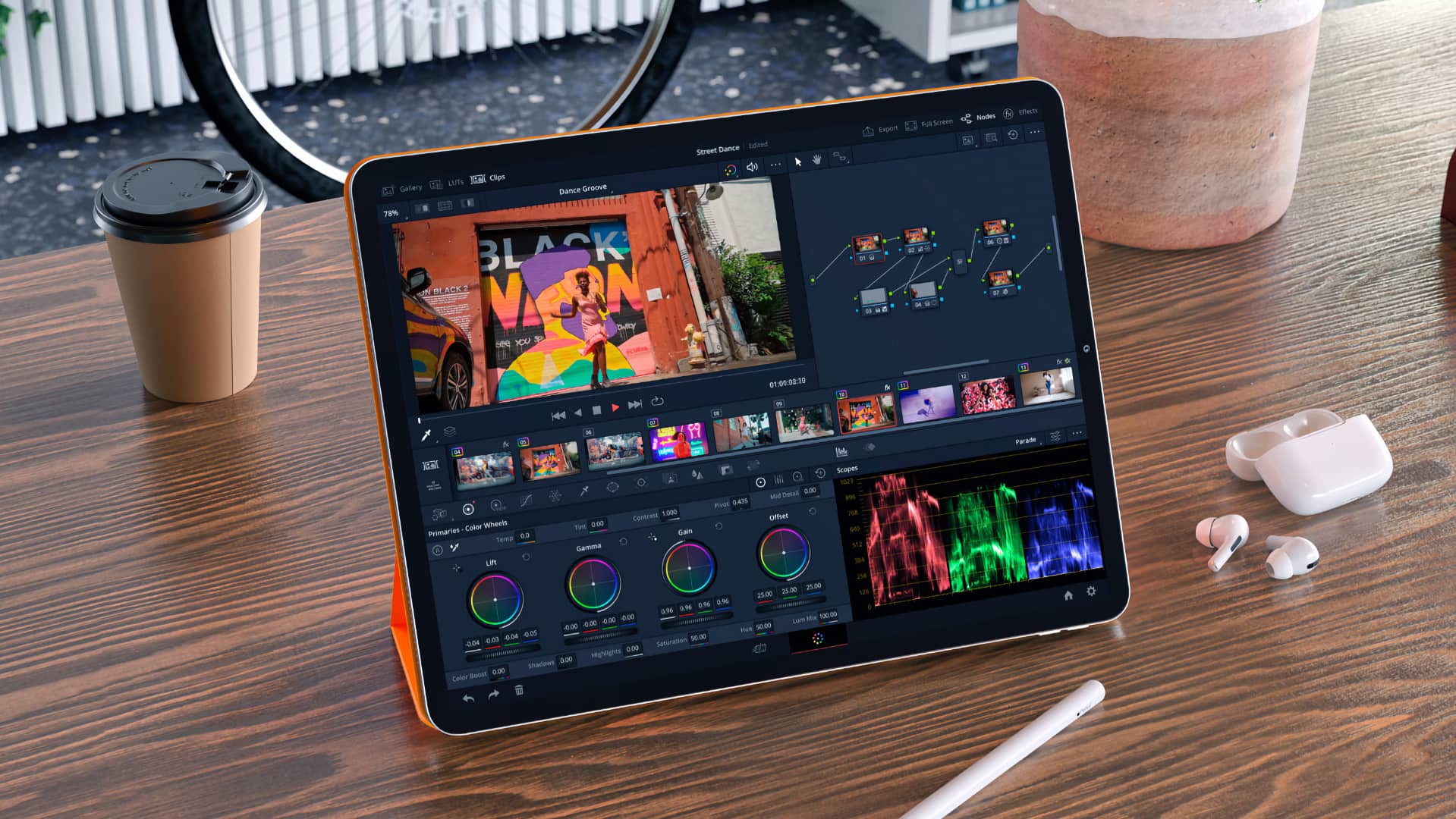 For those that really want to cast off the desktop shackles and fully embrace remote working, Blackmagic has confirmed Apple’s surprise new M2 iPad Pros will be able to run DaVinci Resolve for iPad when it launches later this year.

Apple’s new iPad line up caught most people by surprise when news of their existence came out as a store update on Wednesday rather than via the usual razzmatazz we’ve come to associate with Cupertino. There’s a new A14-powered base spec device — 9th gen for those still counting —  that ditches the home button and the Lightning port, starts at $449, and features a 10.9-inch, 2360×1640-pixel LCD display that maxes out at 500 nits of brightness.

Then there are the new iPad Pros. Both the 11in ($799 and up) and 12.9in ($1099 and up) versions have been updated and feature the new M2 chip seen in the latest MacBooks. These comprise an 8-core CPU, 10-core GPU, and 16-core NPU. Add in up to 2TB of storage and you have a seriously capable machine which, in the launch reel, was shown to be running DaVinci Resolve.

And that capability has been confirmed by Blackmagic today, the company confirming that that DaVinci Resolve for iPad will be available later in 2022 as a free download from the Apple App Store. Users will also be able to upgrade to DaVinci Resolve Studio for iPad using an in-app purchase if they wish.

The new port has been optimized for both MultiTouch technology and Apple Pencil, and features support for cut and color pages, providing access to all of DaVinci’s image technology, color finishing tools and latest HDR workflows. And, given that users are likely to be very much out and about with it, it also features Blackmagic Cloud support so that they can collaborate with multiple users around the world and sync back to base.

Roundtripping is entirely possible too. DaVinci Resolve for iPad will open and create standard DaVinci Resolve project files which are compatible with the desktop version of DaVinci Resolve 18. Supported file formats include H.264, H.265, Apple ProRes and Blackmagic RAW, with clips able to be imported from the iPad Pro internal storage and Photos library, or externally connected iCloud and USB-C media disks.

“DaVinci Resolve for iPad is truly a revolution for post production, " said Grant Petty, Blackmagic Design CEO. “Customers will have the power of Hollywood post production tools for editing and color correction literally in their hands, creating a whole new generation of creative editors and colorists. Compatibility with DaVinci Resolve 18 and Blackmagic Cloud, mean that customers can collaborate on the same timeline with other editors or colorists as well as audio engineers and VFX artists from literally anywhere in the world. I think it will be exciting to try out the new iPad version and I can’t wait to see how our customers use it, their creativity will be mind blowing.”