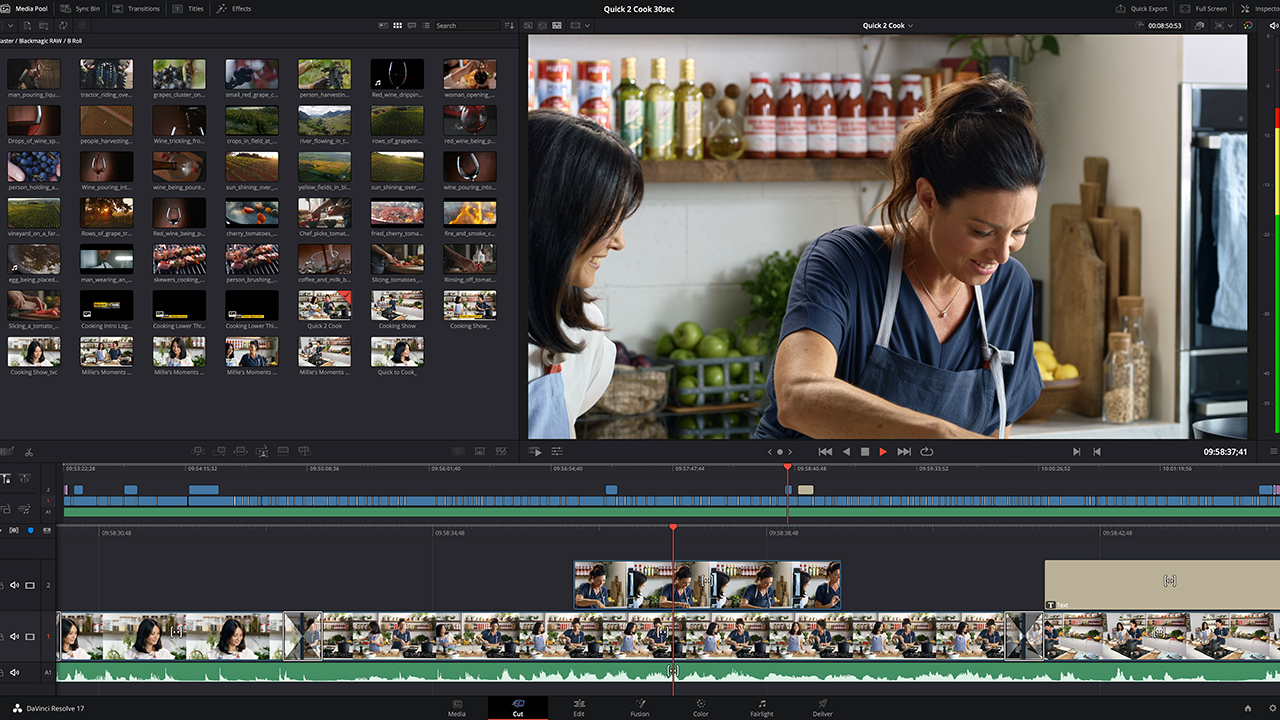 Development on DaVinci Resolve continues apace with the release of version 17.2. The new update features faster start-up times and the ability to read gyroscopic data from the Sony VENICE.

The most notable improvement is of course the start-up time, which it has to be said was pretty slow on previous versions of Resolve 17, so it's good to see this tackled. Live Save is now on by default, possibly preventing a lot of hair being torn out! Making sure this is turned on is one of the first things I set up, so again it's a small, but nice touch that this is now on by default.

Another stand-out feature is support for AV1 decoding on Windows. AV1 is seen as a successor to HEVC and is a royalty free codec. With the codec bringing claimed 30% better efficiency than HEVC it's likely to play a much bigger role in our lives from now on. It is, however, extremely processor intensive, and so BMD has included accelerated decoding on supported systems.

Other useful additions include batch editing of cross fades in the Fairlight page, support for the V1.2 ACES colour science, and the ability to read gyroscopic data from Sony's VENICE. If more camera manufacturers included gyroscopic metadata in their video recordings like this it could be very useful for both stabilisation but also for camera move matching with SFX across the board.