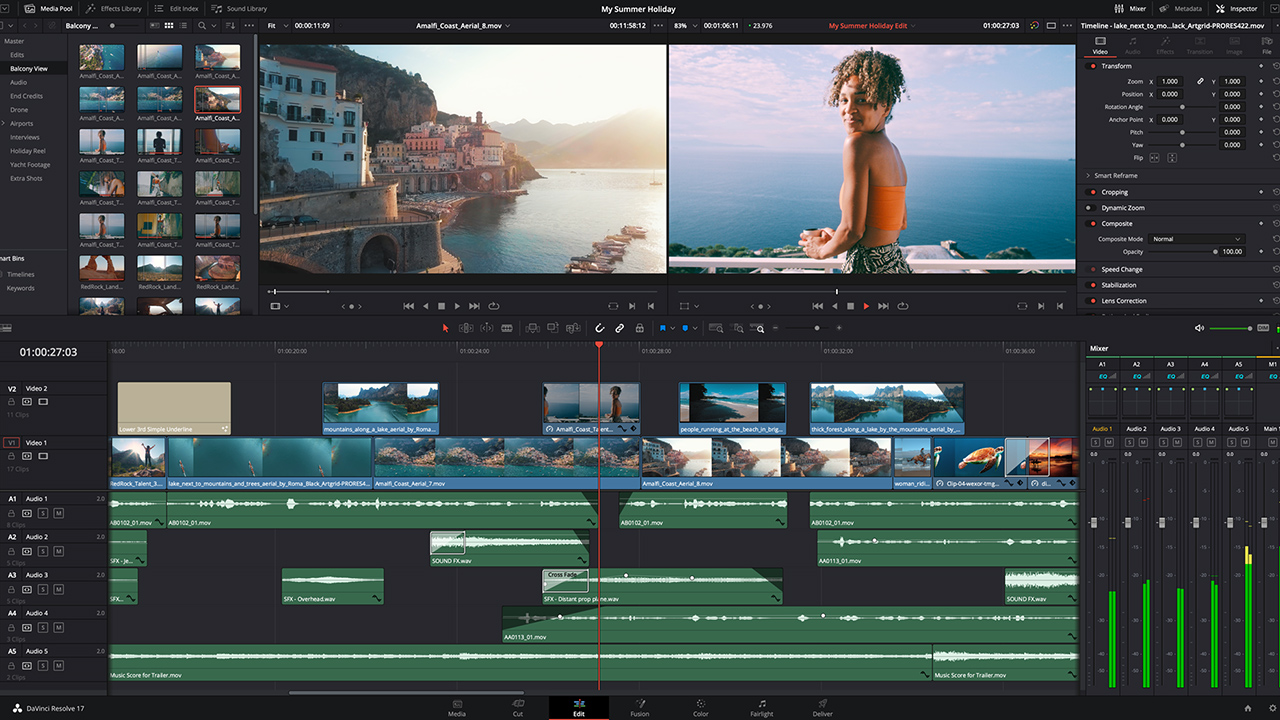 DaVinci Resolve 17 is out of beta. Image: Blackmagic Design.

Praise be! DaVinci Resolve 17 is out of beta and is now a full release.

It has been a long time coming, but Resolve 17 is now, finally out of beta. One of the beauties of Resolve has always been that the beta releases have been both public and pretty stable for the most part.

New Beta updates have been coming thick and fast this year, but now we have the finished release. No doubt point updates will continue to flow, but Resolve 17 can now be considered safe for either installation or pre-testing before moving your work over if you're on a critical system.

Those who have been using the beta will be well aware of the improvements. The Cut page is now much more able than before, and the integration of Fusion effects into the effects list makes things much more flexible and creative than in previous versions.

The official full list of Resolve 17 additions and improvements are as follows:-