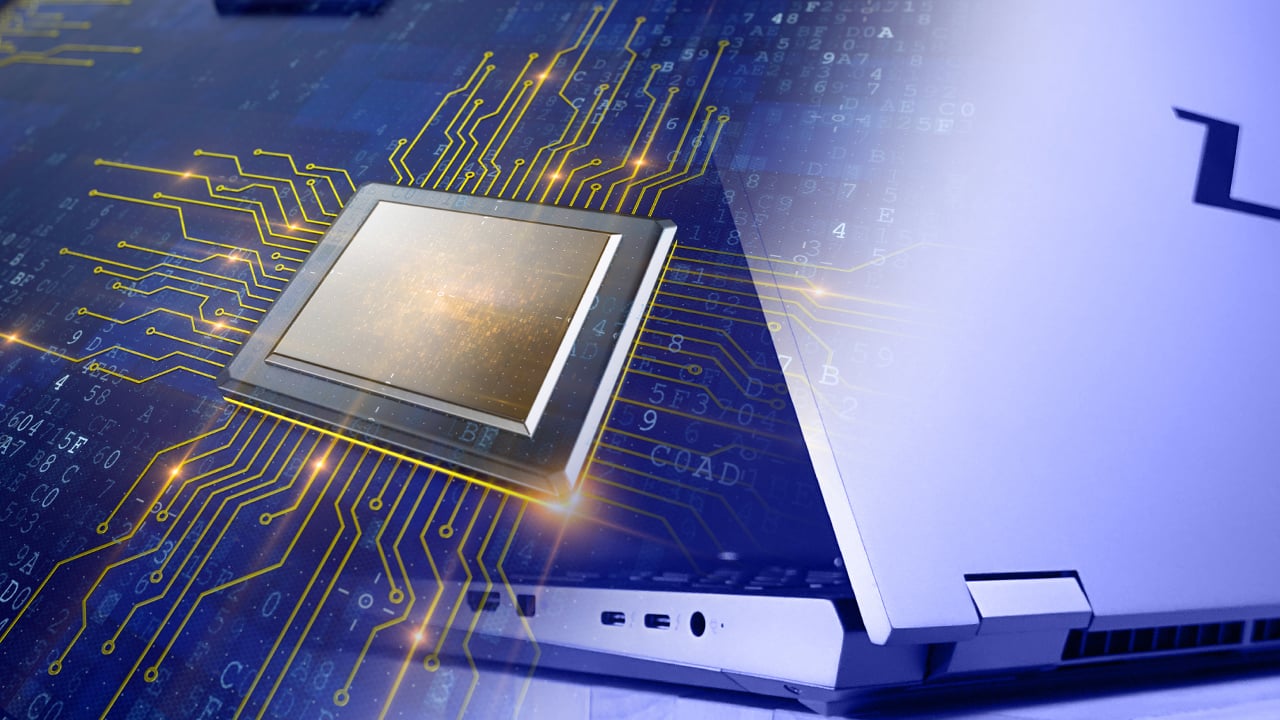 Which mobile GPU should you buy?

Should you spend more for higher performance? Will you feel better saving money? Let’s look at the differences between these mobile GPUs.

Which graphics do you need for your mobile workstation?

If your needs are at either end of the workstation-performance spectrum, then your GPU choice will be easy. If you are a workstation road-warrior with constant, high-end demands on your mobile workstation or an engineering manager with an occasional need for your professional apps while out of the office, then choosing a GPU is simple.

The issue in making the right choice is this: most professional workflows lie somewhere in between these endpoints. Additionally, graphics options have been growing for mobile workstations.

Over the past 18 months, NVIDIA has driven the Turing architecture into nearly every make and model of mobile workstation on the market. The mobile workstation GPUs include the Quadro T1000, T2000, RTX 3000, RTX 4000, and the RTX 5000. 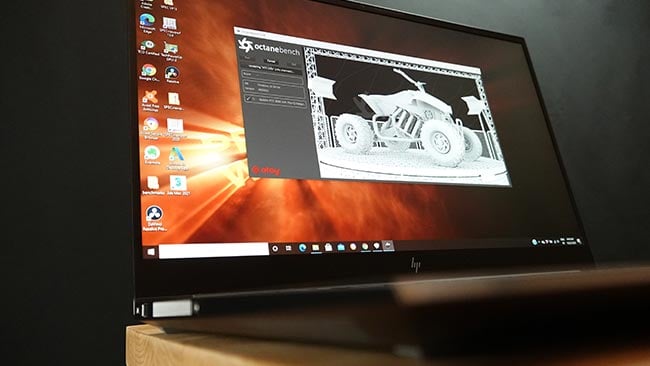 The Quadro RTX versions are larger and faster, and they contain NVIDIA Tensor Cores for artificial intelligence and NVIDIA RT Cores for raytracing. The T1000 and T2000 models are smaller GPUs, have less graphics memory, and consume less power.

Let’s start at the top and look at the specs.

The Quadro RTX 3000 has almost twice the number of CUDA cores and TMUs, and it does have twice as many Raster Output Units (ROPs). The GPU also adds 240 Tensor Cores and 30 RT Cores which account for the more-than-double transistor count.

Choosing a GPU: Performance and Price

Performance is key. Let’s first look at SPEC Viewperf 2020 performance. Viewperf is useful for us here because it is very good at isolating the GPU performance. 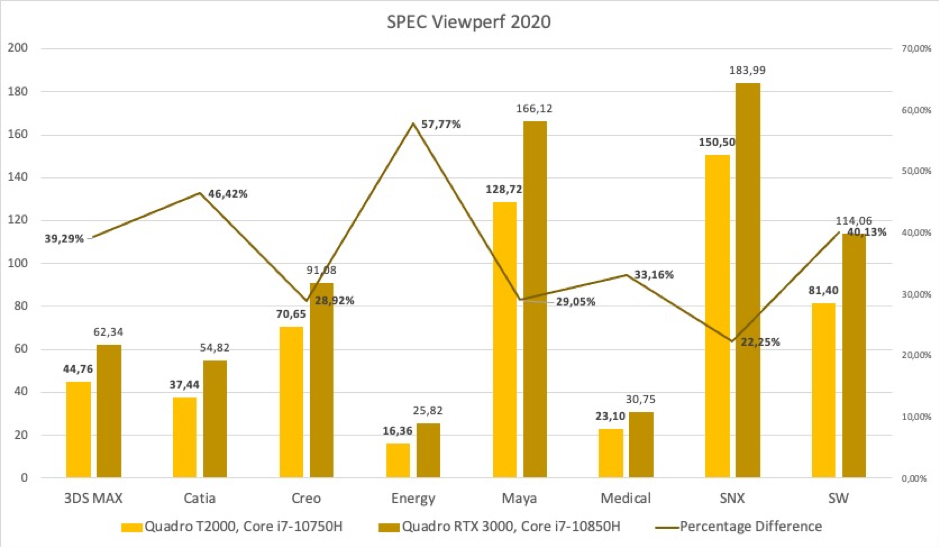 The most GPU-intensive test, Energy, shows the greatest performance difference of nearly 60%. The least difference is found in one of the CAD tests, Siemens NX, with a performance gain of just over 20%. Mostly the performance delta in these tests lies between 30% and 40%.

The key points are: 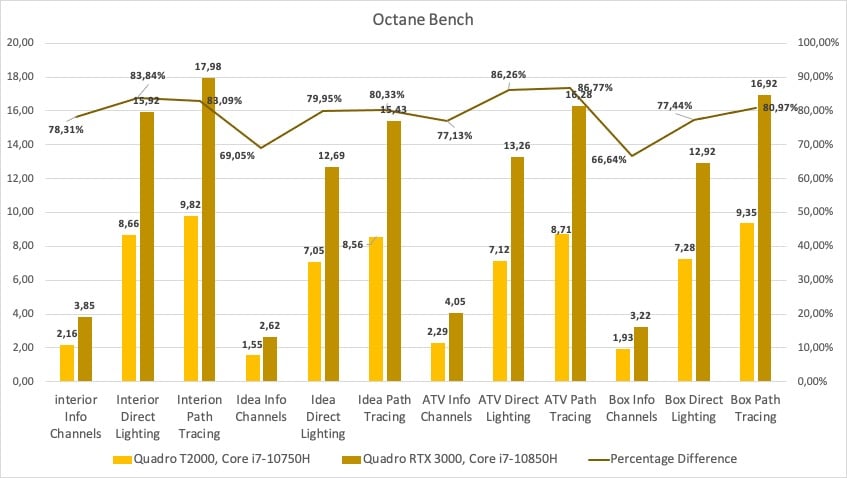 The Quadro RTX 3000’s performance advantage ranges from 66% to 87%. What is apparent from these results is that GPU-computing centric applications benefit significantly if you chose a Quadro RTX 3000 over a Quadro T2000.

In Premiere Pro rendering tests, the result is normalized against the video sequence duration. In this benchmark, lower scores are better. A one-minute long video sequence that renders in one minute will have a score of 100%. If it renders in 30 seconds, it scores 50%. 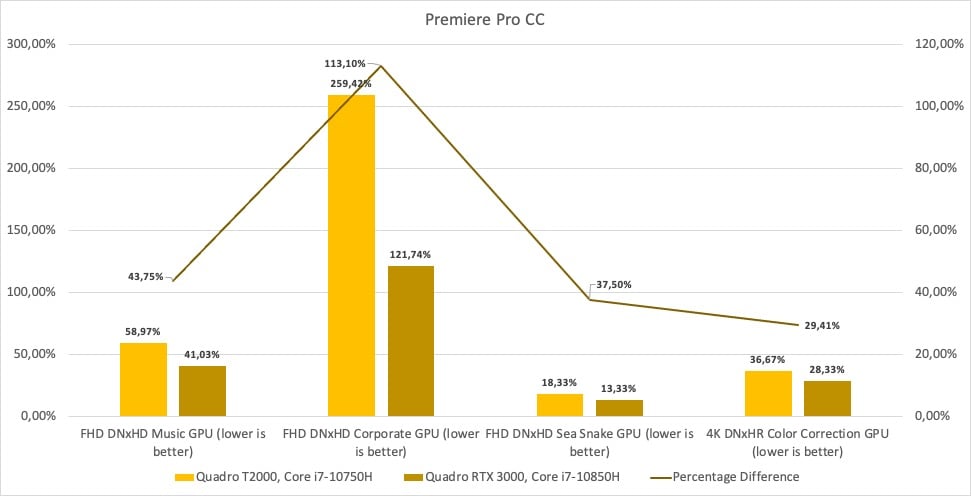 With more complicated video sequences, the performance difference increased to above 40% and in one test, the Quadro RTX 3000 is more than twice as fast as the Quadro T2000.

The result? The faster GPU is a must-have configuration choice if your workflow is more than the most basic video editing.

What about those Tensor Cores and RT Cores?

If you use your mobile workstation in product design, then visualization tools are also important to your workflow. High-end rendering means raytracing. And for real time raytracing, software vendors are using both RT Cores and Tensor Cores.

Artificial intelligence is such a useful technology that it is applied to many other problems. Video applications like Blackmagic Design’s DaVinci Resolve take advantage of fast GPU-computing. Using their Neural Engine, many features are also accelerated using AI.

If you are a product design engineer, the extra computing power and graphics memory will make a difference in one of the new real time simulation applications like Ansys Discovery Live. As with rendering, video, and special effects, simulation programs are leveraging artificial intelligence to deliver results faster.

Your applications may already use these Tensor cores. And more features in your core applications will be AI-accelerated during the three-year lifecycle of your workstation.

Pricing differences: how much more does a Quadro RTX 3000 cost?

That equals a 3% increase in cost before tax !

My guess is that you already see my point. Looking at the choice from this point of view, I would take the Quadro RTX 3000 every time.

Is AI going to get us all killed?