When we discuss colour in filmmaking, we're usually interested being – well – correct. But we might also talk about the steel blue of night, an amber sunset, or the greenish tinge that comes from mid-century industrial lighting, or just from being stuck inside your own head in Paris.

Technically, all those things should look roughly white, but that's much less interesting than embracing the colour.  We can simulate all this using colour-mixing LED lights, or with gels, but if we’re going to use old lenses for the sake of it, there might be something in using old lights too. 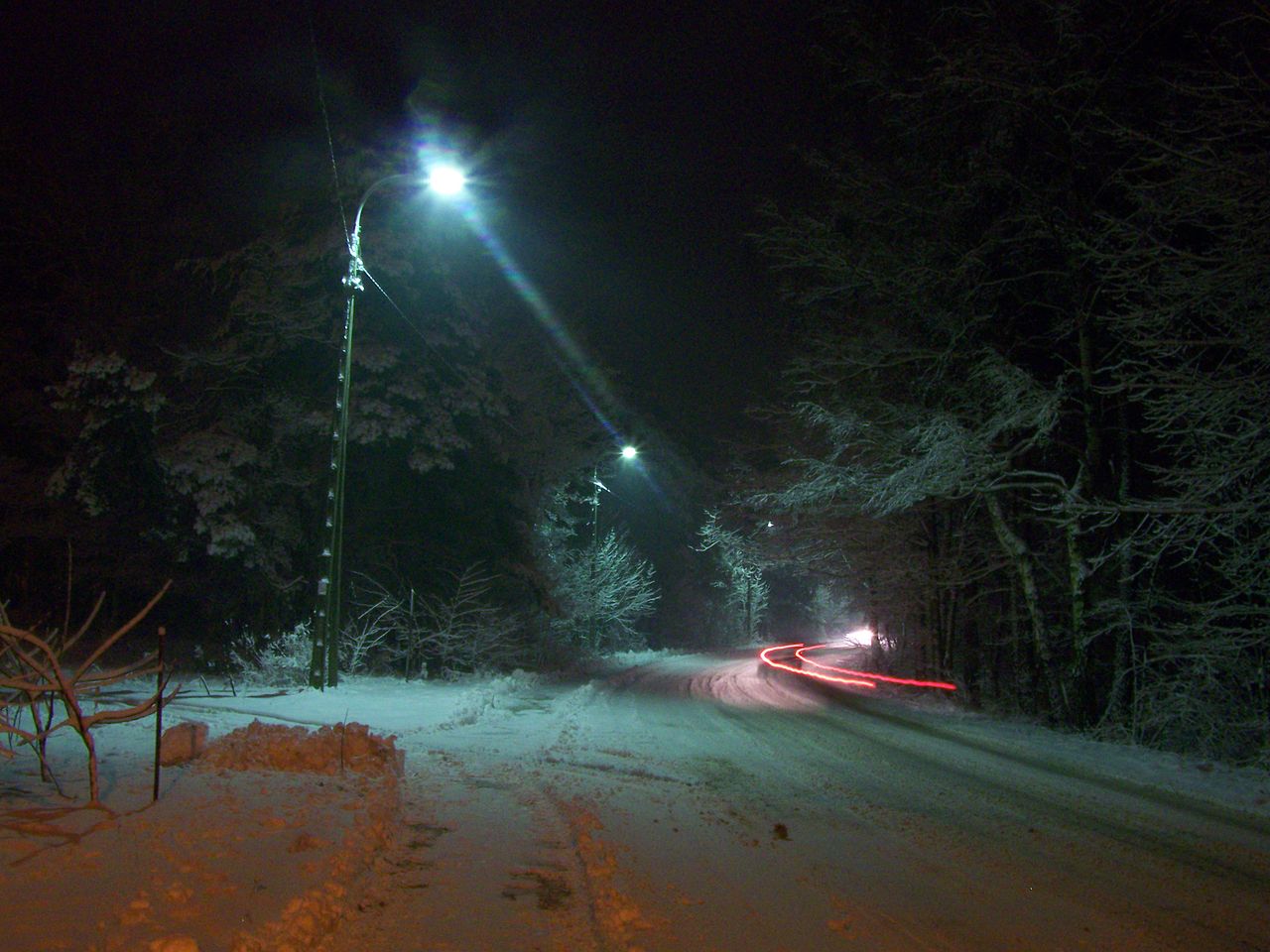 One upside of classic industrial lighting is that it’s efficient, and the cold white lights we see in (a dwindling number of) car parks are based on lights invented for greater efficiency in the early days of cinema.  Mercury vapour isn’t as efficient as modern ceramic lighting or LEDs, but they're reasonably good, and they create a very cold, actinic, blue-white light that references industrial gloom.  On film, they often render kelly green, but digital cameras tend to see a cyanotic tinge.  The colour rendering, from a technical standpoint, is absolutely horrible, but that’s what we’re here for.

Bulbs in the 80 to 160 watt range are often egg-shaped on an E27 (that is, Mogul) base. Clear glass types have a more classic colour reproduction, though they should be used inside a fitting designed for them given ultraviolet and explosion hazards.  White-coated types tend to have better, though not good, colour performance.  Like any old-school discharge light, they need a ballast, and traditional ballasts create flicker at the mains frequency.  Work around that with careful shutter speed selection, or get one that's advertised as an “electronic ballast,” which is less likely to flicker.

Following the diagram printed on an electronic ballast is barely harder than wiring a plug, but shouldn’t be approached too casually since it involves mains electricity.  A 160W ballast and bulb can be had on eBay for under £50 and can be rigged into various fittings.  Bigger versions are available up to 1000W, which is a bright light.  Mercury vapour lamps were banned in 2015 in the EU and 2008 in the USA, but they’re still obtainable as used, ex-installation parts.

Doing this with LEDs is actually quite difficult because a mercury vapour light is a hard source, and only a few companies – principally Hive and ARRI – make colour-mixing Hard Lights.

Blade Runner embraced fluorescent light as a production design choice almost at the level of a Dan Flavin art installation.  Making modern tubes and digital cameras look like old, bad tubes shot on film can be tricky, since both have improved to the point where they actually don't do that any more.  With LED technology ascendant, there's also some question over how long fluorescent tubes will continue to be available.  While they are, tubes most likely to give the sort of harsh, cold light we're after will be described as “cool white.” One trick is to mix in the occasional “warm white” tube as a colour contrast, and to further the grimy feel of carelessly-replaced tubes.

Compact fluorescent lamps use exactly the same technology as a full size tube, and can be used in similar ways.

There's a three-digit code system for fluorescent lights in which the first digit suggests colour rendering performance (9 for reasonable, 8 for not so reasonable, and 7 for hilarious.). The second pair of digits indicate a colour temperature in hundreds of kelvins, so a 765 would be a harsh cold blue-white, while a 930 would be a pretty reasonable tungsten simulation.  Do not buy clear glass fluorescent lamps intended to produce UVC, often called “germicidal”; they produce a cyan glow when on, but they'll cause sunburn and eye injuries in minutes.

Driving fluorescents is easy – just buy a fitting, although the same considerations apply around traditional and electronic ballasts.  Movie-industry LED replacements can colour-mix a simulation nicely, but they're expensive, so buy the real thing while it's available.

Fairy lights create a bucolic glow in Kozani, in a photograph by Wikipedia user (Makedonas)

In the world of warm, comforting light, there's tungsten halogen movie lights, then there's warmer stuff like household incandescent lights, then, beyond even that, there's fairy lights. Not LEDs – tungsten incandescents.  Put them on a dimmer and the glow is as golden as a 1980s Nescafe commercial You can do that with any incandescent, but the specific advantage of fairy lights is that if they're left in the box they came in and run like that, they become something rather like a modern diffused LED panel, only with incredibly beautiful colour rendering.

At least one brand of LED panel can simulate tungsten dimming, becoming redder as they get dimmer, but that's a rare feature and gelling LED to go warmer often doesn't work very well because LEDs have such a strange spectrum. Programming a colour mixer to go very warm works, but at some level there's nothing quite like the real thing. This isn't so much a coarse lighting technique as a way to achieve very subtle and pretty lighting on people's faces. A common trick was to tape the box to the dash of a car for a night interior. It's another thing that's being overtaken by the march of technology. Buy 'em while they're available – if they still are.

And An Honourable Mention

You want orange? A low-pressure sodium light will give you more orange than most people know what to do with. It's a specific effect, a one-trick pony, but so much is being pulled out and replaced with LEDs at the moment that it goes for a song on eBay and seemed worth mentioning just for fun. Again, it's a bulb that requires a ballast (not the same as for mercury vapour) and it is a monochromatic spectral notch that makes it almost impossible to identify colours, but if you wanted some colour contrast, it'll give you that. Sodium is also epically efficient – hence its popularity – so even small, forty-watt types do a lot.

Let us know in the comments if there's any other madcap lighting technologies that have done nice things for you in the past, or about any favourite tricks for simulating this sort of thing with other tools.