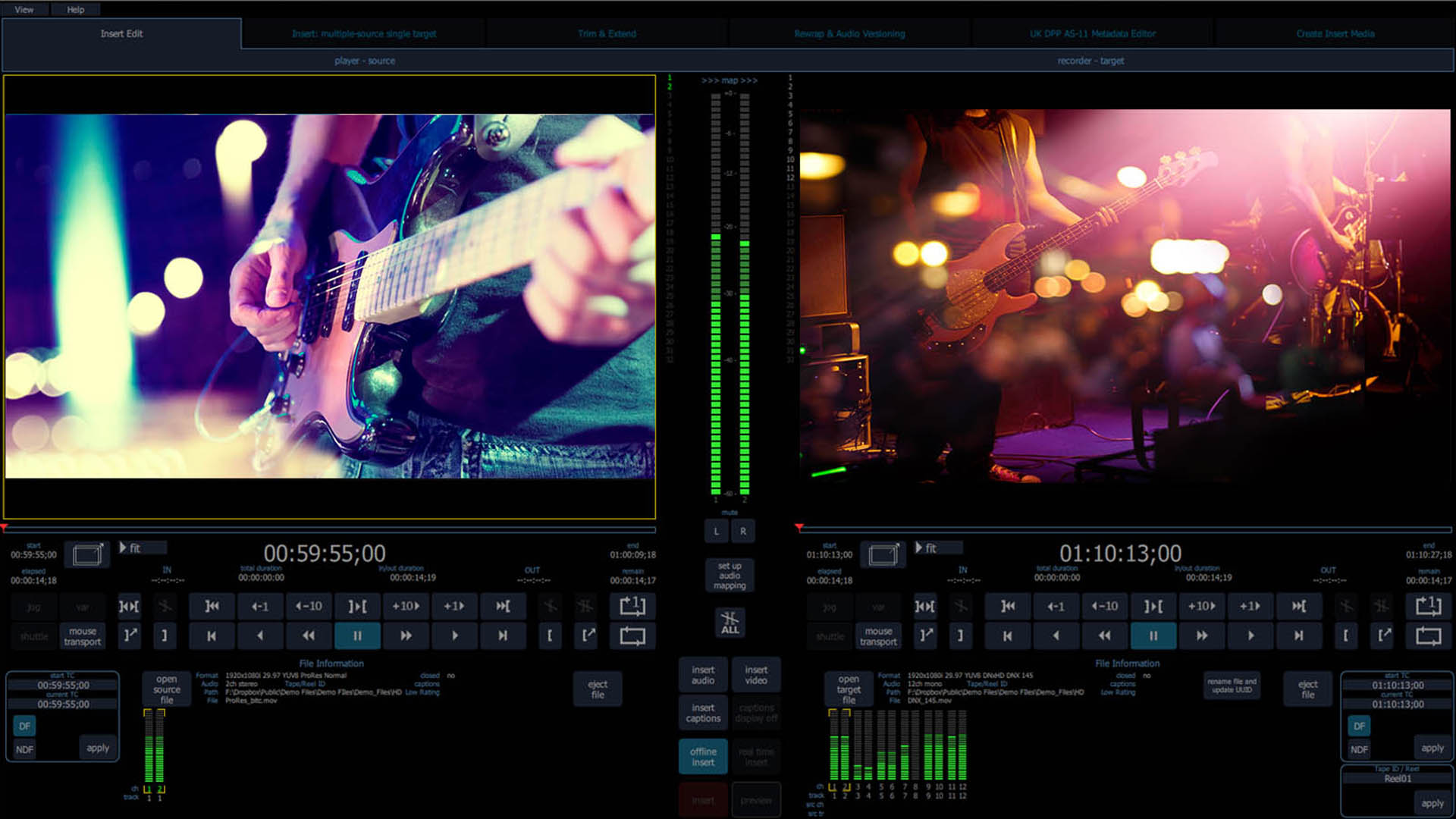 cineXtools from Cinedeck is a tool that allows editors to fix an exported video project file directly, without having to re-render and export the it.

Modern-day NLEs are fast, especially those that take full advantage of a computer's powerful GPU. But there's nothing quick when having to make a change after a project has been rendered and exported, and that's where cineXtools comes into play. You'll be able to take an exported video project flat file, open it in the cineXtools app, and edit video, audio, and closed captions.

The UI is laid out pretty well, and you'll be able to use the insert button to handle the editing between the player and recorder windows (source and target files). It's essentially non-linear editing simplified, but you're not having to re-export the file. cineXtools handles a number of popular codecs and resolutions (up to 8K, plus batch processing.

There are options for Insert, Audio, Trim and Extend, and Timecode Re-Stripe, and is available for both Mac and Windows users. The price starts at $29 per hour, and you can buy 1-year licenses, including:

This is ideal for those doing heavy post-production, and if a change needs to be made that could take time to re-render and export, this will help. The time savings can be realized early enough in many cases, and the prices for each package drops significantly in the second year and beyond.

cineXtools is a something editors and post-production houses doing heavy loads of work should consider. This is especially important if you have to fix, re-render, and export a project that's already been finalized; the time to do is costly, especially if the mistake is on the part of the editor.