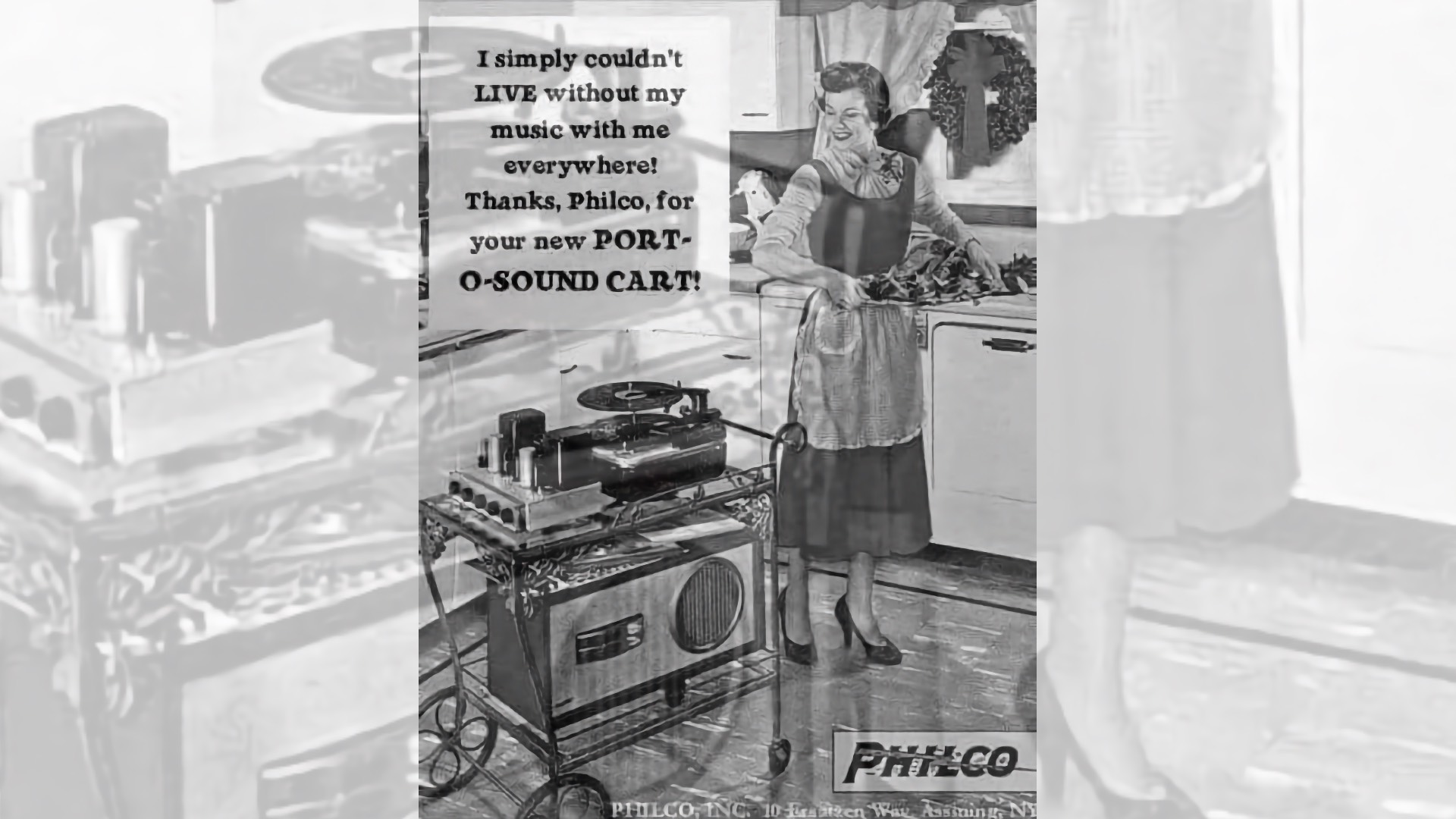 Low-Fi is a form of nostalgia, a gift that keeps on giving. Why do we love grungy content reproduction?

When I was a nerdy teenager (as opposed to a nerdy adult), I spent far too much time listening to shortwave radio. Pre-internet, to hear distant radio stations, you had to listen on the shortwave "broadcast bands", where most countries in the world beamed news (often propaganda), music and culture with a local flavour for the rest of the world to consume.

Shortwave was always a hack or workaround. Radio doesn't bend around the globe's surface, but signals bounce between the ground and the electrically charged ionosphere at the right frequencies in a gigantic series of zig-zags. It wasn't perfect but good enough. The ionosphere isn't stable: it shifts and warps with temperature and a million other variables. As the size of the earth-to-sky hops changes, you get interference between them, causing a "phasing" sound familiar to guitarists and Fender Rhodes players from their effects pedals. Listening today to those old shortwave recordings is incredibly nostalgic. It's the source of powerful emotions. And this effect is far too strong to dismiss as trivial.

The nostalgia effect is arguably more potent than or at least tends to override our own senses. What other explanation could there be for vinyl records being so popular? Vinyl has a few things going for it: bigger record sleeves, easy to play and "decode", and long-lasting, but a longer list of things against it: deteriorates with time, is easily damaged, and has inferior sound quality compared with modern digital recording techniques.

I wrote in this article that what we think is the intrinsic quality of a vinyl recording is, in reality, just an "effect" that can be perfectly reproduced digitally. It actually doesn't really matter. If you like the sound of vinyl (and, sometimes, I do, too), that's not very different from enjoying the exquisite taste of peanut butter or mustard on a hot dog. It's just a preference.

I'm starting to wonder whether the effect of nostalgia in our recording media is more than a textural thing; that it's instead symbolic or "semiological", to put it in technical terms. It may be a token or trigger that puts us into a mode of perception where we're receptive to warm, comfortable feelings. In fact, there's more to it than that, as we'll see in a minute.

In recent years, I've realised that the cheap and basic stuff I used to own was pretty good. Obviously, not in direct comparison with today's technology, but in its own terms. Taken in context, some of the photos I shot with my now 18-year-old Canon EOS 300D - a 5-megapixel DSLR - were remarkably good (technically, if not artistically). They stand up pretty well. It's only under close scrutiny that you'd notice any shortcomings. It may be because JPEG can be flattering: it gives a decent picture if you don't have the palette of processing options available today.

Going back further, I got started in photography with a Zenith SLR. It was a fantastic first camera, as agricultural as a vintage tractor but built to last and with decent optics. I paired it with a Zenith enlarger.

Before the wall came down, I took the camera with me as a student to Berlin and shot black and white photos of my friends in front of famous landmarks, which I then printed with the enlarger. The results were - what's the word - powerful. They didn't just capture the frustum of the camera's gaze, but, to me, the feel and the sensations of the era itself.

The roots of nostalgia

There are all kinds of questions here. Does the nostalgia come from the content of the scene? Absolutely: those circumstances were unique to that instant in time. Does the medium add to it? Certainly: the imperfections in the film (dust, scratches), the processing (Light leaks and spills from the enlarger, which at times resembled a disco mirror ball) and the paper (decades-old Ilford paper that isn't made anymore).

All of which makes it sound like you couldn't recreate that feeling with modern techniques. But that's because it's personal to me. But could you recreate the general feel of the period, including the look of the images, with digital techniques?

My strong feeling is that you absolutely could. Not only is it relatively easy to duplicate the look and feel of vintage media, but it's now ultra-realistic with the use of AI.

What I find fascinating is that the experience of nostalgia is most readily evoked with the simplest of techniques. One offshoot has become known as "Low Fi". It's possible to create some of the most powerful feelings of nostalgia by selectively and carefully adding imperfections. In music it's led to whole genres of music like Lo-Fi Hip Hop. Often, it's not particularly specific. Playing a piano through a wonky cassette tape simulator perhaps makes us think of the sixties or seventies (I apologise to any readers younger than 45!), and adding EQ to give a "mellow" sound makes us think of old radios. Apply a swirling, phasey effect, and you could be listening to Radio Luxembourg in 1966.

Want to know what all that sound like? Here's an audio track I composed, Frustrating Satellite, that illustrates it well.

Media nostalgia has become a meme, and these memes are nested within others. They become interdependent but more potent at the same time. Low-fi is code for "nostalgia", which itself is code for "alternative futures" - in other words - longing or wishing that things were different - and perhaps better.