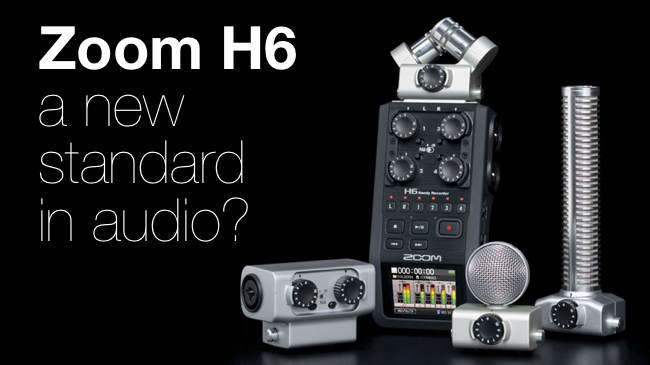 There's going to be no shortage of very highly capable cameras in the next few months and years. DSLRs have been on the video scene for a few years, and now face competition from relatively low-cost cameras aimed directly at the cinematography marketplace

But a common feature across all of these devices is that they have less than stellar audio facilities. This is - there's no way around it - an issue! And it's not just a question of having a socket to plug a microphone in. You need monitoring capabilities, and multiple tracks would be good as well.

Zoom, the company famous for its low-cost guitar effects, has made audio recorders for some time but has now decided to position itself at or near the front of portable audio recorders that are suitable for use with cameras.

It comes with interchangeable microphone modules and a plethora of features that will help independent camera operators improve the quality of their audio capture. We like this approach.

Full details and a video on the next page.

• Gain controls (real knobs!) and -20dB pads for each input

• Large full-color LCD display, angled so it's easy to read in all environments

• Records directly to SD, SDHC and SDXC cards up to 128GB

• Voice memo and up to 99 marks per recording

• USB port for data exchange to and from computer

• Over 20 hours of operation with 4 AA alkaline batteries