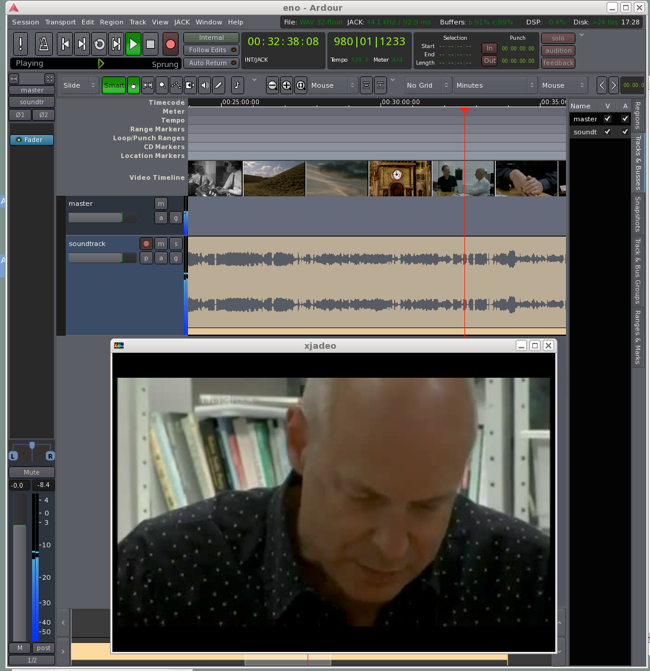 Previous RedShark News articles have dealt briefly with the high-end audio editor Ardour. Developed initially on Linux, it is one of the biggest and most complex multimedia projects ever devised as an open source project from the start. It has been run largely on the basis of voluntary donations from users - but also with significant financial support from a number of commercial sponsors that has funded a small team of developers. The creation of such a complex application with such slender resources is an amazing achievement and a tribute to their commitment and determination.

OS X but no Windows version

Ardour is also available on the OSX but not on Windows which is why it is not as well known as the more basic--but still excellent--cross-platform open source audio editor Audacity. The developers, led by US-based British software engineer Paul Davis, say that they do not have the infrastructure just yet to support a large influx of Windows users. A customised commercial version of the software is available, however, on Windows under the name Harrison Mixbus. 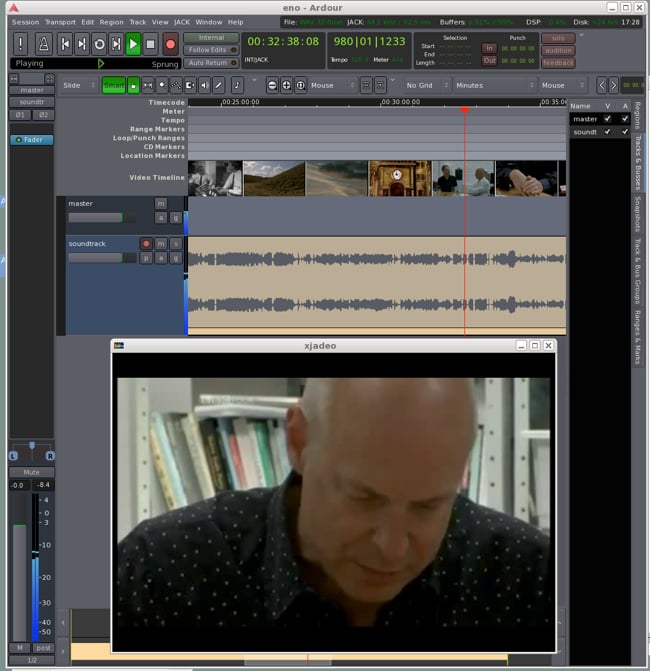 Ardour has undergone some significant developments in recent months. A new version 3.0 was released in March of this year. Previous versions did not have midi capability--it was limited to audio editing. Version 3.0, however, now supports midi recording and playback as well which will be good news to keyboard players and video editors seeking to create their own spooky sci-fi soundtracks with electronic synthesizers.

But what will be of special interest to RedShark News readers is the even more recent release--on 13th June--of version 3.2 of Ardour which now has video support. This makes it much more useful to video editors looking for an audio counterpart to Lightworks on Linux.

As the Ardour news webpage states of v3.2:

The new functionality allows users to:

Import a single video and optionally extract the soundtrack from it.
Provide a Video-monitor window, or full-screen display, of the imported video in sync with any of the available Ardour timecode sources.
Display a frame-by-frame (thumbnail) timeline of the video.
Time-offset the video.
Lock audio-regions to the video: Move audio-regions with the video at video-frame granularity.
Export the video, cut start/end, add blank frames and/or mux it with the soundtrack of the current-session.

Furthermore, the setup is modular and can be configured in different ways, including:

Video support in Ardour does not:

allow for more than one video to be loaded at a time.
provide video editing capabilities"

Version 3 of Ardour will become available on OSX shortly. And presumably the new midi and video features will also be rolled out in Harrison Mixbus too in a future version.

Because Ardour 3.2 was released very recently, we haven't found any video tutorials illustrating it yet.