Every Science Fiction soundtrack needs one of these 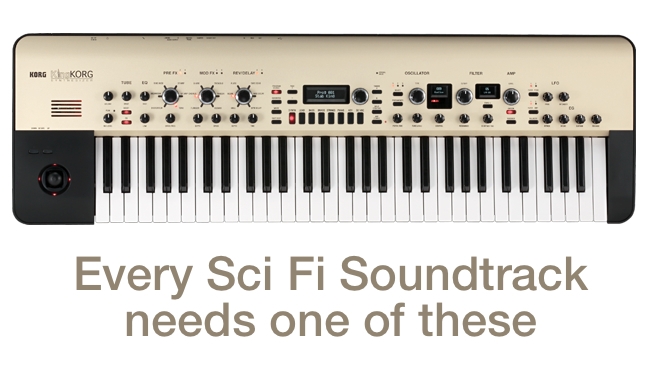 There really is something about the sound of an analogue synthesiser. 45 years ago, when these strange, other-worldly sounds first crackled over the radio, who'd have thought that today, the best audio engineers in the world would be striving to recreate that analogue sound digitally

Analogue synthesiser sounds have been a staple in pop and dance music ever since, with only a lull in the 80 while the Yamaha DX7 synth was in vogue (think of the bell-like notes on "Do They Know It's Christmas" and the synthetic harmonica on "What's Love Got To Do With It").

Meanwhile, the spacey timbres that emanate from analogue synths have populated any number of science fiction films and TV programs. That you can generate so many usable (and, yes, plain weird) sounds from such a simple underlying architecture is a testament to the early designers of these classic (but not classical) instruments.

Nothing stays the same

But analogue synths do have drawbacks. Because they're analogue, nothing stays the same. Oscillators can go out of tune, and knobs and sliders can crackle or go intermittent. An old analogue synthesiser can be at the same time a thing of sheer beauty and an absolute nightmare. There are examples that are just so complicated that keeping them running must make vintage Ferrari ownership seem like a frugal alternative.

These days, obviously, most most analogue synthesisers are digital - and that's not as contradictory as it sounds. Modern digital audio technology can not only approximate the sound of an analogue synthesiser, but can actually "model" it with great precision. The new digital analogue modelling synth from Korg, the King Korg, even supplies audio filters that are crafted to sound exactly like not only Korg's old analogue synths, but like their competitors as well.

And it does it with a degree of ease that must make any old-school electronic musician drool. As a finishing flourish, it has a valve (tube) audio stage, to add some real analogue distortion to the clean digital emulation.

Here's a comprehensive video run-through of the new Korg. The actual music starts at around 9:00 minutes.