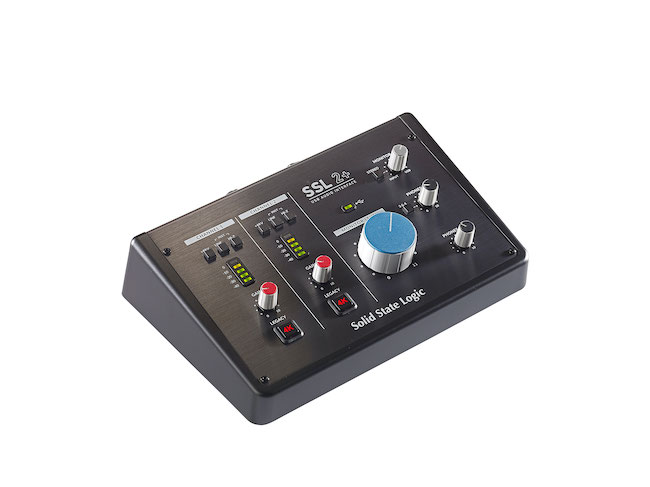 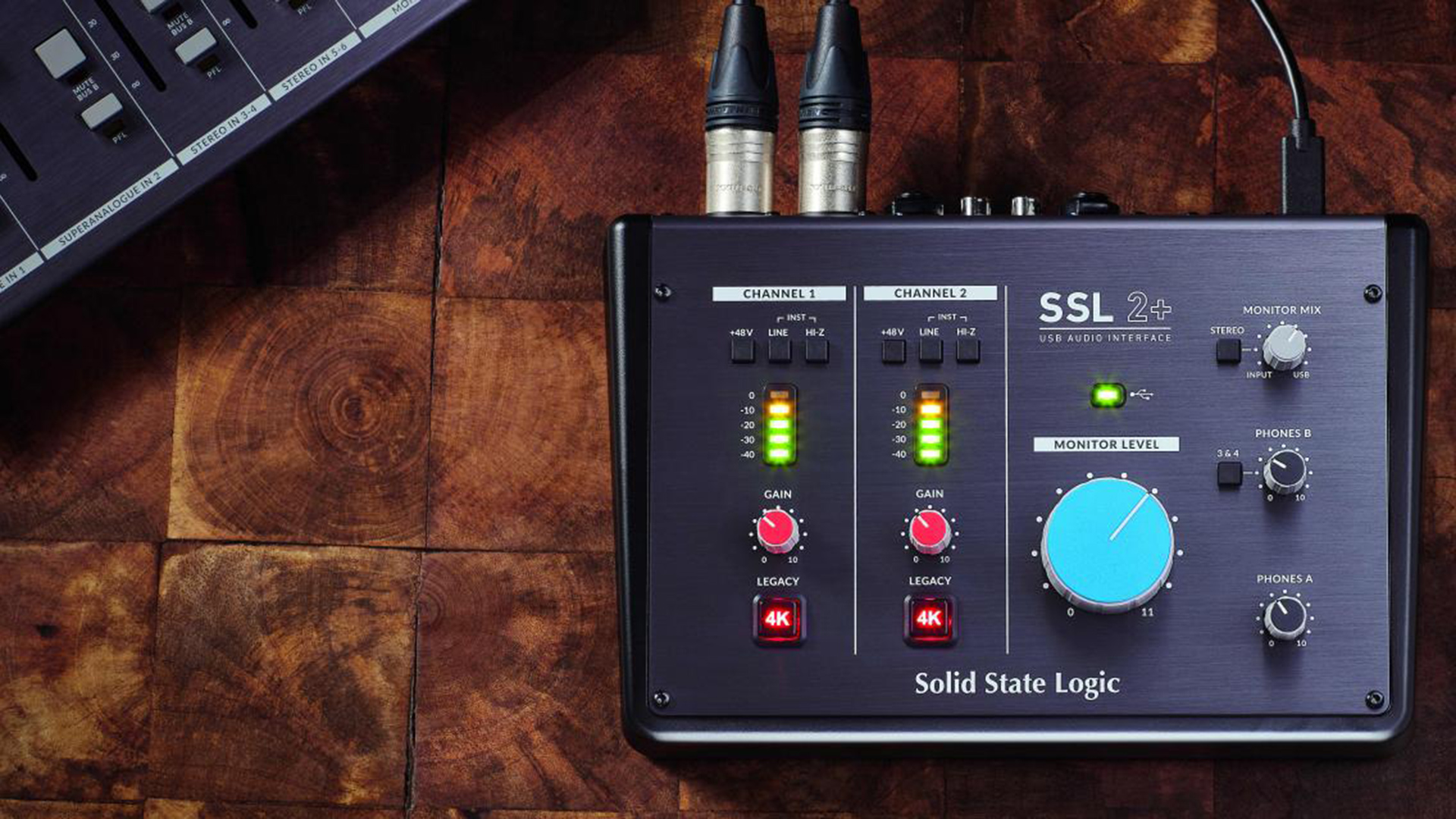 Review: If you’re into music or sound design, there’s a decision you’re going to have to face at some early point in your career: which audio interface do you buy?

Just in case you’re completely new to this, computers need an audio interface because even though they might have audio inputs and outputs, they typically won’t be up to professional standards. In any case, the inside of a computer is not a happy place for analogue audio - it’s noisy and spikey.

So here’s the basic job of an audio interface. Take a tiny, feeble microphone signal. Boost it to a more robust line level. Convert it with care and precision to numbers. And then send those numbers through a USB lead to a computer.

The computer also has to understand what’s been plugged into it (ie know that it’s an audio interface and not a coffee machine) - so this is where customer software (or drivers) help out. Most great interfaces are also “class-compliant”, which means that the computer kind-of recognises them in a basic way and protects your investment from being orphaned by upgrades to the operating system.

The SSL 2+ does all of these things and more. Importantly, it’s class compliant, too, so your investment is safe. 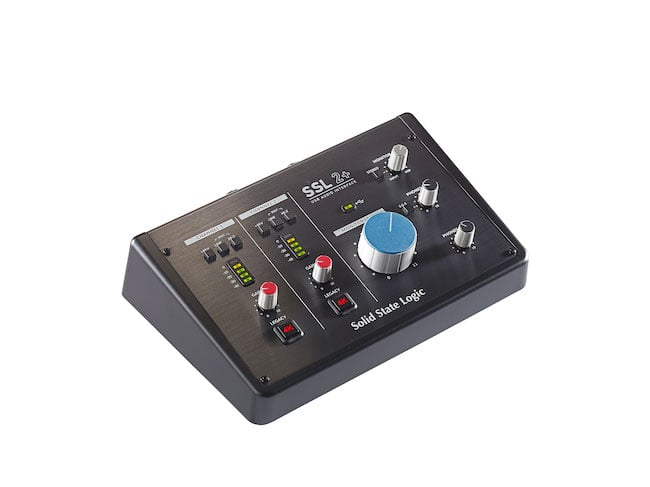 The unit itself is satisfyingly chunky, with an angled front panel dominated by a huge knob that controls the headphone monitor level. The fest of the panel is a simple as you could get with only a couple of controls that won’t be intuitive if you work in the video industry. They’re labelled “4K”. Rest assured that this is nothing to do with video signals. One of SSL’s most famous mixing desks was the 4000, which had a famous “sound” to it (the equivalent of a “look” in video, I suppose”.) We’ll come back to that in a minute.

There are controls for monitor mix and individual headphone levels. The right side of the panel sports clear LED meters and switches for phantom power, line level and hi impedance inputs. The remaining knobs, below the LEDs, are for input level.

The back of the 2+ is quite busy with USB C, MIDI in and out, A and B phone jacks, two stereo phono/RCAs and two Neutrik connectors that can take XLRs or 1/4” instrument jacks. That just about covers everything you might want to use it with.

The unit is bus powered - which means that you can power it from your computer’s USB socket: cables for both USB C and USB A are provided. This arrangement is trouble free, but if you have a something like Thunderbolt 3 drive and a 13” MacBook Pro, you might find yourself juggling ports and adaptors until you find a combination that works. 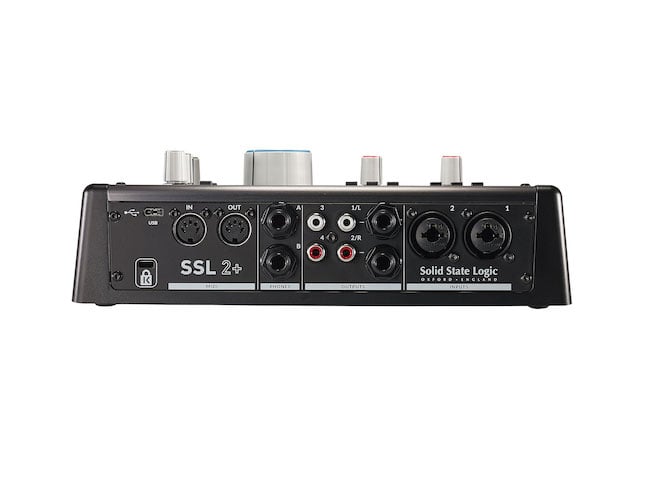 It’s extremely easy to set up the SSL. You just plug it in. If you want to use it as an interface between a MIDI controller and onboard software instruments, you’ll need to install an ASIO driver on Windows. Apple’s core Audio obviates that step on a Mac.

The interface immediately showed up in Apple’s Logic Pro X and I was recording from it in seconds. I tried it with a very high quality DPA micro Lavalier microphone which I had to hand and - straight out of the gate - it sounded very good indeed, with a rich and detailed vocal sound. I tried the “4K” effect, which seemed to provide a bit more “presence”: a slightly more engaging sound that was somehow fuller: subtle and certainly not fatiguing. If anything the upper end of the spectrum were a bit more pronounced and the bottom end seemed a bit warmer, but your impression of it might vary. I think it might be more obvious with an instrument like an acoustic guitar.

Either way - it was a nice effect and I could see myself using it. 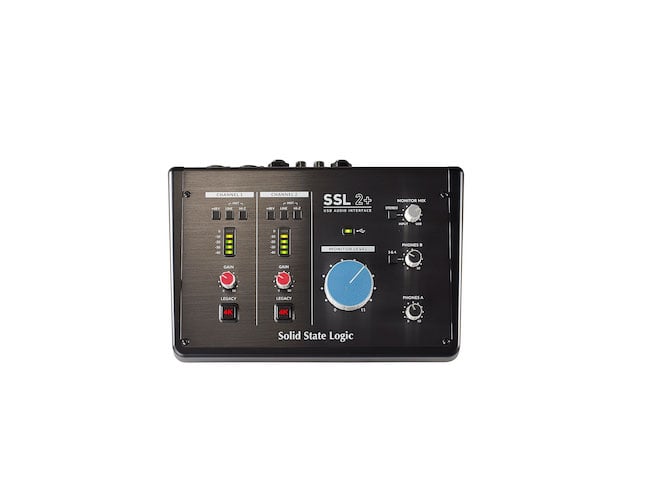 An audio interface is absolutely critical in your signal path. The quality of an analogue to digital conversion is burnt into your recordings. The 2+ sounded very good to me - and I’m comparing it to some very expensive converters that I’ve tried. Likewise, the output was clean with a good dynamic range and very good detail in both the individual channels and in the stereo image.

Having MIDI on board is an essential if you’re into analogue synths or other external MIDI instruments. With the SSL, you can record both the audio from the synth and its associated MIDI data, so that you can edit the MIDI and play back your MIDI recording while you re-record the audio from your keyboard - all in perfect sync.

I really like the SSL 2+. There’s something very reassuring about it because it comes from SSL, and the build quality reinforces this impression. The specifications are certainly all there, with high sample rate audio supported and transparent and quiet Mic pre-amps. With a very useful range of inputs and outputs, an exemplary panel layout, I think this is extremely good value for the money.