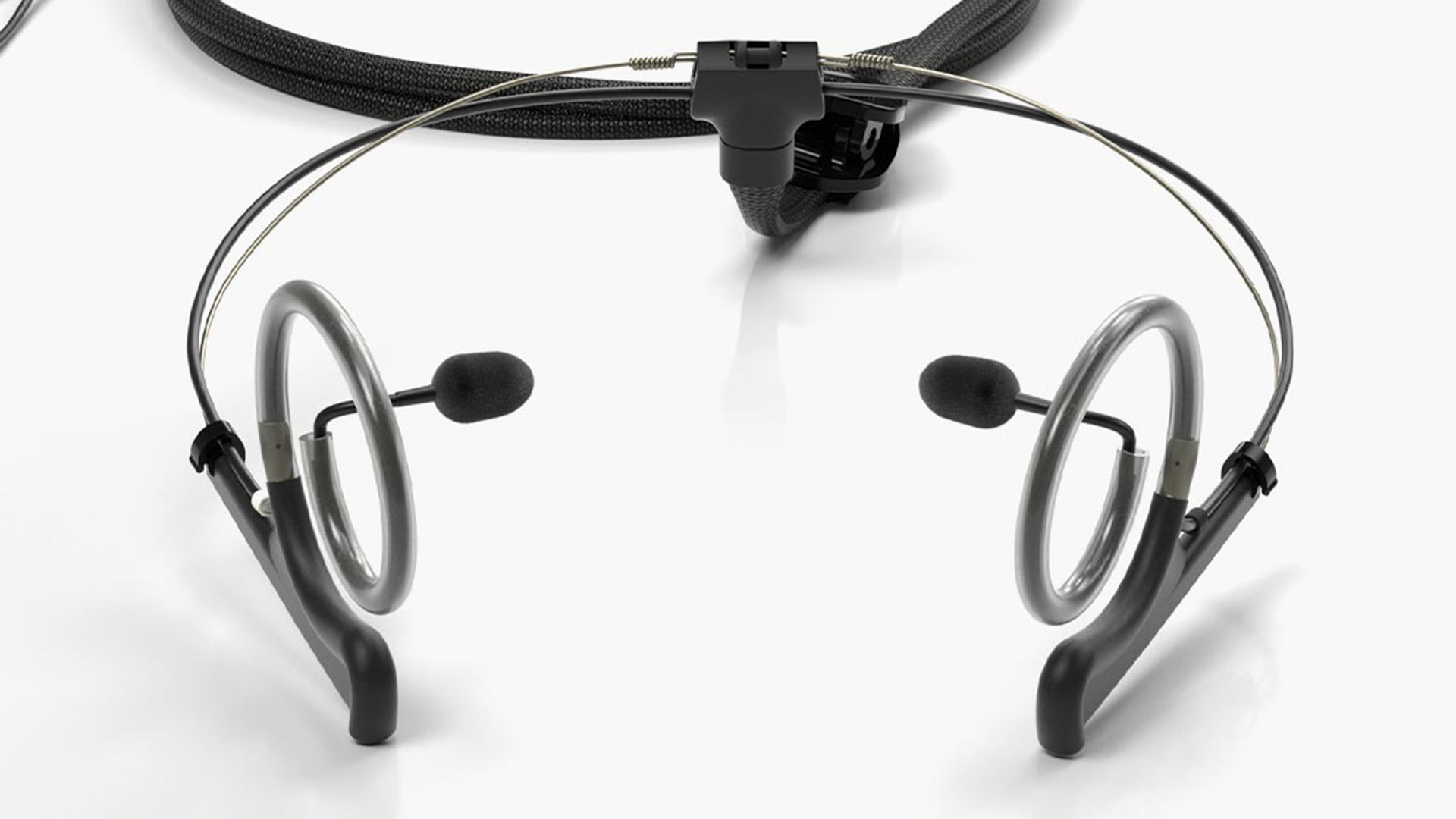 If you need a microphone to record a soundscape that comes close to being in the environment in which the audio was recorded, you need some binaural microphones. And the DPA 4560 CORE system looks to be an excellent way to do it.

Binaural recordings are made with two small microphones, usually mounted on a dummy head, each placed as closely as possible to the ear or even inside the ear canal. Doing so with the right equipment leads to a 3D stereo sound sensation that comes closest to being in the same room with the performers. The effect of a binaural recording can only be heard using headphones. Its success depends on the placement of the microphones as well as these being matched up in terms of sensitivity.

DPA’s 4560 CORE Binaural Headset Microphone is made up of a pair of 4060 CORE Miniature Omnidirectional Microphones that are mounted on two ear hooks. The microphones are handpicked, selected on sensitivity within ±1.5 dB. The 4060 mics have a frequency response of 20Hz - 20kHz and a distortion of less than 1% at 134dB SPL RMS, 137 dB SPL peak with a noise floor of 26dB A-weighted, 38dB ITU-R BS.468–4. This microphone, in a traditional headset configuration, has been the chosen headset mic for broadcasters and theatres on Broadway.

The microphones are IP58 certified. The materials inside the mic are water resistant; it will be hard to make it fail due to humidity. The microphone’s sensitivity is 6mV/Pa. This matches the level of the human voice to the general input sensitivity of most wireless transmitters.

The Binaural headset itself is the same as the 4266 Flex headset, a very thin, inconspicuous — almost invisible — headset. Mounting them is easy once you get the hang of it. The mics are held in place with silicon tubes mounted on fine metal sliders that go behind your neck with the mics going into your ear canal. After a while, my test mics started to irritate my ears, but that could be due to not having the foam windscreens that normally come with the set. 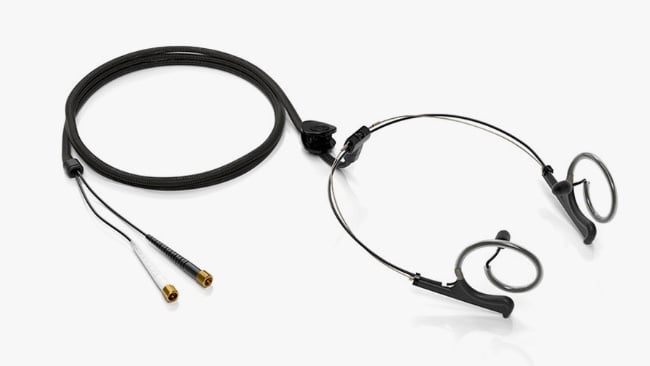 I took the 4560 and MMA-A with me on a trip to a busy shopping mall and connected the MMA-A to an iPad and recorded with GarageBand. The sound recording was baffling when listened to on a pair of Sennheiser 650HD headphones. Contrary to stereo recordings and somewhat astonishingly, you can accurately position every sound. I always thought stereo could do that, but it appears it cannot the way binaural recordings do. In my test case, I could replay my walk through the mall and pinpoint every sound that I experienced while being there. The DPA mics picked up every sound to the smallest detail and with the naturalism I’ve come to appreciate from DPA’s microphones. DPA also sent me an MMA-A USB audio interface to try the 4560 with, as well as a pair of XLR converters to test them with my Apogee Element. The pocket-size MMA-A disc can be connected to any computer but also a tablet for which DPA developed a simple app with some basic controls such as gain, hi/lo-pass filter and monitor.

The mics themselves pick up sound from every direction. This omnidirectional pickup pattern gives you extremely natural and realistic sound compared to a cardioid mic. However, it can also produce a lot of feedback in live situations. Still, when you use such microphones close to the sound source, the equal frequency response will often give a more natural sound, can handle very high sound pressure levels and does not suffer from the proximity effect nor is it very sensitive to wind, pop or handling noise.

The 4060 CORE mics used in the Binaural Headset are small enough to totally disappear into your ears, but that’s not recommended. The windscreens that normally come with the binaural kit are relatively big in comparison to the mic, preventing it from sitting too deep to only catch muffled sounds. A minor negative is the metal sliding system which has a tendency to expand and twist. Luckily, the collar clip prevents the thing behaving wildly and succeeds in keeping the whole assembly stable.

During my shopping mall test, the mics stayed put even as the braided cable ran down my back underneath a sweater and winter coat, and while pacing which had me moving my core quite a bit. The occasional snag on the cable didn’t unseat the mics while the cable itself is robust enough to take these in its stride.

I had the 5cm diameter MMA-A interface tucked away inside my coat’s pocket connected to an iPad hidden away as well. For covert interviewing, concert recording, etc., the 24bit/96kHz capable MMA-A is a great device to add to the binaural capabilities of the 4560. The noise floor of –114dB (A-weighted) and a frequency range of 20 to 40 kHz at its highest sample rate are more than enough to ensure top quality recordings. Its weight of 50gr allows for comfortable wearing and the quality is outstanding and I found it to be identical to the recording I made with the 4560 hooked up to my Apogee Element 24 for all practical purposes.